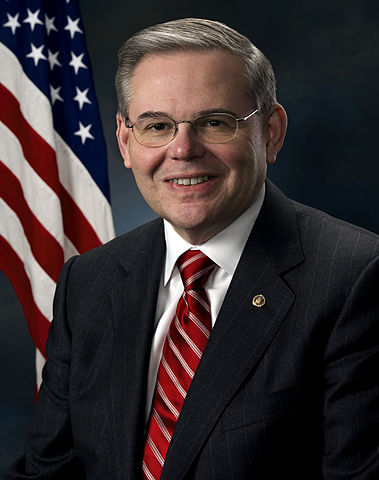 The Newtown tragedies have left an indelible mark on our national psyche. It is hard to fathom evil that is so vile as to assault the most innocent among us. Anyone who has children can empathize with the families and the community left in the wake of this evil. But should we be as shocked as we are? This tragic event has made me focus on three separate and distinct types of hypocrisy in modern day America that influence the way many think.

Our nation rightfully mourns over the deaths of the children that were massacred in Newtown but why don’t the same people mourn over the 3,000 babies that are murdered every day in America? What about Mr. Obama, who gave a compassionate speech regarding the tragedy? At times he seemed to be restraining tears as he recounted the event. I would count it to his credit if I didn’t remember that this is the same man who voted to leave babies to die without medical help that were born alive after a botched abortion procedure. Once again, I don’t think there is any way to explain this except as hypocrisy – or perhaps evil.

Or is it age from the date of conception that matters? In other words, from 1 day to 9 months from the point of conception, life is not life but a mother’s choice, but at 9 months and 1 day after conception, life is life and worthy of protection? If life is not easily defined and subjective, then why are we surprised by the growing disregard for life we are seeing in this country? Are the lives of 5- and 6-year-olds more valuable than the lives of babies in the womb? And what about legislators and Supreme Court judges who have made it easy for women to believe that it is all right to kill babies? In my not so humble opinion, any man or woman who does not understand that the most basic function of government is to protect life – especially that of the innocent – are nothing less than hypocrites – or perhaps evil.

You can be sure that gun control advocates will seize the opportunity to over-regulate our second amendment right to bear arms. Don’t get me wrong. I believe some forms of gun control are in order, such as background checks that prevent known criminals and diagnosed psychotics from purchasing firearms. I also believe that those who commit crimes with guns should be given extremely harsh sentences.

The hypocrisy of gun control advocates resides with those who are now making their voices heard but remained silent during the Fast and Furious debacle. It seems our gun control advocates, such as Senator Robert Menendez here in NJ, remained silent regarding Fast and Furious. Co-incidentally, Menendez is also an uber-liberal who supports abortion on demand up until and including the time of birth. Now this man would have you believe that he is a protector of life?

If Menendez and his cronies really wanted to protect our children from gun-toting crazies, he would pay attention to the statistics that tell us that right to carry states have lower crime rates while strictly controlled gun states have higher crime rates. Honest protectors of life would propose that all principals, vice principals and guidance counselors carry guns and learn how to use them. If this had been the case, the outcome in Newtown would have been very different. Actually, in this case more guns make more sense than fewer guns. Again, hypocrisy or evil? In Menendez’s case, it’s probably both.

Menendez isn’t the only hypocrite in government concerning gun control. Interestingly enough, many of the supporters of gun control are also supporters of abortion. Another example would be Eric Holder who orchestrated the Fast and Furious debacle. Mr. Holder apparently did not regard the lives of the hundreds of Mexicans who were killed by the drug lords his program supplied with guns but we are to believe that he values our lives and is therefore trying to regulate the sale of firearms? And where was Mr. Obama during the planning stages of Fast and Furious? Turning a blind eye at best, and subsequently protecting Mr. Holder under Executive Privilege. Many gun control advocates in government are uber-liberals (like Menendez) who do not value life but do value power. They want to usher in a new age of government where their power is not threatened by us crazy Americans with guns. While I have been calling this category hypocrisy, it might be a great deal worse. When weighing the records of many of these proponents, it is hard not to believe they have ulterior motives that do not represent our best interests. Once again, hypocrisy or evil? You decide.

In a society that believes you have the right to chose what is right and wrong, what is right and wrong becomes subjective and not absolute. Welcome to the 21st century when the 10 Commandments are marginalized and man’s “opinion” is elevated. The problem is that sometimes man calls good “evil” and evil “good.” If history was actually taught in our government-run schools, our kids would understand this premise.

Reprinted from The Daily Rant, by arrangement with Mychal Massie.