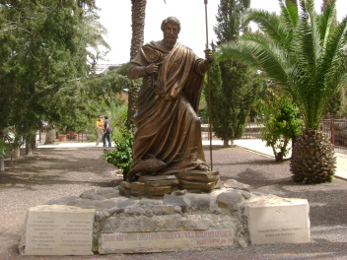 The Hobby Lobby chain has made their case about more than a Supreme Court Justice playing favorites. The owners of Hobby Lobby took Christian witness to a new level. And they now bear devastating witness against their country.

Hobby Lobby runs a chain of 500 arts-and-crafts supply stores across the country. The family of founder David Green still own the company. The Greens have never tried to “keep up with trends.” Among other things, they still do not use bar-code scanning for pricing or inventory control. They price all items by hand, as they did when David Green opened his first store in 1972 .

The problem: the Greens are a Roman Catholic family. They believe that they should not use anything that can cause abortion – or pay for it, either, for anyone else. That includes their employees. The staff at Hobby Lobby have always understood this.

But the Obamacare Law of 2010 lets the Department of Health and Human Services tell companies what their health-care plans must cover. And HHS Secretary Kathleen Sebelius ordered that all plans include all kinds of contraceptives. This includes “emergency” contraceptives, or “morning after pills.” (Some of these go under the trade name “Plan B.”)

A morning-after pill is an abortifacient. It stops an already-formed embryo from implanting. So anyone who says that the government is not making people pay for abortifacients, is lying.

Last Wednesday she denied the injunction. (See also here.) So if Hobby Lobby chooses not to offer the abortifacients, they could pay $1.3 million a day in fines. On Friday they decided not to obey the mandate. They gave this answer to the Court:

To remain true to their faith, [this] company [will not] pay for abortion-inducing drugs.

Several analysts saw at once that Sotomayor is playing favorites. In 2003, she supported the Ramadan Ruling of 2003. In Ford v. McGinnis, she found in favor of a Muslim inmate who didn’t get his special Ramadan meals. Why? Because the meals were subjectively important to the inmate.

How does that case differ from the Hobby Lobby case? In two ways, but neither way reflects well on Sotomayor or the country’s courts. First, Hobby Lobby is a company, not a flesh-and-blood human being. Never mind that the values of the company are those of its owners – in this case, the same family that set it up fifty years ago. Second, those owners are Christians.

Why should that matter? Because the Obama administration is arguing in court that they can, and will, force Christians to act against their faith. The argument runs this way: when you buy or sell, you must play by secular rules. In short, your faith may not show any public works. Furthermore, the government says it can make any law it wants, and as long as everyone must obey the same law, they’re not stopping anyone from exercising his religion.

Faith without works is dead.

Does Barack Obama seek to kill the Christian faith?

Other analysts point to the shaky ground that the government is on. The District of Columbia Court of Appeals ruled against the administration in two cases involving Christian colleges. The court ruled their cases ripe for judgment and ordered the government to send them status reports every 60 days on their proposed rule making.

When two judicial circuits split in their handling of similar cases, the Supreme Court has to take those cases, to settle the dispute.

But the real issue isn’t a split in the circuits, or a Supreme Court Justice playing favorites. Actually, two issues are in play. For one, Hobby Lobby now stands in the place of the Apostles. This includes Peter of Galilee, who faced the Sanhedrin after he gave one of the first sermons about Jesus being the long-awaited Messiah. Acts 4:1-22 tells the story. The Sanhedrin brought Peter and John before them, but couldn’t proceed against them. Why not? Because Peter had told a crippled man to stand up, and he had done it, in front of a large crowd of people at the Temple. So they tried to threaten them into silence. Here is what Peter said back:

Whether it is right in the sight of God to give heed to you rather than to God, you be the judge; for we cannot stop speaking about what we have seen and heard.

Peter wasn’t the first person to defy human authority in God’s Name. Daniel’s three friends, in Nebuchadnezzar’s Babylon, did the same. (Daniel 3.) Nebuchadnezzar asked them what God could see them safely through if he, the king, had his guard throw them into a brick-kiln. They told the king that if God saw fit to walk out of that brick kiln, they would – but whether they did or not, they would not worship any golden statues. The king had them thrown in. And they walked out, totally unsinged.

Daniel would get his own chance to testify to the supremacy of Divine authority – from inside a den of lions. (Daniel 6)

After Peter of Galilee came before the Sanhedrin, Paul of Tarsus gave his ringing defense before King Herod Agrippa II. (Acts 26). The Roman Procurator, Porcius Festus, blurted out that Paul was insane. That did not stop Paul from asking Herod Agrippa whether he believed the prophets or not.

Now Hobby Lobby is following the example that these remarkable men set.

The second issue is that in this country, a Christian faces down an openly hostile government. As noted here, here, and here, the owners of Hobby Lobby are now giving a Bible lesson no one thought any American would have to teach, in America. For this is how persecution starts: with the idea that the world expects you to pretend that God exists, but not live your life that way. Does that sound familiar? It should.

And he passed another law to give every man, high-ranking and lowly, rich and poor, lawful resident and inmate, a stamp like a cattle brand on the right hand, or on the forehead. No one would be allowed to buy or sell unless he had this stamp. That stamp has the name of the [world-ruling dictator] or his number.

Barack H. Obama is not the murderous, ravening monster (Greek Therion) of Revelation chapter 13. But that’s only because he looks like a one-hundred-ten-pound skinny weakling. No one would ever mistake him for a fearsome conquering field marshal. But he’s a wannabe, and he’ll do for an adversary to practice on, until the world sees a really fearsome dictator.

Hobby Lobby is now showing this country, and Christians everywhere, how it’s done. This link shows one way to support them. Another way is to follow their example. This administration will likely serve up many more opportunities for precisely that.

Christ – Lord of time and all creation