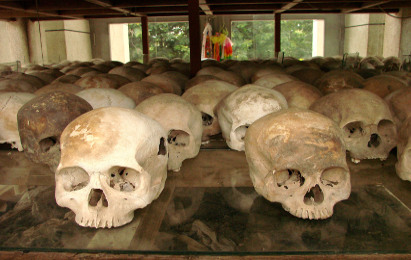 Over the last many decades the world has seen, over and over again, like a “Groundhog Day” nightmare, people of this earth, assist, support and even die for the Socialist, Marxist and Communist message of a Utopian Society. And just as many times, as the evil monsters of leftist tyranny acquire power, those dreams become a nightmare from which not only will they never wake, but where posterity will endlessly dwell. Never having the right to even ask out loud, “How did this God-forsaken life ever come to be?”

The vile message is consistent and it always plays upon the frailty and weakness of human morality: The Seven Deadly sins. Those emotions which God and religion, family and community, have striven to control, are the very tools the left uses to create an envious, angry and slothful society of human fodder.

The Communist theology requires rousing the masses to believe they have been cheated by whichever form of government they live under and that all the possessions, mansions, yachts and fancy living, enjoyed by a few, should and will be evenly distributed to everyone, regardless of who may have worked for it.

Without these masses of, as Stalin called them, “useful idiots,” Communism could never take hold. They rile and embroil, foment anger and envy, then organize a small minority into an frothing army willing to die for a society that never will be.

Who are the “useful idiots”?

This army consists of journalists, the guilt-ridden idle rich and of course the uneducated and morally corrupted. This platoon of buffoons helps to destroy every freedom, every sense of pride and every sense of personal worth. This is a prerequisite to complete and total government domination.

Let them be careful what they wish for! 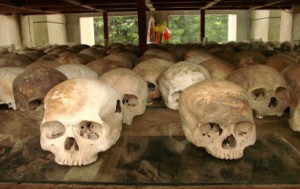 After they have helped remove God from schools, the father and mother from the family, the desire to work and achieve, the ability to feel sadness for millions of children ripped from the womb, and the freedom to protect yourself, your property and your family, this army, built on the Seven Deadly Sins, will awaken to a world where they are worse off than they could ever have imagined.

Friends and family will begin to disappear, history books will be rewritten, military presence will be everywhere, businesses will falter and decay, and as a result the ineptitude of government ownership and control, no new businesses will be created.

Then, no longer needing the people, the government that promised them everything, will give them nothing. Except, possibly a one way ticket to the nearest mass grave.

Generations of drudgery and hopelessness will prevail, and as the People’s Government lives the life of luxury and kings, the unarmed, uneducated and uninspired, will ask themselves: How did this come to be?

Meanwhile, someplace, somewhere in a far away land, a group of people are listening to an orator, a caring and wonderful man, as he asks why so many have so much, and others have so little. Follow me he says, I’ll make things fair. I’ll give you what you deserve.

And the crowd chants, Obama! Obama!