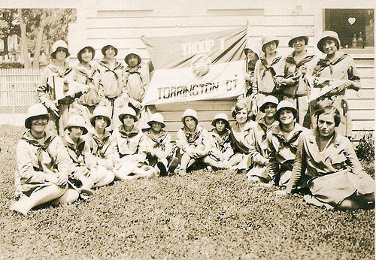 I asked many of you to please contact the Boy Scouts of America to ask them to adhere to their standards of morality by not allowing open homosexuals leaders and members into their organization. This brought to mind my own Girl Scouting experiences which I want to share with you that are not for the faint in heart.

Girl Scouts have lost their way 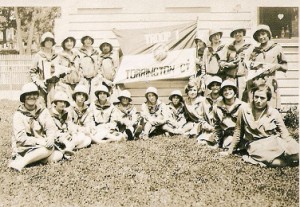 In case you don’t know the history Lord Baden-Powell started the Boy Scouts and Juliet Low began girl guides which was an offshoot of the boy’s group and later became known as the Girl Scouts. The Boy Scouts have maintained a stance that no openly homosexual leaders or members can join. However, the Girl Scouts do not hold the same values.

I was involved in scouting from elementary school to high school and basically my experiences with my local groups and leaders were great. That is until my parents shipped me off to Girl Scout Camp for several summers out of my local New York area to the camps upstate. Call it naïveté, or ignorance on my parents’ part for sending me there in the first place, but there was a pro-lesbian environment at the camps I attended and being so young and impressionable I questioned whether  it was the norm. Yes, many of my counselor were lesbians, and many of the staff also had scouting troops back in their areas.

Sex and the young Girl Scout

I was probably about ten, and I remember a counselor (they are all female) commenting on my attire and saying ” you had to wear a top like that”. I thought to myself what did she mean? It was a midriff top my mother purchased and I was ten with absolutely no physical development. I later found out my counselor was a lesbian. I also met a girl a bit older than me who apparently had some kind of relationship with the same counselor and was suffering a broken heart.

At the camp there were groups of girls having orgies in the tents. I remembered another young camper being horrified by what the girls were doing in her tent. I was young and had no idea what this was all about and thought this was not normal but questioned maybe it is – it was a confusing time in my life. This behavior at the camp was condoned and accepted. I believe there was a spirit of lust at the camp and many of the campers would have crushes on staff members who looked and acted like men rather than woman. Thank God, I did not fall victim or prey to any homosexual behavior but I will say it was very traumatic emotionally. I was relieved that my parents stopped sending me there.

An isolated incident? Not so.

Years later I met a woman who was on the Girl Scout Council. This is an unofficial statistic of course but she said that more than half the staffers on the board in NJ were lesbians. A mom complained to me that in my area there was a lesbian leading a Girl Scout troop and although she liked the woman she thought it was contrary to the spirit of scouting. Was this the intent of Lord Baden-Powell or Juliet Low? Although I never had the opportunity to talk to either, from what I learned about them, homosexuality was not the priority in the scouting organization. Scouting was created to teach resourcefulness, values and citizenship among many of the great things scouting can offer. Additionally, the Scout oath decrees one’s service firstly to God, and then country.

My contention is that Girl Scouting in some areas has gone astray since I believe that some lesbian leaders and counselors cannot do their job without imbuing and influencing young girls and woman their homosexual lifestyles, so I hope you will consider supporting the Boy Scouts and the true spirit of Scouting.

Editor’s Note: An alternative to Girl Scouting does exist. It calls itself Girls Everywhere Meeting the Savior. They are now in partnership with Christian Service Brigades. In light of the above, CNAV urges all parents of girls now in Girl Scouts to decamp from that movement, and join this one.