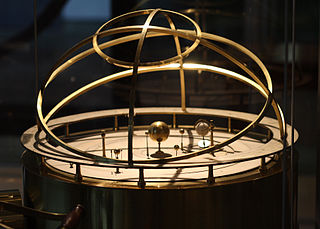 The most ancient calendars all assumed a 360 day year. But why, when astronomers have long known that a year is about 365.24 days? Because the earth once had a 360 day year, and something changed. The ancients remembered the 360 day year. But they forgot how the year changed, or even that it changed, for centuries after the event.

The ancient Sumerians, Babylonians, and Egyptians in the Near East, and the Mayas and Incas in ancient America, all spoke of a 360 day year. The Calendars through the Ages “Web Exhibit” has valuable insights on the oldest calendars that man ever used. According to this document, the 360 day year was the norm until the eighth century BC. In that century most civilizations realized that the year was at least 365 days long, not 360.

Ancient astronomers (who doubled as priests) typically declared a month with the new moon. When a month lasted only 29 days, the priests considered that “unlucky.”

Different civilizations declared the new year at different seasons. The Egyptians were the first to abandon the 360 day year. To account for that, they wrote a myth about a rivalry of the gods Re or Ra (sun), Nut (sky), Khonsu (moon), and Thoth (wisdom). Keith M. Hunter, who maintains the site Ancient World Mysteries, quotes that myth in the greatest detail on this page.

Most other civilizations declared the new year on or near the equinox, either in spring or fall. Floyd Nolen Jones, in The Chronology of the Old Testament, says the ancient Hebrews declared their new religious year in spring. Specifically, the high priest declared a month with the new moon, except that if the barley was not ripe in Jerusalem, the high priest did not declare the new moon. Thus the twelfth month (Adar) could have as many as fifty-nine days. (Hillel II would later set up a new calendar that calculated each month and year in a nineteen-year cycle, and “throw in” a month called “Second Adar” in specific years in that cycle. Hillel’s calendar has kept to the synodic month more closely than has any other calendar that people use today.)

The ancient Romans, for centuries, declared a month with the new moon. The Pontifex Maximus (literally, Master Bridge Builder – bridge to heaven, that is) had the duty to throw in an extra month between the ancient month Februarius and Martius. But Quintus Caecilius Metellus Pius neglected this duty, so that the calendar galloped ahead of the seasons. (The calendar, like much else in the last days of the Roman Republic, was politically sensitive.) When he died, Julius Caesar became Pontifex Maximus and announced he would throw the extra month in every year until the calendar was back in line with the seasons. But then he stayed in Egypt, and consulted with Cleopatra’s astronomer Sosigenes. He worked out a twelve-month calendar that would always align with the sun. Never again would the Romans reckon months by the moon. The Greek Orthodox church still uses this “Julian calendar,” but Pope Gregory IX added a rule about leap years in a century that the rest of the world uses today.

But the Bible also implies a 360 day year – before and during the Global Flood. Genesis 7:11 says the Flood began

in the 600th year of Noah’s life, in the second month, on the seventeenth day of the month

Genesis 7:24 says the Flood waters covered the earth for 150 days. Genesis 8:3 repeats that. Then Genesis 8:4 says Noah’s Ark ran aground on the seventeenth day of the seventh month.

That implies Noah and his sons (who kept the log of the Ark during its “cruise”) were used to a 360 day year of 12 months, with 30 days for a month.

Now one may ask: 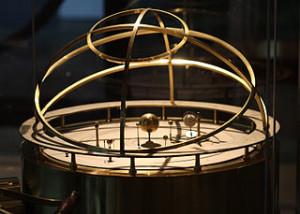 Danny R. Faulkner, in the fall 2012 issue of the Creation Research Society Quarterly, says no. Faulkner suggests that creationists posit a 360 day year only because the arithmetic is easier:

Some are motivated by what appears to them to be a cumbersome mismatch between the lengths of the day, month, and year. To them, this appears to violate the description of the original creation as “very good” in Genesis 1:31.

Others, he says, rely on Daniel, who used a 360 day year to calculate his prophecies of the future. Faulkner does acknowledge the verses from the Flood story (Genesis 7:11,24; Genesis 8:3-4). But he suggests that either the two spells of 150 days are not the same, or that the “150 days” is a rounded-off number.

In our overly litigious society today, the exact day count likely is to take precedence over an integral month count in tort matters, but the number of months undoubtedly is the intention. We do not know how many, if any, attorneys existed at the time of the Flood, but throughout history, an approximation of 30 days has been applied to the month, particularly when the number of months is low.

Why does 30 days show up to “guess” a month? Faulkner does not say. Furthermore, we might not know the number of attorneys (or rhetoricians, either) in pre-Flood society. But we do know that genealogists keep an exact account whenever they can. So, too, do ship’s captains. Remember: Genesis 6:9b through 10:1a is more captain’s log than anything else.

Faulkner objects to a 360 day year mainly because it does not seem physically possible to him. He makes two arguments:

Even the second change needs a change in the orbit of the moon. Why? Because a modern synodic month is shorter than the “original” 30 days even when the days are shorter than before.

How to change a 360 day year to a modern year

Faulkner seems to agree, reluctantly, that shortening the day by shrinking the earth is the more likely way to make a tropical year last 365.24 new solar days instead of the former 360. He then says no one has yet suggested how it could have happened.

Walter T. Brown discusses the 360 day year in his work, In the Beginning: Compelling Evidence for Creation and the Flood. Brown mentions “historical reasons” for a 360 day year here (in his chapter on earthquakes) and lays out these reasons here. He would agree with Faulkner that lengthening the tropical year qua span of time would take far too much energy. (It would likely destroy the earth, too.) So the year did not lengthen. Instead the day shortened. And it did not shorten through any torque on the earth. Gravitational settling caused the shorter day.

That settling happened during the Flood, and the violent events that attended it. Recall the essence of Brown’s theory: a subcrustal ocean broke out of its space, causing the most severe earthquakes in the history of the earth. As the subcrustal water rushed out, the overlying crustal plate (“hydroplates”) settled down. And so, as any figure skater will spin faster as she draws her outstretched arms inward, the earth spun faster as the plates settled. (That settling released enough heat to create a molten outer core and a solid metal inner core for the earth.)

But what happened to the moon? As Brown explains here, when the “fountains of the great deep broke open,” large amounts of water, rock and mud flew into space and stayed there. The breakout happened in the 17th day of the month, when the moon was two days past full. By noon on the fifth day of the Flood (the 22nd day of the month), the moon would be at last quarter. And for the next fifteen days, several heavy objects would bombard it. Other such objects would bombard it again, for fifteen days at a time, for several months after that. Those objects would lower the energy of the moon. The moon would then drop to a lower orbit and have a shorter orbital period.

The colliding objects would have been as small as molecules and as large as boulders. Or larger. Seven of them made the lunar maria and persist as the “masscons” that make a lunar orbit difficult to calculate for the long term.

Faulkner asked for a means to shorten the day, and shorten the month even more, at the same time. At least one creation theorist suggested a means. The earth surely could have had a 360 day year – before the Flood. After the Flood, the eventual founders of the superpowers of the ancient Near and Far East still kept the 360 day year that Noah and his sons kept. Generations, centuries, and millennia would pass before their descendants would abandon the 360 day year as out of touch with the seasons.

Related Topics:astronomybiblecalendarcreationgeologyscientific theory
Up Next

Life before Earth – or with it

[…] `The 360 day year was an ancient convention for thousands of years. Did the ancients merely round the year off? Or was that year real once? Good read: 360 day year: no coincidence | Conservative News and Views […]

Terry, once again, great article! Thank you. The 360-day year helps explain why a circle was divided into 360 degrees (and not 10, or 100). And not only is the 360-day ancient calendar evidence of that original state, but the 30-day months are likewise evidence. Changing the calendar is something that has enormous political, religious, and cultural significance, perhaps nearly as hard as it would be to change the world’s perspective of the East, Far East, and the West, centering on the Middle East region where post-flood history began. So, when Egypt made the switch, as word reached other cultures, they could have changed, and eventually, even far-flung lands heard of the change, or themselves simply tired of hanging on to the old calendar.

Yes. Now consider this: Joseph Lagrange, as head of the French Revolutionary weights-and-measures committee, devised a calendar to get away from naming the months after dead Emperors or Roman holidays. And when he did it, he copied the key feature of a pre-Flood calendar (12 months of exactly 30 days each), and another feature of the Hebrew calendar (naming months after features of the climate or of agricultural seasons, though he did not use all the same names). And to concede to the days being too short, he added five days (six in leap years) that had nothing to do with any months: the Days of Virtue, Genius, Labor, Opinion, and Reward, with a Day of the Revolution in leap years. But he did one thing wrong: he divided his months into three “weeks” of ten days each, not the traditional seven. Result: Napoleon abandoned the Lagrange calendrier républicain early into his reign. The Paris Commune brought it back, but it lasted only two years.

I suspect the Ravenous Regime (Revelation ch. 13ff) will adopt its own adaptation of the Lagrange calendar, maybe with a leap-year Day of Springtime between 30 Ventous and 1 Germinal. But when Jesus comes back, the Great Never-equaled Earthquake will reverse the gravitational settling and give us back a day that is exactly 1/360 of a tropical year.