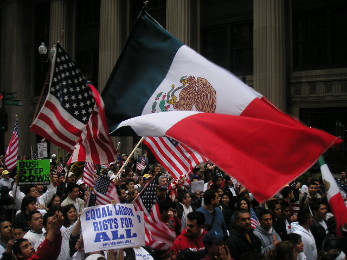 The citizens of this country have been and continue to be subjected to an endless barrage of attacks on our culture, our rights, our government and the religious ethic that founded this country. This is a strategy calculated to keep us so busy and demoralized that we cannot get ahead of the curve, gain our footing and go on the attack against the foe that is busy destroying the foundation of our country, society and lives one brick at a time. The barrage is so blatant and relentless that it is difficult to tell which assaults are simply annoyances and which may be aimed at vital organs. All the while those who wish us harm declare that they have our interests at heart, that it is the best interest of the children or elderly, the homeless or the repressed minorities that concern them and that we are simply paranoid when we imagine otherwise.

Fundamental change since the 1960s

This assault on our society is not new; it has been going on in earnest since the late 1960s.

There were drugs and the promotion of alternate reality which made the concept of sexual freedom seem less like promiscuity than a matter of personal expression. It was then only a tiny step to feminism which asserted that there was something wrong with the traditional role of women resulting in a weakened family structure that left men wondering what their role was supposed to be in all of this.

Feminism demanded that women be master of their own lives and bodies so the right to an abortion became a major societal debate which divided us into the Pro-choice and Pro-Life camps. Abortion attacked the sanctity of and cheapened human life as we decided that we, not God, would decide when it was okay for a life to begin and when it was not and even decide when it should end, at least when it comes to life inside the womb! This slippery slope has lead to suggestions from one member of the Obama team that “post birth abortions” or the murder of those born with deformities or mental incapacities that could burden society is acceptable up to a yet to be determined age.

There was relativism which insisted there were different truths and, therefore, different rights and wrongs for different people which meant that the Ten Commandments needed to be removed from schools and courthouses because they were in conflict with this notion. The progressive’s reading of the First Amendment meant that religion could not be talked about in any institution that depended on public funds because that would be tantamount to the Government endorsing a religion. The Constitution actually says that “Congress shall make no law respecting an establishment of religion, or prohibiting the free exercise thereof;…” but they successfully convinced society and some courts that their interpretation was the real meaning of the First Amendment so religion was banished from the public square.

Multiculturalism is the idea that we should be more aware and tolerant of or even celebrate and acquiesce to the cultural practices of the many peoples who come to America. It is the opposite of the melting pot theory that created this great nation. The original idea was that many people came here for the same reasons; freedom, equality of opportunity, to take part in the dream and to do better for themselves and their families. They came to our country to share in what we had built. The melting pot required assimilation which meant that immigrants who came would bring something of value to the table and become an integral part of the America experience. They would come here to be Americans and they would be proud of their new status. When in Rome, do as the Romans do, as the saying goes. This way a nation retains its identity and everyone feels as though they are a part of it.

Multiculturalism suggests that we should treat immigrants as guests in a boarding house and cater to their desires. We should see that they have the food they like, cater to their customs and respect their culture. In this arrangement the immigrant does not assimilate and remains a separate entity with different needs and desires from those of the host country. In many cases, as with Muslims, they may dislike the host country and not be there to join in the experience but to plot against it while taking advantage of the host’s hospitality and institutions viewing these as the wages of jihad. 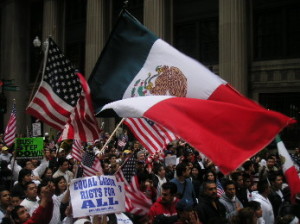 Those who dislike this country and wish to fundamentally change it have used multiculturalism to dilute our society so that we are gradually being taken over from the inside. The chief tool in this effort is immigration both legal and illegal.

The progressives among us, both Democrat and Republican, have been increasing the legal immigration quotas for years to the point where there are more immigrants coming in each year than we can possibly assimilate. When questioned they say, don’t be silly, this country was founded by and needs immigrants. This may be true but it is also true that too much of a good thing can kill you and so it is with immigration and they know it!

Prior to 2008 these changes were being implemented slowly so that we would not become alarmed over the rate at which our country was being changed. This was concealed mostly because the Federal Department of Education slowly changed what and how our children were taught so that successive generations were led to believe that all of this was as it should be. They taught our kids that sex was okay, even when it involved two people of the same gender and that just because you are born a boy, you don’t have to remain one. The kids are taught that they are in charge of their body so abortion is their right and they could get one on their parent’s health insurance without the doctor disclosing what procedure he had performed. Our kids were taught that they should feel good about themselves even if they were failing as long as they tried their best. Self esteem, we were told, is more important than accomplishment.

Go for the kill

As the 2008 elections approached the progressives felt they had completed enough of the change to go for the kill and they had just the man waiting in the wings; Barack Obama, our first black president. They set out with a vengeance to finish the job they had started back in the days when Bill Ayers and Bernadine Dohrn were in the Weather Underground intent on blowing up buildings and killing people.

By the time 2012 rolled around, in spite of the highest per pupil investment in the West, only 32% of high school students in Detroit graduate in four years and in New York City, 80% of graduates are not ready for the rigors of community college.

This being the state of our government controlled education system, this same government decided to fix the lack of skilled technical workers, not by fixing the education system and teaching our kids what they need to know to get those jobs but by suggesting we increase the H-1B visa program and import foreign labor to do those jobs. This program brings workers here for 3 years and is extendable to 6 years. People in the H-1B program are not here to become Americans and assimilate, they are here to work and send money home then return home where they can live high on that money for years where the cost of living is much lower. When asked, this is the goal of many who cross our borders from the south, as they also have no desire to stay here and contribute. They are just here for the money.

This is not to say that all immigrants view coming to America in the same way. There are many who come here for the opportunity and they resent those who sap the system that they, like all other working Americans, support with their taxes.

If you do not understand why the current administration is waging war against our southern border states trying to prevent them from enforcing our immigration laws; if you are wondering why legal immigration quotas have gone from a couple hundred thousand to over one million per year, this is the answer. The progressives understand that they can overwhelm the culture using the immigration system and hide their reasons for bringing in more and more people with sound bites like “this is a nation of immigrants,” or “high tech industries cannot find enough qualified help,” “we need to legalize the children of illegals because it was not their fault they are here,” or “we need to find a path to citizenship for 11 Million illegals because we cannot simply deport then.” They can find a hundred reasons to overwhelm our society but can’t find one good reason to educate rather than indoctrinate our children or to enforce our existing immigration laws.

Do not be fooled; progressives bring out the victims of the Newtown shooting as an excuse to take away your second amendment rights, they use hurt feelings as an excuse to deny your First Amendment rights and they use the children of immigrants as an excuse to further their plan to overwhelm our society while expecting you not to notice that they are indoctrinating and miss-educating your children while giving away their future employment to workers from other countries.

Fight in the Senate

The immigration fight now going on in Congress is where your attention and effort should be focused. Failure to bring immigration back to reasonable levels will leave you a minority in your own country. Failure to regain control of your country may result in spending your final days in a nursing home tended to by a person insufficiently schooled to figure out how to turn on your oxygen tank!

Comprehensive immigration reform, the importation of foreign workers, The Affordable Health Care Act, the giving away of Obama phones, 99 weeks of unemployment, food stamps for anyone even Mexicans living in Mexico, benefits for illegal aliens, the various stimulus bills and Obama’s insistence on running up the debt ceiling, downgrading the military and ignoring the law are all designed to bring about the collapse of the free enterprise system in order to “fundamentally transform….” this country. That is all you need to know to object to any legislation that is advertised as “fair”, to “level the playing field” to “spread the wealth around” or provide “comprehensive reform”. I would suggest you start by telling your Congressmen that we cannot discuss “comprehensive immigration reform” until they enforce the laws already on the books and honor the commitments made by previous Congresses. Without those actions, we have no reason to trust them!

NJGOP: when will they get it?