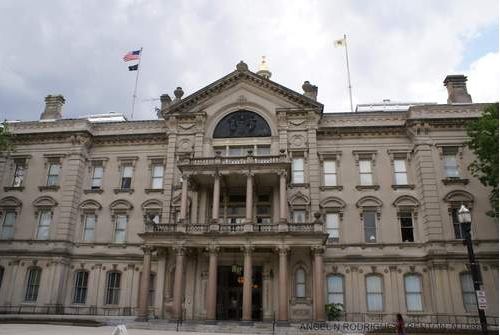 John Bennett, Monmouth County Republican Chairman, was quoted as saying, “It is ludicrous to me that these individuals (LD13) are being challenged.” He went on to say that he had no idea what their agenda is…. and that their candidates are doing a great job and are conservatives. Conservative! How dare you insult the Republican voters in Monmouth County. Christie’s puppet, Senator Kyrillos (a/k/a “Luke Fencewalker” as named by his colleagues in the legislature), is anything but conservative! He is, however, good at obeying the orders of his puppet master, Chris Christie. If you’re looking for a true conservative, Leigh-Ann Bellew is your woman!

All I’ve seen from the failed progressive GOP and/or their hatchet men are false flags about Leigh-Ann Bellew’s higher education credentials. It is true that many thought she had more credentials than actual, but there is a good reason for that. Her education and expertise exceeds that which can be earned in any college. Leigh-Ann is who she says she is: a conservative candidate for the Senate in the 13 LD.

In contrast, the GOP’s hatchet men make excuses, like this: “that Republicans are in tough spots and face a variety of hostile constituencies demanding that they moderate themselves.” Excuse me; I thought Mr. Bennett said his candidates were conservatives? In truth, all the challengers to the moderates in LD 13 are running a slate titled “Republicans for Conservative Leadership.” Unlike the moderates and liberals that hijack the Conservative title during campaign season, Mrs. Bellew’s slate of candidates really are Conservative. 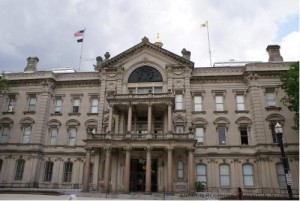 Senator Kyrillos’ record below demonstrates just the opposite of what the establishment would have you believe. Kyrillos is not even a moderate, he is mediocre at best and more like a progressive Democrat:

So whom does Mr. Kyrillos really represent?

The Star–Ledger reported that a commercial real estate broker (Mr. Kyrillos) marketed a property for Pharmacia Corp., which had benefited from more than $30 million in state grants from the Kyrillos-sponsored Business Employment Incentive Program. He had also marketed property for PSE&G, though he had rewritten the state’s utility deregulation laws and sponsored legislation to give utility companies a $1 million tax break. In 2011, he supported a bailout of the horse-racing industry, which had donated $5,000 to his campaign and $13,400 to the Republican State Committee, which he chaired. What was Joey Boy’s response to these facts: “I’ve always been extremely mindful of my public and private life and made sure that they didn’t intersect,” Kyrillos said. “I can’t answer it more than that.” If he did he’d probably go to jail for perjury, since there’s no excuse!

So I ask, is this the guy you want to protect your tax-dollars?

I’ll take Leigh-Ann Bellew any day over this reprobate.

Sit down and read and weep.

I ask you, where is/was Senator Kyrillos when the puppet master decided to implement Obama’s Insurance exchanges that will result eventually in higher taxes for all New Jerseys? It will add $100,000 to the Medicaid rolls under Obama-Care that will eventually saddle the citizens in NJ in excess of $280,000,000 expenditure. Will Kyrillos sponsor more tax bills to pay for all of these increases?

Wake up New Jersey. Christie believes he will be out of New Jersey by the time this all comes to light.

So again, where was the Senator when the New Jersey Supreme Court illegally legislated from the bench with their COAH and Abbott rulings? What about his silence on the usurping of the Second Amendment?

Let, me leave you voters with one thought, why won’t Senator Joe Kyrillos refusing to debate Leigh-Ann Bellew? I guess with a record such as his he can’t afford too.

While the media continues the black-out under Governor Christie’s orders and the hatch-men continue to attack Leigh-Ann Bellew, let them explain why New Jersey is the only State in the Union that refuses to adopt the Republican National Committee platform? Is it because the they endorse the Right to Life, Conservative grass-roots organizations, or that they are against Common-Core education, or Agenda 21, (Sustainable NJ) to name a few? People of New Jersey, “WAKE UP.” The State GOP are part of the liberally generated problems in New Jersey. We need a complete change and we need it now!

You can help New Jersey by donating to Leigh-Ann Bellew on line at <bellewfornjsenate.com/> and please don’t forget the others running in your District.

You can also help by forwarding this article to everyone you know and tell them the importance of this up-coming primary. Together we can make a difference.

Number 3 in the Political Gadfly series.

IRS scandal should surprise no one

IRS caught in lies about targeting