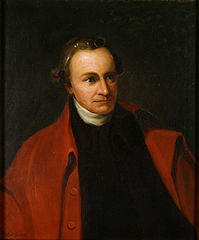 The latest storm to break on the Obama administration involves something very personal to each and every one of you. Would it surprise you that the government knows, going back for years:

The Guardian (London, England, UK) first reported two days ago that Verizon Communications, the largest telco in America, gave their business records to the National Security Agency. Who stored these in a massive server cluster that can hold five zettabytes of information. That’s five sextillion characters!

The New York Times reported it next. And they were apoplectic. “Dragnet!” screamed their editorial headline. (And they weren’t talking about Jack Webb’s radio and TV shows.) This paragraph sums up where they stand:

The administration has now lost all credibility on this issue. Mr. Obama is proving the truism that the executive branch will use any power it is given and very likely abuse it. That is one reason we have long argued that the Patriot Act, enacted in the heat of fear after the Sept. 11, 2001, attacks by members of Congress who mostly had not even read it, was reckless in its assignment of unnecessary and overbroad surveillance powers.

And that’s after they sanitized it. The first draft they published left off the “on this issue” phrase.

Lay aside for the moment that The New York Times was right the first time. Let’s even lay aside that suddenly the Times does not like it when Congress passes a bill that Members do not read before they vote. What the Times says above is damning enough. And one hundred percent correct. Congress did enact the USA-PATRIOT Act before the dust settled at Ground Zero. Members of Congress did not read it with enough care. And that Act does recklessly assign unnecessary and over-broad powers to Big Brother to Watch You. Even its author, Rep. F. James Sensenbrenner (R-WI-5th), now knows this.

And the problem goes far beyond one company, or even one way we have to talk over long distances. Every telephone company in America has “come across” to the government. Worse yet, the government has hacked, or else has a back door into, the servers of Google, Facebook, and a host of other companies that serve electronic mail and other content.

So what did de facto President Barack H. Obama have to say for himself? He took one question at a press conference to tout California’s new Obamacare exchange. Someone asked Why Big Brother Is Watching Us. And here is what he said:

If people can’t trust not only the executive branch, but also don’t trust the Congress, and don’t trust federal judges, to make sure we’re abiding by the Constitution, due process, and the rule of law, then we’re going to have some problems here.

Play the embedded video below. Listen for yourselves.

Trust the government? That’s not what he said before!

Sean Hannity told MacKenzie Weinger at Politico.com something we all should remember. If Obama exhorts us to trust the government today, he did not say that before. In fact he said the opposite. He even said he would, as President, tell his Attorney General to review every Executive Order and every policy then in force. They would ask whether each one was faithful to the Constitution, and respected people’s rights. And if not, out!

They never did that review.

The Guardian recently seemed to ask a more chilling question: is the United States government, under Obama, any freer than is the People’s Republic of China? Sure, Americans can at least sign on to the Internet. (You can’t do that in China. Not as you can do here.) But: you can no longer do so in private. The government now knows what searches you run, and how often. And soon, when you write something, it won’t matter whether you wrote it for publication or not. And the President of the PRC “need only point out” that America stands for ideals of freedom (or so it tells the world), while Obama falls short of that ideal.

The most common excuse that Obama and his apologists make, when someone accuses them of anything, is: “You are taking that out of context!” But this time the context makes the problem worse. News of this massive data vault comes after we learn that:

Sean Hannity pointed this out to Politico’s Weinger (see above).

A Prince, whose character is thus marked by every act which may define a Tyrant, is unfit to be the ruler of a free people.

And a government, the character of which is thus marked by every act which may define a dictatorship, is not trustworthy.

Trust the government? Barack Obama has got to be kidding.

More than that: we cannot trust the government nearly as far as some of us once did.

Big government is a Goliath to fear

Exposing the Enemy of the People

Any comments on why it took the Democrats to force through a militarily sensible decision, while Republicans tried to perpetuate the US military’s farcical and expensive obsession with turning camouflage patterns into a “brand identity” issue?

What boosted MY morale was having camuflage that made me hard to see (and shoot at.) Rep. Mike Coffman (R-Col) is an idiot.

I’m surprised that you don’t seem to appreciate the value of a separate identity for each of the various military services. After all, neither the UK nor the BRD have a unified service. In fact I remember the debate that the RAF went through to build a rank-order structure for their officers. The Royal Navy, for one thing, did not want them to copy their deck ranks. So the RAF invented something that borrowed some from the Navy and some from the Army.

Service-specific camo patterns would be part of that.

I’m sure the fear is that the joint camo pattern would next lead to joint undress, dress, and full-dress uniforms and eventually to complete elision of all inter-service distinctions.

Which, by the way, would be unconstitutional. The US Constitution distinguishes between a navy and “armies.” The Navy is not subject to periodic re-appropriation. The Army and Air Force are.

For what good reason is there to trust the government? When did big government ever tell the truth, the whole truth and nothing but the truth?

When if ever will the majority of Americans be able to connect some dots? When will people begin to realize that the Obama government is a malevolent regime packed with lies, intent to destroy traditional, patriotic and Constitutional America? When will the public finally figure out that the Obama corrupted government and its kowtowing enabling media and politicians are playing the American people – using contrived events to strike fear into the populace so that the same populous falsely relies upon corrupted government to provide for its “protection” and “safety” at the devastating expense of forfeiting Constitutional freedoms and First , Second and other Amendment rights?

Ask the average American about the recent (so-called) “terrorist” events of Sandy Hook and the Boston Marathon “bombing” affairs; and they will regurgitate the Obama government and mainstream media story – hook, line and sinker. And, then these same gullible people will be continually complaining about all of Obama’s scandals. They just don’t “get it!” They continue to believe what Obama and the mainstream media puts out there for them. America is paying dearly for having made a foolish choice. And, it is paying dearly for a Republican Party that didn’t contest the last election.

“I’m surprised that you don’t seem to appreciate the value of a separate identity for each of the various military services.”

I do. I just don’t see the point in wasting billions on giving each one a different pattern of combat equipment, many of which are chosen solely for “branding” issues instead of military effectiveness.

“After all, neither the UK nor the BRD have a unified service.”

Neither of them have service-specific camouflage patterns, either. That’s because it’s a stupid idea.

“In fact I remember the debate that the RAF went through to build a rank-order structure for their officers.”

“I’m sure the fear is that the joint camo pattern would next lead to joint undress, dress, and full-dress uniforms and eventually to complete elision of all inter-service distinctions.”

Why? That hasn’t happened in the UK, France, Germany, Belgium, Australia, New Zealand or indeed anywhere else, INCLUDING in the USA up to the point where everyone started developing their own camouflage patterns about ten years ago. It’s not a realistic thing to worry about. What’s far more important is that there now isn’t a recognisable US camouflage pattern.

I’ll leave you with a quote from a USMC spokesman:

“We want to be instantly recognized as a force to be reckoned with. We want them to see us coming a mile away in our new uniforms”.

There speaks a man who needs a lesson in what camouflage is for.