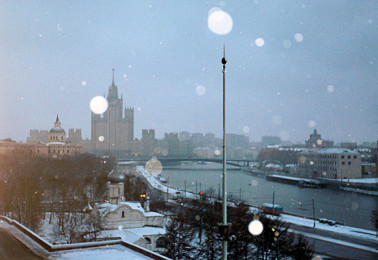 Edward Snowden has lately shown poor judgment. And he either has “non-classical” notions of “liberty,” or else cannot always discern which societies are truly free. But his liberal critics show themselves hypocritical in the extreme. And some practice the most dangerous form of hypocrisy: selective application of the law.

Where is Edward Snowden?

Yesterday Edward Snowden left Hong Kong, and flew by Aeroflot to Moscow. This morning he held a ticket on an Aeroflot flight to Havana, Cuba. Reporters booked every vacant seat on that flight, to try to get a photograph of him. And – he missed the flight. Miriam Elder, Moscow correspondent for The Guardian, says Edward Snowden managed to fool even Aeroflot’s gate agents. He – or Russian Federal intelligence.

The last place he hinted he wanted to go, was Ecuador. Ecuador and the United States have an extradition treaty, that goes back to the Grant administration and last saw an amendment in 1949. But this treaty does not cover spying. A spy is, ipso facto, a political offender. 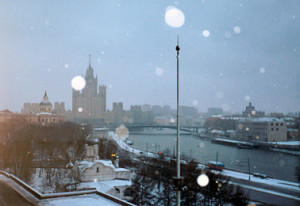 Edward Snowden has his champions, and his detractors, on the left and the right. But the linear “left-right” continuum does not adequately describe anyone’s political leanings. So to be more specific:

Libertarians almost all champion Edward Snowden. Some, of course, believe human beings need no such thing as “government” to get along. Most libertarians, even if they don’t go that far, allow no excuse for the kind of spying that the National Security Agency now does. Even keeping telephone company billing records invades the privacy of those who get the bills. But the NSA can and does record telephone conversations for later listening. And that breaks the Fourth Amendment.

Conservatives divide themselves. About half of them feel about the NSA as libertarians do. The other half look not so much at what Edward Snowden said as whom he might have said it to, or might be saying it to: the Communist Chinese and the neo-Communist Russians. (Vladimir Putin, the seeming head-of-state for life, is ex-KGB.) Senator Rand Paul (R-KY) gave Edward Snowden some quick advice: don’t cozy up to the Russians. Better to go to a “neutral” country like Iceland and not talk to any government intel service.

Which brings us to:

Liberal politicians, and some who call themselves journalists, now condemn Edward Snowden as a dangerous traitor. Not all of them do. De facto President Obama has riled many in his base. They now shout at him, in effect,

You said you would be different from [George W.] Bush! You’re just like him! We didn’t elect you to keep turning America into a Police State!

But many liberals now want Edward Snowden’s blood. And the reasons they give are worse than specious. Coming from them, they are the worst sort of hypocrisy: selective application of the law, or the suggestion of same.

Senator Dianne Feinstein (D-CA), for example, told Bob Schieffer on (De)Face the Nation she found Edward Snowden a coward, in effect, for “running away.” She spoke of keeping oaths of secrecy.

Excuse me? She, who recently called again to close the Guantanamo Bay detention center, talking about treason? Total non sequitur.

David Gregory, host of Meet the (De)Press(ed), is worse. He had Glenn Greenwald as a guest on his program yesterday. And he actually suggested Mr. Greenwald should face prosecution. To which Greenwald shot back:

I find it pretty extraordinary that anybody who would call themselves a journalist would publicly muse about whether or not other journalists should be charged with felonies.

In other words: Mr. Gregory, how dare you?!?

Gregory did not take that back. He suggested maybe Glenn Greenwald had ceased to be a journalist. After the program, Greenwald said this on Twitter.com:

Who needs the government to try to criminalize journalism when you have David Gregory to do it?

As well he shouldn’t. David Gregory disgraced himself, if that’s possible to imagine.

And John Kerry, our estimable Secretary of State, warns the Russians and Chinese not to “harbor” this “traitor.” Is not this the same John Kerry who threw his combat medals over a fence?

These three, and others like them, make abundantly clear: their only reason for heaping odium on the head of Edward Snowden is their idolatry, and defense, of Barack Hussein Obama. Had Edward Snowden spilled his guts nine years ago, would any of those three criticize him for that? Might they not commend him instead? Is “whose ox he has gored” the only fact they hold relevant to judge his case?

And while we’re on the subject: Barack Obama is the biggest hypocrite of all. In his typical smarmy Obama way, he calls on the Chinese and especially the Russians to “respect the rule of law.” This from a de facto President who first, shouldn’t be in office, and second, runs his office with no respect for the rule of law.

Edward Snowden might or might not be a free agent. He certainly isn’t the best judge of the character of people or nation-states. But some people, who now presume to judge him, are in no position to judge. Not until they take off the masks they hide under, to pretend to be looking out for public safety when they respect neither liberty nor safety.

Related Topics:judiciarylibertymediamilitaryTea Party
Up Next

He signed an oath then broke it. We used to shoot people like him. And if anyone seriously thinks he’ll be allowed to leave Russia without being thoroughly debriefed by the SVR I have a bridge I’d like to sell them. Congratulations, Snowden fans; you’re cheering for a nobber who’s going to tell everything he knows to the Russian intelligence services.

Tell me this, then: why did the Chinese not only let him leave Hong Kong, but spirit him out of that capitalist Potemkin city like a carrier of typhoid?

Why did he not have a long and still-running engagement with a heavyset, bald-headed man with a divided mustache and a vicious sense of humor? “Tell me this, then: why did the Chinese not only let him leave Hong Kong, but spirit him out of that capitalist Potemkin city like a carrier of typhoid?”

There are two possible answers. One is that China is concerned enough about its trading relationship with the USA that it isn’t willing to take so provocative a step. The other, more intriguing, one is that they don’t think he can tell them anything that they don’t already know.

Exactly. That leads me to suspect that any damage he might do, even if he wanted to, is minimal.

As you know from reading the article, I question his judgment, and his discernment of what does, and what does not, constitute “a free State” within the meaning, say, of the Second Amendment to the United States Constitution.

But any person who loves his freedom owes him gratitude for starting a debate on the extent, not only of government power, but also on the proclivity of this (de facto) President to abuse it for political purposes.

“That leads me to suspect that any damage he might do, even if he wanted to, is minimal.”

Yes. On the other hand it leads ME to suspect that the Chinese have managed – again – to buy a source with equal or better access. Intelligence professionals find it very, very worrying when a defector isn’t debriefed.