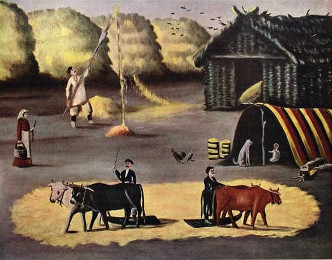 For the nation and kingdom that will not serve thee shall perish; yea, those nations shall be utterly wasted. – Isaiah 60:12

If it’s not this unconstitutional and godless administration advocating criminal activity in one form or another (Amnesty for illegals, IRS scandal, NSA spying, Benghazi, Obamacare, abortion, homosexuality, Fast and Furious, etc.), then they are funding the crime through taxpayers money.

In some ways it is not so much what the American people are sowing, but it is what they are letting this godless administration sow by force into a field they want everyone to harvest with them – like it or not.

And if the American people are to stand back and allow this totalitarianism, then they are guilty of perpetuating this evil by refusing to stand against it. 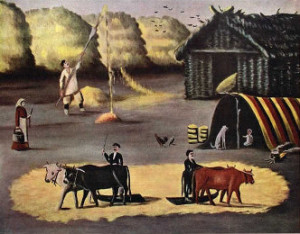 Let me give you an analogy, taken from D.L. Moody’s book Sowing and Reaping:

One day the master of Lukman, an Eastern fabulist, said to him, “Go into such a field, and sow barley.” Lukman sowed oats instead. At the time of harvest his master went to the place and, seeing the green oats springing up, asked him:

“Did I not tell you to sow barley here? Why, then, have you sown oats?”

He answered, “I sowed oats in the hope that barley would grow up.”

His master said, “What foolish idea is this? Have you ever heard of the like?”

Lukman replied, “You yourself are constantly sowing in the field of the world the seeds of evil, and yet expect to reap in the resurrection day the fruits of virtue. Therefore I thought, also, I might get barley by sowing oats.”

The master was abashed at the reply and set Lukman free.

Oh how history will repeat itself if we do not learn from it.

Look at the history of America. With an open Bible, our forefathers planted slavery; but judgment came at last. In the Civil War, there was not a family North or South that didn’t mourn over someone taken from them.

Take the case of France. It is said that in the 1700s, men were spending millions every year in France in the publication and distribution of infidel literature. What was the harvest? Has France not reaped? Mark the result: The Bible was suppressed. God was denied. Hell broke loose – more than a million people were beheaded, shot or drowned between September 1792 and December 1795.

From that time France had 13 revolutions in 80 years; and in the republic there was an overturn of power on an average of once every nine months. One-third of the births in Paris were illegitimate; 10,000 newborn infants had been fished out at the outlet of the city sewers in a single year; the native population of France decreased; the percentage of suicides were greater in Paris than in any city in Christendom; and after the French Revolution there were enough French men and women slaughtered in the streets of Paris in the various insurrections to average more than 2,500 each year!

Let’s take a look at present America and see if she is making the same mistakes that others failed to learn:

You should see what MSNBC and Rachel Maddow did to Bradlee Dean. Help his lawsuit against them. Stand for America and get your free gift.<https://shop.youcanruninternational.com/SearchResults.asp?Cat=60>