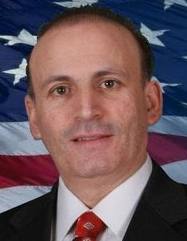 As Washington debates immigration reform and the bipartisan gang of 8 push their latest plan, I find myself disagreeing with the plan’s failure to secure the border first.

It is imperative that we fix the mistakes of Ronald Reagan’s Congress that failed us nearly 30 years ago.

While we are securing the borders, we need to enforce our existing laws and make E-verify mandatory. We also need to deport the criminal illegal aliens who are currently sitting in our jails and prisons. It is cost effective to permanently remove the criminal elements from among us, as opposed to the current “catch and release” practice.

Gang of 8, here’s your answer 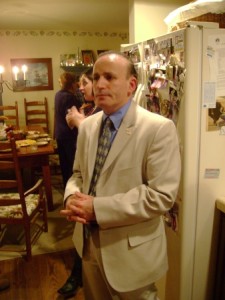 For the remaining millions of illegal aliens who are already here, who may have American born children, or who are in a sector that is dependent on migrant workers, I still do not support amnesty. If they are to stay, they must register (H1 temporary work status) pay a hefty fine, and go to the back of the line. I believe, as I already proposed, a $10,000.00 fine (to be deducted automatically from payroll by employer weekly), and a 10 year back of the line period to learn English, work, pay taxes, and pledge allegiance to this great nation is needed. I do not believe during the 10 year back of the line period they should be eligible to collect any entitlements or vote. At the end of the 10 year back of the line period and the paying in full of the $10,000.00 fine, they would follow current rules to apply for a Green Card. As green Card holders, they are still prohibited from voting.

If we take, as an average, the 15 million illegal aliens currently in the US, the $10,000.00 fee would generate $150 Billion, along with increase in tax revenue from workers who would be able to pay taxes and open a bank account so more of their earned income can stay in America.

Anyone who proposes we do something that is un-doable is supporting amnesty. We must realize that the current broken immigration system and unsecured borders is in fact amnesty and we need to first secure of sovereign borders if we are sincere about immigration reform once and for all.

@Terry A. Hurlbut Wish an brand new Apple i p a d 3?? Head to the web-site in our profile and simply grab one free-of-charge