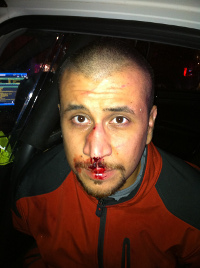 Last Saturday evening (July 13), a jury acquitted George Zimmerman of second-degree murder, and of the lesser-included charge of manslaughter. That’s not enough for the federal government. They might try to prosecute Zimmerman all over again, for “murder with a racial animus.” Believe it or not, that is still a federal offense. (When is the last time the federal government prosecuted a black person for killing a white person? Answer: that hasn’t happened yet.)

But that is not and never was the real reason the Justice Department took an interest in George Zimmerman’s case. Attorney General Eric Holder let slip the real reason yesterday. He really wants to revoke, one step at a time, the fundamental right of a person to defend himself or herself in the face of a criminal attack.

From Zimmerman to stand-your-ground?

Eric Holder told the National Association for the Advancement of Colored People (NAACP), at its convention in Atlanta:

Separate and apart from the case that has drawn the nation’s attention, it’s time to question laws that senselessly expand the concept of self-defense and sow dangerous conflict in our neighborhoods.

He singled out the “stand-your-ground law” in Florida and many other States. Florida’s stand-your-ground law relieves a person under attack of any “duty to retreat” before that attack. The idea was not to hold a person liable for not wanting to give ground in a place where he had every lawful right to be. Without that law, gangs could stake a claim to any part of any street or sidewalk and chase anyone away. They need only “enforce” the “duty to retreat.”

The Tampa Bay Times looked at almost 200 criminal cases involving violent deaths in Florida since the stand-your-ground law went into effect. (The case of George Zimmerman and Trayvon Martin is one.) The Times says if a black person dies, he or she who killed him is more likely (79 percent) to “walk” than if a white person dies (59 percent). But this does not make the law any kind of “license for whites to kill blacks.” The Times admits that white and black defendants are charged at the same rate, and convicted at the same rate. Mixed-race incidents rarely happen, maybe too rarely to conclude anything definite. And in fact, black defendants go free slightly more often, 66 percent to 61 percent.

So the stand-your-ground law has no racist intent, nor even a racist effect.

So why does black life look cheaper? Because:

Recall again the context of the trial of George Zimmerman. He saw someone walking around in the rain. Someone whose manner seemed just a little off. Someone he did not recognize. Someone he wondered might have had a hand in the break-ins and vandalism that had plagued his community.

And on that basis alone, the jury found him not guilty.

So why did Eric Holder start by talking of telling his son to be careful when walking around in “white neighborhoods,” then suddenly talk about laws that involve, not the police, but common citizens?

Because the Zimmerman case was not about Zimmerman the man. Not to the federal government. (To the mainstream media it might still be. “Racism” sells.) No. The Zimmerman case is about making sure common citizens cannot defend themselves when under attack.

Did Eric Holder set this up?

Recall that Judicial Watch, a week ago, released quite a cache of documents. They showed how involved the Justice Department and its Community Relations Service (CRS) was in the demonstrations that prompted the arrest of Zimmerman. The linked article has a plethora of links, and mentions specific expenses. The amounts are trifling; only one was more than a thousand dollars. But they show the CRS was not being neutral, but was helping the event organizers.

The Zimmerman case had an obvious racial “hook.” But it also involved the classic gun-control paradigm: common citizens should always leave it up to the professionals, and yield before an attack. Self-defense is completely foreign to Holder.

How do we know this? Because he is on record saying school teachers, administrators, politicians, and other officials must “brainwash people into thinking about guns in a completely different way.” He singled out young men, too. (Ironic, that. Trayvon Martin was the young man. In fact he was not yet a “man” old enough to vote.)

This same Justice Department, remember, ran large numbers of “throw-down weapons” into Mexico. The object was to blame the American “gun culture” for the violence in Mexico. When he got a Border Patrol agent killed, the scandal blew up. So did the program.

Thus George Zimmerman is now a proxy, not necessarily for Bull Connor or Jim Crow, but for a common citizen “taking the law into his own hands.” To an Eric Holder, self-defense is not a valid concept. An Eric Holder sees no difference between self-defense and vigilantism. Which means: setting oneself up as judge, jury and executioner.

A real jury did speak. That should settle it. Because it does not, we are all George Zimmerman. The federal government is rapidly getting out of control.

Obamacare: one petition could end it