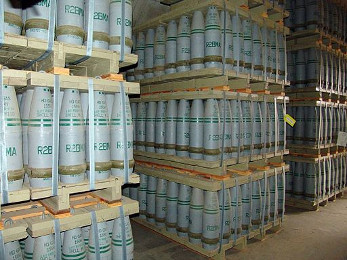 All media outlets carry breathless reports on the Syria war. Most seem to urge the United States to jump into it. They report on the politics, the geopolitics, the further prospects for war, and the horrors of an alleged attack on Ghouta, a suburb of Damascus. None have treated in any detail whether the United States, or any country, has standing to join battle in the Syria war. A careful read of the relevant treaties shows that no country has any standing to join that war. Not unless the Syrian army is foolish enough to attack a neighboring country with chemical or other weapons.

Where the Syria war now stands 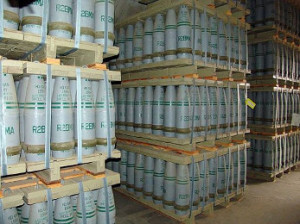 By any reliable account, the de facto President of the United States, Barack H. Obama, cannot count on any Authorization for the Use of Military Force from Congress. If House and Senate were to vote today, the House would likely defeat it three-to-one. The Senate has enough opponents to stop it with a filibuster.

Nor do only Republicans oppose US entry into the Syria war, nor only Democrats support it. Of course many Democrats say the US should join the Syria war, but only because Barack Obama said last year that “a red line for [him]” would be the use or movement of chemical weapons. (Yesterday, in Sweden, Obama said the red line was not his, but the world’s. That is not correct, as I will show.) But many other Democrats do not think we should join the Syria war. They are true to the anti-war philosophy that is why they became Democrats. Republicans, for their part, have a “warmongering” reputation. Some, like Senator John McCain, R-Ariz., seem to deserve that. Others, like Senator Rand Paul, R-Ky., never earned that reputation and now consistently argue against the Syria war.

Many in the Senate and House, who voted for the Iraq and Afghanistan wars, now speak against the Syria war. Traditional anti-war politicians and activists accused them of inconsistency. Here’s a good answer to that: the Taliban in Afghanistan let the nineteen Neo-Assassins of the World Trade Center Incident to stage out of their country. Saddam Hussein of Iraq had a reputation for financing Muslim terrorists and giving them a place to train. (George W. Bush also suspected Hussein of sending someone to murder his father.) So the Iraq and Afghanistan wars were wars of retaliation. The Syria war, if the United States joined it, would not be. (Note: “Trutherism,” or accusing the US government itself, or Israeli intelligence, of staging or carrying out the WTC Incident, began with anti-war activists of the political left. They sought to destroy the case for retaliation.)

Curiously, some politicians who voted against the Iraq and Afghanistan wars now argue for the Syria war. Barack Obama is one of them. He admits that!

I was elected to prevent wars, not to start them!

He then came close to admitting he had weakened the US military forces. So even if he had a case for war, he’d have none to blame but himself. But he has no case. The United States need not retaliate against President Bashar al-Assad of Syria for anything. Assad has fought rebel elements in his country for two years, and never threatened any American diplomatic or other interests. He is far too careful for that.

This analysis will focus strictly on standing to join the Syria war, and who would have it. Some have charged (credibly, in our view) that Bashar al-Assad is innocent of the “crimes against humanity” that his enemies impute to him. That is an argument of the merits of the casus belli. But any judge can tell you: before a court even gets to the merits of the case, it must ask whether the plaintiff, or prosecutor, has standing. And in international law, standing usually means not only authority but responsibility to act.

So who has responsibility to act against a country that might, or might not, have used chemical weapons in a war?

The Chemical Weapons Convention is nothing more than a gentleman’s agreement! Under it, “State parties” agree to destroy their stocks of chemical weapons and to forbid, restrict, or otherwise control the making of chemicals that have weapons uses. In fact, all countries were supposed to have destroyed their stocks by 2007. They haven’t done it. The United States itself reports they are 90 percent done with destroying chemical weapons stocks. The Russians are further behind; they’ve destroyed barely more than half their stocks. These two countries account for most of the chemical weapons stocks in the world. Anyone arguing that the United States or the Russian Federation must or even ought to act against a country using chemical weapons must hold those thoughts.

More to the point: the Chemical Weapons Convention does not have one word in it to say, or imply, that the United States of America, or the Russian Federation, or any other particular State party, has the burden, or even the good standing, to go to war with a country that uses chemical weapons.

The Chemical Weapons Convention is not a mutual defense treaty, like the North Atlantic or Southeast Asian Treaties. The strongest language in the CWC is Article Twelve, the one dealing with sanctions. It reads in part:

This has happened. The Security Council has declined to lay down a resolution even authorizing a UN Member State to act.

So who drew the red line that Obama talked about? What did he mean by “the world’s red line”? Does this “red line” even let Obama take America into the Syria war? Obama, and only Obama, drew that red line. Nearly a hundred nation-states agreed never again to use chemical weapons, and to destroy the stocks they had. Syria never made part of that. And the Chemical Weapons Convention does not say a chemical attack against one country, one group, or one person (except as punishment for a crime whereof the person involve was duly convicted) is an attack on “all of humanity.” The CWC certainly does not say “someone must do something in that event,” nor say who must do anything. The closest it comes to that, is saying it would lay such a matter before the Security Council and the General Assembly.

In July of last year, Barack Obama spoke of a red line for him. Not the world. Him. When he said that, he proposed to take international law into his own hands. He proposes that now. The Senate and the House of Representatives know this.

On Tuesday evening, Barack Obama will speak to the American people, to try to convince them to join the Syria war. That’s as close to “going to the country” as he can do in our Presidential system of government. But unless he can show that Bashar al-Assad’s army lobbed a poison-gas missile at the United States Embassy in Damascus, he has no case to join the Syria war.

[…] over the Syria war. If those boots land on Syrian ground, he might have reason to worry. He has no standing to get into the Syria war. Now, if this latest report is accurate, he is getting ready to go to war […]

Or perhaps leading to a war with Russia.