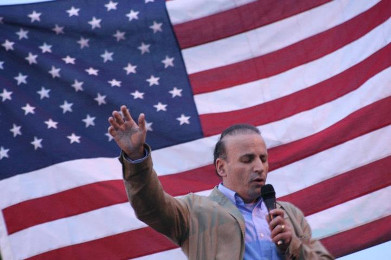 As New Jersey became the 14th state in the Union to license gay marriage, I am left wondering why and what is next. Will this judicial activism have any impact on churches? Some may think I am overreacting. But I fear the church is 15-25 years away from being forced to perform same sex or “gay marriage” or risk losing tax exemption for discrimination. A Pastor threatening to close his church doors before doing so, is no threat at all.

If a church wants to continue to practice the Biblical definition of marriage, it needs to protect itself. I see a potential for litigation to force a church to marry same sex couples, as is already happening in England. Barrie Drewitt-Barlow, the gay plaintiff in the legal challenge in England said,

The only way forward for us now is to make a challenge in the courts against the church.

It is a matter of time before American churches are also legally challenged.

How the church protects itself: members only! 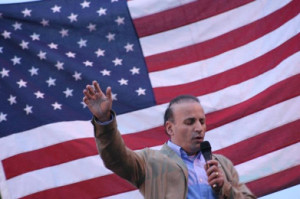 Currently most churches will marry non-members in a religious ceremony at the church. This practice must end immediately and new policy implemented as soon as possible. I believe churches should have a policy to marry members only. To be a member each person must sign a statement of faith that includes acceptance of the Biblical definition of marriage. Anyone can attend the church but only members can marry in the church.

This change and implementation must be done immediately to protect the church and show a written history before any problems arise. Some may say this is a solution looking for a problem. Waiting to have a problem first and changing rules later is not wise and will not legally work. It is important to show a court of law that this is not a last minute change or reaction to litigation, but rather a long standing written policy, known and agreed to by all members.

A couple could attend and be married in a church that allows gay marriage ceremonies. Plenty of churches already marry gay couples. Denominations like the United Church of Christ and the Unitarian Universalist Association of Congregations, already accept gay marriage. The Episcopal Church lets each bishop decide whether to allow the ceremony in their own diocese.

As we try to deal with the ever changing laws and their social implications we must remember that it is not the person, but the behavior that we Biblically object to. As a Christians, it is important to love the person even when we do not Biblically agree with their behavior. None of us are without sin and all fall short, but Biblical principles must be defended and preserved.

Do I Make Fundamentalism Look Cool?

Religion and politics: do they mix?

You forget the key difference between the Drewitt-Barlow case and any that might be filed in the States: the former is against the Church of England. That is, it is against a state-run church which is beholden to “the Crown”, as they say on the other side of the pond.

Churches are still free to refuse to marry anyone, for any reason. Catholic Churches require at least one member of the happy couple to be Catholic. There was a case a year or so back where a Deep South church refused to marry an interracial couple. Nobody sued — the church was rightly reviled across the board, but they had every legal right to do that.

Please cite a case where a church — an actual church — has been forced by the courts to violate their beliefs. Not church run businesses, not businesses owned by devout, actual churches being forced to violate their beliefs. All I can think of is the cases where faith healing churches are forced to allow children to receive medical care, and that’s to save the life of a child.

Churches in the US are allowed INCREDIBLE legal latitude. They can practice racial and sexual discrimination all they want. There’s Native American churches that are allowed to use peyote. Really, you have nothing to worry about.

And I should take your assurances at face value – why?

The historical evidence I cited for you?

Your statement that “the churches have nothing to worry about.” That’s the kind of thing a wolf says to a lamb.

“And I should take your assurances at face value – why?”

Well, mainly because he’s right. There has been no case of a US church being forced to violate its beliefs. The Church of England is an established church, of the kind that’s forbidden by the US constitution, so the example cited is not relevant.

You left out one key word:

“You left out one key word:

Progressive know better than to strike at their ultimate target right away. Always the indirect and incremental approach. So first they strike at the businesses that a church might operate. Then they’ll get round to the church itself.

“So first they strike at the businesses that a church might operate. Then they’ll get round to the church itself.”

Hasn’t happened Y-E-T, has it?

A hospital is a business, properly understood.

Then, too, you have businesses that have no direct church ties, but whose proprietors, managers, and/or investors are Christians and wish to conduct themselves, even in business, by Christian precepts.

“A hospital is a business”

Ah. That attitude may explain why the USA has the most expensive, but worst, health care system in the developed world.

“you have businesses that have no direct church ties, but whose proprietors, managers, and/or investors are Christians and wish to conduct themselves, even in business, by Christian precepts.”

I couldn’t care less, just as long as they obey the law.

Yes, well, I happen to believe that a just body of law respects freedom of association. Which includes the right not to associate.

“I happen to believe that a just body of law respects freedom of association. Which includes the right not to associate.”

I actually tend to agree with that. An employer can hire who he likes. I certainly wouldn’t hire a religious fundamentalist of any description.

That’s your privilege. My pastor’s privilege, likewise, is to hire only believers as sextants. And any businessman’s privilege is to sign, or not to sign, contracts with anyone who asks.

“My pastor’s privilege, likewise, is to hire only believers as sextants.”

As a sextant is a navigational instrument I believe you may mean sexTONs, but yes, if he wants to hire theists to fill those positions that’s his right. If he started to restrict it to only WHITE theists, or MALE theists, or STRAIGHT theists, I’d start having a problem with it though.

Wrong word. The word should have been “sexton.”