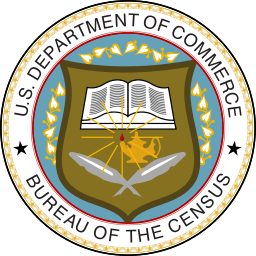 News of Barack Obama’s big lie (“if you like your plan you can keep it”) has filled the airwaves, video streams, and e-mail lists for weeks. Now comes news of a bigger lie. Remember the report showing unemployment falling from 8.1 percent to 7.8 percent in August of 2012? Everyone who cared to know, knew that number couldn’t describe the anemic economy. Now we know why: that number had its basis in phony census data. That’s right: Obama’s Chicago governing style managed to corrupt even the Bureau of the Census.

Where census data comes from 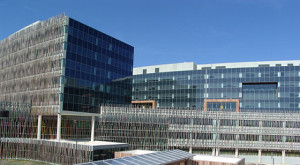 Every ten years, the federal government must count all the people in a census. That’s one of the few things the Constitution says the government must take. Before 1903, the government would set up a temporary office to run the census every ten years. But in 1903 Congress set up the Bureau of the Census. This Bureau has its headquarters in Suitland, Maryland. Though the Commerce Department oversees it, the President directly appoints its director, “by and with the advice and consent of the Senate.”

The Census Bureau now has missions far beyond the Constitutional mission of counting the people every ten years. One such mission: the Current Population Survey, which we call “the unemployment report,” for the Labor Department. (The Labor Department runs its own survey of new jobs created, or the Establishment Survey.)

So all the so-called “unemployment reports” come from the Bureau of the Census. Its data are, therefore, a form of census data. After all, census employees gather it.

To defraud the Census Bureau, or any other agency that relies on census data, takes an insider.

John Crudele of The New York Post, found such an insider.

Just two years before the presidential election, the Census Bureau had caught an employee fabricating data that went into the unemployment report…And a knowledgeable source says the deception went beyond that one employee — that it escalated at the time President Obama was seeking reelection in 2012 and continues today.

Who was it? Julius Buckmon, who works in the Census office for the Philadelphia region. The problem: the Labor Department needs 90 percent response to the Current Population Survey. They weren’t getting it. So, as Buckmon told Crudele:

It was a phone conversation — I forget the exact words — but it was,”‘Go ahead and fabricate it” to make it what it was.

Fabricate? That’s right. Someone at the Census Bureau had orders to fabricate census data.

Crudele heard about Buckmon from another person at Census who doesn’t want to give his or her name. He turned in three times as many household interviews as his fellows did.

Except Buckmon admitted to Crudele that he did not conduct those interviews. He pretended to. He simply filled out forms in the names of people who didn’t answer the phone or the door.

Now: did he do that merely to get the report out? Or did he skew the results to show an unemployment rate lower than it really was?

How could he have done that? Suppose he made up people who didn’t exist, and filled out survey forms in their names? That could “juice” the number of people the census data would show as employed. Buckmon won’t “cop” to that. But in fact he’s filled out phony reports before. The Census Bureau has known about him. And the Census Bureau did nothing to stop him.

On one document seen by The Post, Crosby hand-wrote the answer: “Unable to determine why an investigation was not done for CPS,” or the Current Population Survey — the official name for the unemployment report.

Crudele finished by asking Congress to investigate. He flatly accuses the Census Bureau of “manipulation” of census data. Such shenanigans

not only gives voters the wrong impression of the economy but also leads lawmakers, the Federal Reserve and companies to make uninformed decisions.

That, ladies and gentlemen, is fraud.

One can defraud an election in any of three ways:

And that, if this census data story is true, is what the Census Bureau has now done.