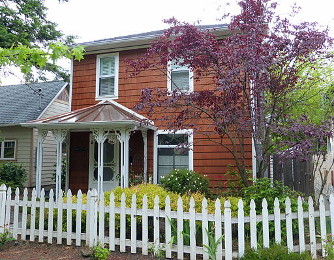 Religious expression is under assault.  This most recent attack, will affect every pastor and church in America, and very soon.  Wisconsin Federal District Court Judge Barbara Crabb ruled yesterday that the Parsonage Allowance tax exemption is unconstitutional.  The case was brought to the court by The Freedom From Religion Foundation.  They are the same group that brought a challenge to the same court in 2010 against the National Day of Prayer.

Parsonage allowance – why it matters 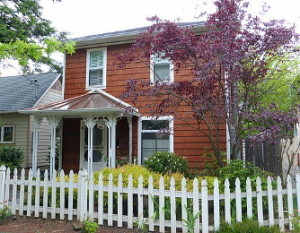 The implications are staggering.  If it stands, this ruling will put a tax burden on pastors that will force many out of the ministry completely.  Few churches are prepared to offset a tax law change of this magnitude by increasing their pastor’s salary enough to pay taxes on their housing income.  Throughout our nation’s history, the vital work of the clergy has been recognized as essential for the health and stability of the community.  The Church’s exemption from taxes has been passed to the housing that churches provided for their pastors.  This benefit offsets the comparative low salary earned by most pastors.

This is only one judge (who has already proven her hostility toward Christianity).  No doubt, she was chosen by the FFRF with hopes that she would rule in their favor.  Let us pray that the ruling is quickly overturned.  Although one would think that a reversal of this ruling would be likely, don’t take that for granted.  The government is looking for more revenue and there is a growing hostility toward Christianity at the same time that religious affiliation and church attendance are at all-time lows in America.  Attacks against the expression of our Christian faith are becoming bolder and more frequent.  The culture is dramatically changing creating both challenges and new opportunities for the proclamation of the gospel  We must consider how to guide our people to keep their faith in the Lord and shine as lights in this world – especially as the darkness around us increases.

This ruling just happened yesterday.  Expect more details and the implications of this decision from national sources and commentators today and the rest of this week.

Not sure of the rules in America or what the author is arguing. Are all ‘pastors’ (priests, imams, rabbis etc.) entitled to tax free housing or is it just Christian ones? Presumably if it’s open to all, the ‘pastor’ [should that be pasta?( sorry about that)] of a Flying Spaghetti Monster parish should be entitled to the benefit as well? Is the author saying only Christian pastors should get this benefit?

Title 26 USC section 107 applies, or applied, to all ministers, not merely Christians.

I am kinda partial to the following report:

Peter interviewed some national Baptist leaders today and has promised another followup article later this evening.

Tax free status is at the whim of the government. Throughout history, there has been no example except in the most recent of times where religious institutions have enjoyed this privilege. And it is one of the sirens which has lulled the Bride of Christ into complacency.