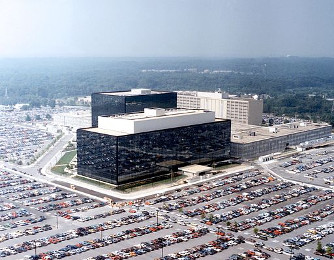 The promised Barack Obama transparency never came true. Instead we got the Obama secret government policy. And now two federal judges, and even a select group of Presidential advisers, have rebuked that policy. These rebukes have a scathing tone, but give a more profound signal only because they exist.

CNAV chose the name “Obama secret government policy” to imitate Judge Ellen Huvelle of the US District Court for the District of Columbia. In Center for Effective Government v. US Dept. of State et al. (Case No. 13-0414 (ESH)), she held that a President may not declare a document secret after the fact. At issue: Presidential Policy Directive Number Six, on Global Development. Someone at the State Department suggested the public ought not see this document. But the court said once a document is out, it’s out.

The government appears to adopt the cavalier attitude that the president should be permitted to convey orders throughout the executive branch without public oversight – to engage in what is in effect governance by secret law.

The editors of The Washington Examiner teased this gem from the ruling. As they described it, Obama told a federal judge he had the right to make secret law. Furthermore he said only he and his closest advisers had the right to read such law. No other President in history ever said such a thing to a judge. Obama did. And the judge slapped him down.

Will Obama appeal this ruling? The Washington Examiner editors said in effect he’d better not:

The issue now is how far Obama will appeal Huvelle’s decision, if at all. Making the secret law claim was beyond outrageous, but appealing this decision will make clear that Obama seeks power for its own sake.

For the first time since the Freedom of Information Act became law, during the [Lyndon Baines] Johnson administration,…a federal judge personally and directly chastised the President, by saying “You are engaging in government by secrecy.”

Two days ago another judge on that same court rebuked the de facto President for another policy: gathering telephone records without discrimination or letup. Judge Richard J. Leon enjoined the NSA from such surveillance. He stayed his ruling, while the Obama administration decides whether to appeal.

When your advisers tell you to pull back 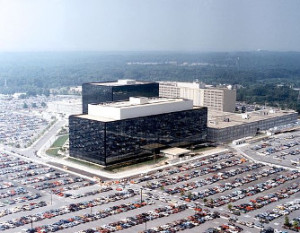 You can read the report here. Its title says it all: “Liberty and Security in a Changing World.” Cue the ghost of Benjamin Franklin!

A few excerpts make the point:

Our review suggests that the information contributed to terrorist investigations by the use of section 215 telephony meta-data was not essential to preventing attacks and could readily have been obtained in a timely manner using conventional section 215 orders.

They go on to say the information  probably wouldn’t stop a terrorist anyway. Why? Because it is only a spot check!

Thomas Jefferson, or Benjamin Franklin, could almost have written this next paragraph:

Finally, we cannot discount the risk, in light of the lessons of our own history, that at some point in the future, high-level government officials will decide that this massive database of extraordinarily sensitive private information is there for the plucking. Americans must never make the mistake of wholly “trusting” our public officials. As the Church Committee observed more than 35 years ago, when the capacity of government to collect massive amounts of data about individual Americans was still in its infancy, the “massive centralization of . . . information creates a temptation to use it for improper purposes, threatens to ‘chill’ the exercise of First Amendment rights, and is inimical to the privacy of citizens.”

“There for the plucking”! No turgid bureaucrat-ese. In plain, simple English, that commission said in effect, “This cannot stand.” And furthermore: Don’t blindly trust your government!

That goes double for the Obama secret government.

Is the Obama secret government doing more than spying? This list of “don’ts” suggests it might be:

Why would a commission say, “Don’t do this” unless the government were doing such-and-such?

If the NSA is a total rogue agency, then any President, de jure or de facto, ought to rein it in, if only to save his own skin. But given what we know about the Obama secret government, especially in the recent State Department case, we may assume the NSA were doing exactly what Barack Obama told them to do.

Thus two federal judges, and a commission Obama himself set up, all called the Obama secret government a threat to liberty. Some of these secret government policies predate Obama. No matter, since Obama did nothing to stop them. If he does not stop them, others must.

Progs have already written off Obama and are jumping on the Hillary bandwagon. Hillary was named Barbara Walters’s Most Fascinating Person of 2013 AND of the past 20 years!!!