Wisdom will not long hold a seat in the head of that man who yielded up his heart to folly.

Recently we found that a group of climate-change scientists were stranded in the ice while on a “climate change” research expedition. We know that they did not want the American people to catch on to their folly; regardless, it was brought to the light for all to see and hear.

We also know that 40 out of 41 stories on the network morning and or evening news failed to even mention “climate change” while covering (literally) the story.

This is not the first time they (the climate-change scientists) have been exposed for their stupidities. Back in 2010, despite the Washington, D.C., metro being covered in snow, the White House’s task force on “climate preparedness” was holding its first meeting to discuss strategies for adapting to “global warming.”

Friends, the Bible tells us in Jeremiah 17:9,

The heart is deceitful above all things, and desperately wicked: who can know it? 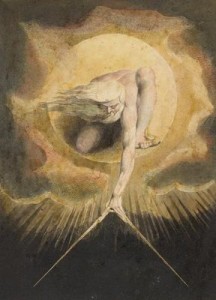 Well, we know that God knows it, and that is why He gave unto us His Word, to simply abide by it. Yet, there are those who simply want to rebel against God in an attempt to bring praise and glory unto themselves rather than give unto God what is due. (Isaiah 14: 12-14)

We can see that these people, on a daily basis, refuse to submit to that which is written. Friends, it is an awful thing when a man no longer is conscious of shame. Even worse than that, acting as if nobody sees it. I ask, how in the world did the earth survive before these geniuses were brought into it? (Ecclesiastes 1:4)

There is nothing new under the sun.

Speaking of the sun, these people could be transported to the very sun itself, and because their eyes are closed so tightly, they would deny its existence. There are those that are continuously trying to dethrone the Word of God through science (science is the study of creation), only to fall flat on their theories and find that what God’s Word has stated from the beginning is absolute in the end. Here are a few examples:

The Bible, science now, and science then


No matter what man attempts to do outside of God’s Word, it always comes back to that which was originally written. Those that want to continue in their folly better remember:

He is the God “that frustrateth the tokens of the liars … that turneth wise men backward, and maketh their knowledge foolish.” (Isaiah 44:25)

The video below shows us that even the smallest of minds understand not to mess with Gods Word!