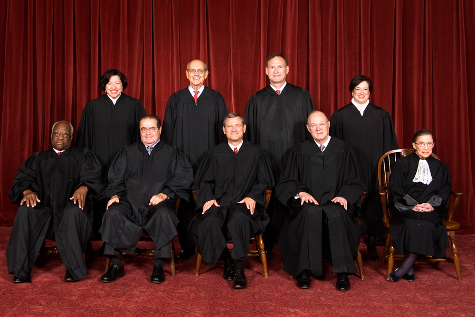 Yesterday (January 13, 2013) the United States Supreme Court heard oral arguments in a case of recess appointment abuse. Several Justices heaped open skepticism, if not scorn, on the U.S. solicitor arguing the government’s side. Perhaps now the Supreme Court will rein in the Obama administration and curb one of its most flagrant abuses of the Constitution.

In 2011 and early in 2012, the United States Senate told de facto President Barack Obama not to fill any vacancies in the National Labor Relations Board without consulting the Senate. To make its point, the Senate held several meetings in which they came to order, called the roll, then dismissed. True to form, Obama decided the Senate wasn’t really in session. The Senate, he said, was only pretending to be in session. (The fancy Latin legal term is pro forma.) So he filled out the NLRB on his own.

The NLRB then made several rulings in favor of labor unions in several workplaces. One employer, the Noel Canning Company, sued the NLRB. They contended the NLRB did not have a quorum to decide anything. The reason: Obama had no authority to make recess appointments, because the Senate was not in recess.

This case, National Labor Relations Board v. Noel Canning (Docket No. 12-1281), came to oral argument before the Supreme Court yesterday. At issue, according to SCOTUSblog:

The NLRB name came first because they lost in the D. C. Circuit Court of Appeals. The court majority held:

The Board issuing the findings and order could not lawfully act, as it did not have a quorum.

Article II, Section 2 describes the appointment power of the President. At issue here:

The President shall have Power to fill up all Vacancies that may happen during the Recess of the Senate, by granting Commissions which shall expire at the End of their next Session.

The question is: when does the Senate stand in recess? The Constitution does not explicitly say. So what may one naturally assume? That the Senate, and only the Senate, decides when it sits, stands in recess, or stands adjourned.

Recess appointment abuse is, sadly, nothing new. No one has ever done quite what Barack Obama did: unilaterally refuse to take the Senate’s word that it was sitting and did not stand in recess. (And no President has ever done such a thing after he said he wouldn’t.) But other Presidents have made recess appointments, and infuriated the party holding the Senate by so doing.

Justice Elena Kagan took note of this in her questioning during oral argument. (See the transcript, and a recap.) Lyle Denniston at SCOTUSblog sums up:

Justice Elena Kagan…[expressed] some alarm that the country would wake up “one fine morning” and “chuck” two centuries of history of frequent presidential use of recess appointments. Nevertheless [she] said at least twice that “it was the Senate’s job to decide” when it goes out on recess. [That gives] it the ability to control when, or if, the president may make such appointments.

Justice Kagan did ask Noel Francisco, attorney for the employer, whether two centuries of recess appointment history would have to stand, merely because it was two centuries of history. Thus she made the “time sanctions all thefts” argument. This is like calling a bank “too big to fail.” Lawyer Francisco bravely argued the history of the Constitution and its drafting convention should prevail, even over centuries of recess appointment abuse. Justice Kagan must have gotten the point. She did, after all, say: the Senate decides when it stands in recess.

Chief Justice John Roberts, furthermore, affirmed the “absolute right” of the Senate to refuse to fill a vacancy. He even speculated on whether the Senate could sit continuously, and never stand in recess. He seemed to doubt any President could do anything about that.

The kicker might be: Justice Anthony Kennedy suggested he agreed that the Senate could hold pro forma meetings to avoid any hint of standing in recess.

NBC News, Reuters, The Washington Times, and The Wall Street Journal all seemed to agree with Denniston’s take. Reuters and the Times specifically quoted Justice Stephen G. Breyer as saying words to this effect: the recess appointment authority is not a tool to let a President skate on getting Senate advice and consent for his appointments. The transcript reveals something else: The Senate did not have the approval of the House to stand in recess for more than three days. As this excerpt shows:

[SOLICITOR] GENERAL [DONALD] VERRILLI: I think there has to be a limit to that point, Justice Kagan, because, after all, what we’re talking about here is a power that the Constitution gives to the President, the power in Article II. And the President has got to make the determination of when there’s a recess.

JUSTICE SOTOMAYOR: But why? You’re making an assumption, which is that the Senate has to take a recess. But the Senate could choose, if it wanted to, and I think there might be some citizens that would encourage it to, to never recess.

GENERAL VERRILLI: Sure. Of course, it could.

JUSTICE SOTOMAYOR: And – and to work every day, which –

JUSTICE SOTOMAYOR: – lots of people do.

GENERAL VERRILLI: That’s true. They could – they could decide not to take a recess.

GENERAL VERRILLI: That’s absolutely true. But – but it seems to me that that is the choice that the Constitution puts –

JUSTICE BREYER: And they haven’t. And, therefore, they met in pro forma session. Or do you think it wasn’t a meeting? And what do you think about the other part of the Constitution which says they can’t adjourn for more than 3 days without the approval of the House, which they didn’t have. So are you saying that the Senate violated those other two amendments of – the two parts of the Constitution, or are you saying that they have different meanings in the three parts?

GENERAL VERRILLI: I think our view is that it’s hard to see how the – what the – what the Senate did with pro forma sessions complies with either and –

JUSTICE BREYER: Okay. So you’re saying they violated. But if that – if they have pro forma sessions on January 3rd, they violate the Twentieth Amendment to the Constitution. You are saying that if they had a pro forma session on January 3rd, that since their meeting – their recess was still on and lasted more than 3 days, it was a violation of that Adjournment Clause of the Constitution. Now, that’s one way to interpret it. Over a long period of time, they have apparently met pro forma on those days. Or we could try to make them mean the same thing, which would mean it was up to the Senate. They consider that a meeting, it’s a meeting. What do we do?

GENERAL VERRILLI: Or there is another option, Justice Breyer.

JUSTICE BREYER: Would you write that opinion, saying the Senate of the United States has violated two – two provisions of the Constitution?

the most important case about the Constitution’s text since District of Columbia v. Heller.

In that case, the Court held the Second Amendment gives a person the absolute right to arm himself.