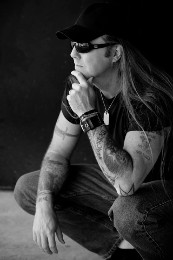 I look to a day when people will not be judged by the color of their skin, but by the content of their character.

Character is defined as: Mental and moral qualities distinctive to an individual.

Recently, I was a guest on my new friend Jesse Lee Petersen’s radio show out of Los Angeles. Friends, keep in mind that Jesse is a black man and I am a white man; and the listening audiences of Jesse’s show seemed to be a majority black audience.

Little did I know that I was going to be brought into the cross hairs of the topic “white fear.”

White Americans need to quit being afraid of being called “racist,” because if you have fear, then they can control you to get you to do what they want you to.

afraid of the likes of Jesse Jackson and Al Sharpton because they again were afraid of being called a “racist.”

He went on to say, “This country is paralyzed by that word,” concluding that if you disagree with Obama, then the black community thinks you are a “racist.”

You hear Oprah Winfrey say that most people disagree with Obama because he is black and that racism is not going to end until old white people die out.

I looked at Jesse and said, “Jesse Lee, I am a white dude and you are a black dude, we both bleed the same color, right? Because we have the same Father.” I told him what Scripture tells us, that God “hath made of one blood all nations of men for to dwell on all the face of the earth” (Acts 17:26). I also stated that we should not subject ourselves to the game that the corrupt politicians in government are playing, or subject ourselves to the political battering rams (the “useful idiots”) such as the Jacksons and the Sharptons of the world. They have been appointed only to divide and conquer. I told Jesse that we should know better than that. “Once we understand the methodology being used here, then and only then will we be able to counteract our enemy.” I also shared with him that it was Leon Trotsky, a revolutionary under Communist Josef Stalin’s regime, that came up with the word “racist,” and it was simply used to browbeat dissenters.

If America would return to its founding documents and realize that we are ruled by Law, not opinion, we would be united regardless of skin color.

Remember what Martin Luther King Jr. rightly stated when he said, “I look to a day when people will not be judged by the color of their skin, but by the content of their character.”

The problem today is that we are no longer rooted in the same principles; therefore, everyone has a different opinion.

Furthermore, I went back and answered Jesse’s statement concerning Jesse Jackson, Al Sharpton and “white fear” with: “I do not know anyone who takes these two jokers serious.” What is dangerous here is that there are people who are willing to defend ignorance to their own demise because of the color of their skin. Only because of this do they go along with those jokers’ deceptions.

I knew right after I said that it was:

Caller 1 into Jesse’s show: “We have been subjected to white presidents our whole lives. what did George W. Bush ever do for the black people?” (Making it a black vs. white thing.)

When I heard the question I leaned around the microphone and said to Jesse Lee, “I am going to get into a fight.” Jesse said go for it!

I said that the issue was between what is right and what is wrong. “White power is as dangerous as black power!” I said, “This race issue is water under the bridge. It does not belong to our posterity; therefore, those who are attempting to resurrect the issue are doing so only for political gain.”

It is an issue of right and wrong not an issue of color. Those who represent us in government, whether it be in the executive office, Senate or in the House, are all ruled by law – white or black!

Then caller 2 chimed in and said, “George W. Bush is a good guy and he stood against abortion.”

I said, “Really!? George W. Bush loves God so much that he stands in direct contradiction to Gods commands. God hates hands that shed innocent blood” (Proverbs 6:16). God said, Thou shalt not kill (Exodus 20:13)! George W. Bush had the power to stop abortion. So I asked the question, did he? No he did not. Next caller.

Caller 3: This caller then resurrects the question, what has Bush done for black people? I said, “I thought that we were in this together.” I then reiterated the same answer I gave to caller 1 and said herein lies the problem: The older folks are caught up into the game played to “divide and conquer” with unlawful and unprincipled opinions by making it a color issue. Again, color has nothing to do with it, the Rule of Law does!

Final caller: This lady came out with guns blazing. She said, “Hello, Bradlee Dean.” She went on, “You said that we bleed the same color.” I said, “Amen.” She said, “We are brothers and sisters.” I said, “Amen.” She went on and said, “I don’t see where we are brothers and sisters because you have one race that wants to be supreme over all others.”

During this interview I replied to every caller with directives found in God’s Word and our Constitution, but they did not. At no time did I give my opinion, but all that the callers gave was their opinion. The difference was that their opinion only produced division for the wrong reasons; the Word of God and the Constitution bring unity under God.

I end with what my brother, who understood that we are to do unto others as we would have them do unto us (Luke 6:31), Martin Luther King Jr. said, “We must learn to live together as brothers or perish together as fools.” And living together as brothers and sisters is only going to happen when we unite under the directives that God has commanded under the United States Constitution, and not until then.

Tune into Bradlee’s radio show, “The Sons of Liberty.” (www.sonsoflibertyradio.com)