I was pleased to hear from Shannon Smith, executive director of the Wyoming Humanities Council, but disappointed to learn that she “disagreed.”  When people disagree with facts, it means they cannot abide information that conflicts with their belief system.  Did she not grasp that our world is afire? that our World Trade Center was bombed and 3,000 citizens killed? that Christians are being slaughtered in Africa and Asia? that Jews are fleeing Europe again? that Sweden and Norway have been called the rape capitals of the world? that the violence occurring around the globe is caused by one group and one group only?

The gift that shows more than the giver wants to tell

The books gifted by the Muslim Journeymen were described as containing “history, faith, and Muslim culture around the world.”  Islamic history, antithetical to all we believe and trust, is severely misrepresented in their accounts. They do not divulge their 1400-year history of violence, slavery, destruction of 270 million people and their cultures, the permanent land grabs, and the forced imposition of Islamic ideology to 1.3 billion people.  They do not disclose their cruel Islamic law, Shari’a, and its incompatibility with our heritage and Constitution.  Our God is not their God; our Torah and Bible are not their Qur’an, of which eighty percent deals with killing the infidels.  The adherents will not live harmoniously with other nations and ideologies and they are a danger to all humanity.  Their literature warrants inspection.

Of the five novels the libraries received, Smith and her staff read Persepolis, by Marjane Satrapi, and admitted it was disturbing.  So was In the Country of Men, by Hisham Matar.  Both are stories of a desolate future and inappropriate, vulgar material.  In the former, Marjane lives in Iran, a country in transition from secular to Islamic religious extremism; in the latter, nine-year-old Suleiman lives a frightening life in despotic Libya.  Both books deal with issues of repression; abandonment and neglect; explicit sexuality and drugs; both have unsavory characters, and deal with issues of unhappiness, anxiety, martyrdom and death, and “life is pain.”   These are very different from the decent, moral literature that produced the people who created our great nation.

The immersion in degradation is intentional.  The books were chosen to discourage the innocent from reading and creative thinking, to produce “common” and “standard” (Common Core Standards) workers who are compliant and easily controlled, like the masses who lost their will to rise up against the Islamic and socialist regimes.  In the words of Montesquieu, “As virtue is necessary in a republic…so fear is necessary in a despotic government.”

The reading material is selected to ruin the minds and imaginations at an early age.  By the students’ mid-teen years, they will have been force-fed a strong diet of social problems and other dark, bleak subjects, learning that socialism is good and capitalism evil, and the white man evil and the black man victimized.  By the time they reach the higher grades, the students will be tarnished, no more able to develop a taste for wholesome material, or relish words and ideas. Their minds are being raped and dehumanized, so as never to be fascinated by a story.

From Wyoming to New York 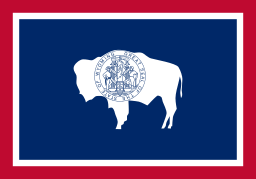 Mary Calamia, a clinical social worker in Stony Brook, New York, testified to the New York State Assembly about the effect of such books on her ever-increasing number of patients.  The books are biologically inappropriate, and children are wetting their beds; experiencing stomachaches, nosebleeds, headaches, insomnia, depression and even self-mutilation. According to Vladimir Lenin (1921), one of the rules of overcoming democratic civilization is to distract the youth with a focus on the superficial, an interest in sex, sensual entertainment, sports and other trivialities, while the administration seizes power.

Wyoming has accepted these books, but if the Council agrees that they are disturbing and do not depict the Muslim culture flatteringly, why would they want to “bridge” our two cultures?  According to the grant, said to provide discussion on rarely discussed topics, the program is to focus on the following goals:

Why should we accept and tolerate their distressing culture?

Why should we better understand and accept their forced female genital mutilation, marriage of prepubescent girls to older men,  women enshrouded, women stoned to death based only on accusations, stabbings, explosions, honor killings, and the bleak existence of repressive societies?

There are no similarities.  They are welcome to assimilate and enjoy our freedoms here, but not impose their Shari’a on our culture – or they may return to the lands of   their discontent.

Many believe the covert purpose of the books is to adjust the readers to accepting life under Islam as we slowly accept their customs, rather than endeavor to overcome complacency and mediocrity — dhimmitude.

I submit that House of Stone by Anthony Shadid, an American foreign correspondent for the New York Times, Washington Post, Boston Globe and Associated Press, was chosen to conform to another part of the Islamic agenda.  While he appears to focus on returning to Lebanon, where “violence is as common as the wind,” to restore his great-grandfather’s ancestral stone house, he dwells on an oft-repeated, nuanced theme to discredit and delegitimize Israel and her people. He recalls not the Lebanon where various factions of Muslims, Maronite Christians, and communists fought for centuries, or the occupation of Hezbollah forces that took root to enforce Islam on the masses and used the town as a base from which to destroy Israel, but time and again cites Israel’s “occupation,” when the Israel Defense Forces came to repulse the advancing terrorist army.

Broken Verses, by Kamila Shamsie, concerns a Pakistani feminist/activist, Samina Akram, who disappeared 17 years ago.  Her lover, a poet known for government criticism, had been brutally murdered by government thugs two years earlier.  When Samina’s daughter, Aasmaani, suddenly begins receiving cryptic letters that only the couple could have written, she begins her pursuit through modern-day Pakistan. The story combines political intrigue, social and political upheaval, civil war, the plight of women, repression and religious fanaticism.  Included are the family dynamic – pain of abandonment, rejection, resentment, jealousy, exile, distrust, fears and imprisonment. Is there value of submerging the students in such feelings that deaden the human spirit, so typical of those identified in Common Core?  What we do not see are traits for which America is known – strength, courage, character, honesty, respect, determination, creativity, aspirations, and achievement.

The author of Dreams of Trespass, Fatima Mernissi, was born in 1940, in seclusion in a harem, an enclosed domestic sprawl of extended families in “9th century Fez,” Morocco.  The compound consists of children, in-laws of several generations; divorced, widowed, dependent female relatives, and ex-slaves.  Fatima can only escape her imprisonment, restrictions and powerlessness in her imagination, until educational opportunities become available.  Now, as Wahhabi fundamentalism returns to the Middle East, and women must again accept the veil, the past is the ominous sign of the future.  Today’s Islamic women face the same captivity and hopelessness that permeated their ancient society.

The Muslim Journey program is purported to be a search for freedom of religion and speech, which are already guaranteed under our Constitution; these are not a beleaguered people here.  The underlying purpose of gifting such books could be to distract from the truth, which is far worse – a way of adapting the American psyche to “when” the Muslims succeed in establishing their caliphate in America.    This is, therefore, a foothold for propaganda to desensitize the American reader, a form of indoctrination, and a way to replace the books of the past.  How is this different from the Hitlerian fetes when the classics were hurled into the raging bonfire?

In a courtroom, we expect to hear from both the defense and the prosecution.  I hope that these Humanities Councils will eventually approach this case with equal objectivity.  Surely, if they claim a goal of understanding and tolerance, then they should try to understand and tolerate both sides of an issue, regardless of predisposition and a firm belief system.  Else, in the words of Lewis Carroll, “If you drink much from a bottle marked, ‘poison,’ it is certain to disagree with you sooner or later.”

How the Usurper usurped