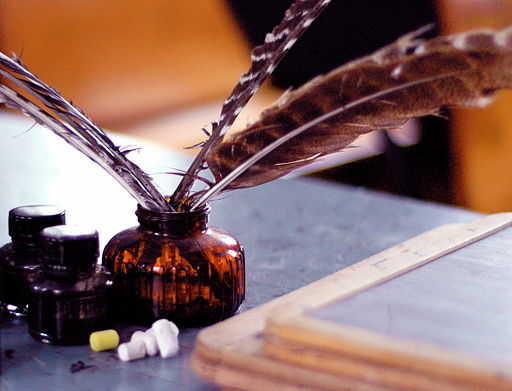 Do you believe that the average American is woefully uneducated about the national problems we are facing?

Do you feel compelled to inform and educate the masses about the troubles we are facing as a nation?

If you answered “yes” to either of these questions, then perhaps you would like to be part of a networking system that can have a major impact in steering this country back onto the right track. It worked back in the 1770s for our Founding Fathers; it may be just what we need today.

The media as we know it did not exist during the Revolutionary War.  However, our Founders recognized the importance of communicating information that was vital to their cause – apart from what was being reported in the press. So they developed a system of networking information they called “Committees of Correspondence” (ComCors). Through the use of a very rustic mail system, they were able to disseminate critical information to each other and their respective spheres of influence – without which they probably would have been easily defeated. ComCors was effective without the use of the internet, modern technology, social media, or texting.  Back then all they had were quill pens and horses.  Today we have the internet, computers, social media, and smart phones.

With their quill pens and horses they circumvented the traditional press of their day and managed to exchange vital information that was needed to defeat the British.

Today many Americans understand that the mainstream media has sacrificed its role as the country’s watchdog in order to promote a liberal agenda by censoring the truth and spinning what they can’t control.  They are not worthy of the freedom of the press that is protected in our First Amendment – a protection that was created to ensure that our country had watchdogs – not for the purpose of creating wealth or promoting power.  Today’s media’s agenda did not permit the vetting of the man now occupying the White House, and it did not report on the power grabs within his administration as well as past administrations. Worse, it hammers and abuses those that attempt to right these wrongs. As a result, our entire nation is at risk as our sacred liberties are being assaulted on an almost daily basis right under the noses of a public who has been deliberately kept ignorant by the media they rely on for information. Don’t you think its time we do something about this?

If you receive most of your news through blogs such as this, it is most likely because you already understand the media failures and the impact those failures have had upon this nation.   And by your actions, you have begun to take a stand against these atrocities.  Some blogs have enjoyed a level of success; others continue to fight against the obstacles of a politically correct but constitutionally wrong system without much success.  It’s time we do more than complain or be content with educating ourselves. It’s we start our own modern day version of ComCors.  Individually we may not be a match for the mega-media, but collectively we can become a force to be reckoned with – and it can be done without any money and with very little effort.

Most readers, whether they realize it or not, have established significant databases – databases of family members, friends, neighbors and a wide variety of people who are not privy to the information being circulated through these blogs.  Imagine how effective we could be if everyone reading vital and informative articles broadcast these articles through their personal databases and all social media sources.  It is realistic to think that such a movement could easily and swiftly circumvent the mainstream media and literally change the course of history.

There’s nothing new under the sun.  During the time of the Hosea in ancient Israel, people and nations were destroyed because of lack of knowledge (Hosea 4:6). With the ability to broadcast news through the vast array of mediums available today, you would think that vital information would be widespread among our electorate.  However, the changing demographics evidenced in our past election tell a different story and now, in the 21st century, in spite of all of our valiant efforts, crucial information still is not reaching the masses as it should.  Today we have the power to change that right at our fingertips.

If we were able to accomplish this, the country could literally be blanketed with reliable information almost instantaneously.  The effect of such an instant dissemination of vital information should go far beyond the parameters of our own combined databases.  We can literally force the national conversation to issues of national importance.

If you are inclined to do this, don’t put it off until tomorrow.

Tomorrow may be too late.

This country is no longer at a crossroads.

It has taken a turn that will lead to the destruction of the land of the free and the home of the brave.  Therefore, time is of the essence.

Start to make a difference today.  Commit to sending the articles that educate or move you to your personal database.  Explain to those in your database that you will be doing this on a regular basis in an effort to share information that you believe is important – critical information that is not being reported through traditional media sources. It won’t take much.  The bulk of the work has been done by the bloggers themselves, but you can be the one that takes their work and spins it into gold. And who knows, if this movement is successful, perhaps in the near future we can say that you had a part in developing the New Millennia ComCors. It may seem like a small thing – but it has the potential to have a huge impact.

Patriot responds to Step One: History

Doctor, Doctor! Where are you?