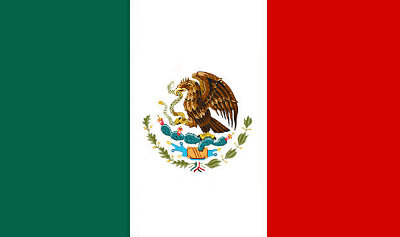 The Obama alien invasion. That’s what Grassfire, to name one grassroots organization, now calls the flood of immigrants from Central America. These include mothers (but not fathers) bringing small children, children traveling alone, and young toughs. Why the Obama alien invasion? Because evidence shows that Obama didn’t just let this happen. He made it happen. He even planned for it. But did he make a good plan? The world shall see.

This afternoon at 3:00 p.m., Steve Elliot and Eric Odom of Grassfire hosted a teleconference for their supporters. This correspondent took part in that. Much of what they said, others have said before. Links are available for it, too. For instance:

The Obama administration uses a Clinton-era law, the Victims of Trafficking and Violence Protection Act of 2000. By that law, the Border Patrol may not deport any person, especially any minor traveling alone, who says he comes from a country other than Mexico. They may not even check that out. Congress passed that law to protect a specific class of minors. Sometimes certain nefarious adults will bring minors in as sexual slaves. This law protects them, so they will give evidence against their kidnappers. Similarly, the Border Patrol may not deport a woman with small children in tow. They might be fleeing from a bad husband/father who beat her/them.

Bill Clinton signed this bill into law in 2000. George W. Bush did renew it in 2002. According to Rush Limbaugh, the Obama administration calls this law “the Bush Law of 2002.” They not only hide Bill Clinton’s role in creating it. They also hide their own role in renewing it, as recently as last year.

Furthermore, the Department of Homeland Security solicited escorts for 65,000 minors traveling alone back on January 28 of this year. And here is the purchase order to prove it.

By the way: Do not – CNAV repeats, do not – believe a word the government says about deporting more aliens than ever. This memo, dated 3 June 2014, gives the government the lie. To quote:

only 0.1 percent of the Central American minors illegally entering the U.S. having been deported in Fiscal Year 2013, down from two percent [before]

Freedom Outpost offers two vast summaries of the evidence. One comes from Judicial Watch. The other comes from Senator Jeff Sessions (R-Ala.). Both show Obama has not enforced the law, and has made no effort. (See Freedom Outpost’s comprehensive report issued yesterday evening.)

Gabe Pacheco, spokesman for the National Border Control Council, says flatly: those aliens are here to stay. Again: don’t believe what Obama says. He does not mean to send any of them back.

And last year, the Immigration Customs and Enforcement service released 36,000 aliens, many suspected of violent offenses, onto American streets.

Eric Odom said much more at the Grassfire teleconference. He coined the term “Obama alien invasion,” or something close to it. He cited witnesses on the ground who know what certain people in Central America have told those taking part in the Obama alien invasion:

Once they get here, no one will send them back.

Those at the Central America end, give them scripts to recite so they can invoke the VTVPA (see above). They also tell them how to get Food Stamps. 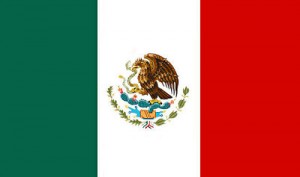 Members of La Raza (The Race) have been working openly among the aliens for at least the past forty-eight hours. They dress in a cross between militia fatigues and gang garb, with armbands to identify them. They tell the aliens how to register to vote. They also tell them this, perhaps to overcome moral qualms about cheating:

You have far more right to vote than the [citizens]. This is our land, not theirs. We need you to help us get it back.

La Raza have never held back on their goal: a plebiscite to retro-cede the American Southwest, and probably the State of Florida also, back to Mexico. (The student group Movimiento Estudiantil Chicano de Aztlán, or MEChA, or in English, “Aztec Chicano Student Movement,” holds the same goal.)

Maybe La Raza are using Obama. Or maybe he thinks he will get the Presidency of a grand North American Union out of it. House Minority Leader Nancy Pelosi (D-San Francisco, California) recently said all persons, whether from North, Central, or South America, were “Americans.”

In sum: those who call this “Obama alien invasion” do so with perfect justice. Obama knew it was coming. Obama, in fact, set it up.

The Obama alien invasion might have more to it than this. American citizens face not only vote dilution, from millions of new Democratic voters registered within a year (and with elections likely to stand as settled even after authorities prove millions of people voted contrary to law). They now face the introduction, or re-introduction, of such unwelcome visitors as:

What would Obama gain from a biological warfare attack against his own country? Making the people cry out to the government to save them. An excuse to expand greatly the power of the Centers for Disease Control. And more broadly, to justify taking full government control of all hospitals “to better deploy resources.”

But Obama maybe did not count on public reaction.

The public turns against Obama

The public, and members of the House from both parties, have turned on Obama. Representative Henry Cuellar (D-Texas-28th) now has asked de facto President Obama half a dozen times to come to the Texas-Mexico border to see things for himself. This morning he told the hosts of Fox and Friends of getting “the call” from the White House. The message: shut up.

Three times the residents of Murrieta, California have turned away buses loaded with alien women and children. But Elliot and Odom told their tele-conferees something dire about that: the government is sending aliens to two different kinds of places. The young toughs, their skins typically bristling with tattoos, go to small towns no one outside their limits ever heard of. The women with the small children go to the big cities, like Los Angeles and San Francisco. Both cities have declared themselves “sanctuary cities.” They wouldn’t cooperate with orders to deport these aliens even if Washington issued any.

Laura Ingraham describes some of the backlash, and also how Obama looks trying to excuse himself. She recommends eleven steps the government could take to get the people to trust them again. Of course the government won’t take them.

Dick Morris thinks Obama has set himself up for permanent disgrace, and the Democratic Party up for permanent exile from the White House. But his argument assumes none of those aliens will get to vote. If they do, they’ll return Democratic politicians who likely will stay in office and serve their terms before anyone proves those voters had no right to vote. If those pols even allow anyone to challenge the results.

One can predict that stories of crimes by illegal immigrants, of disease borne here by the immigrants and the dislocations in communities across the land will dominate the news for years.

Not if, between La Raza-inspired “splogger” campaigns and a few “regulations” of Internet content “to ensure accuracy,” the government and its allies suppress those stories. Why else would the government brazenly refuse to let certain House members (and even some Senators) see immigration “detention” facilities (way stations) in their districts? Why else would they threaten doctors and nurses with arrest if they tell anyone on the outside how many patients they see with T.B., leprosy, scabies, Dengue fever, yellow jack, and lice?

Blunder or part of the plan?

At first glance, someone looking at what’s happening might think Obama blundered badly. Though he clearly called those people to come, and planned for them to come in some numbers, he didn’t plan on them coming in such a swarm. Where, one might ask, are the government crèches, orphanages, and other facilities to take better care of these children?

But have a look at the state of the law. ICE must turn over these children traveling alone to HHS. And they have orders to find places for those children to go. If they have relatives, the government places the children with them; if not, they place them with foster families. Besides, if they built a crèche or anything like that, they’d give the game away faster than you could say Charles Dickens.

And the diseases? That’s part of the plan, too. Raise the chance anyone could catch T. B. just from breathing, and people will want to know the government will take care of them. Sure, they will. If they cooperate, that is. And if the government can do anything more for someone with T.B. than put them in a permanent quarantine colony. T.B. today resists every drug anyone has yet devised to treat it. (Not so Hansen’s disease. The drug “Dapsone” will suppress it so it’s not “catching.” But the patient must take that for the rest of his life.)

ICE plans to send another busload of alien women and children to Murrieta. Several citizens have pledged to stop it. This will occur tomorrow.

More than that, the next place to stop the Obama alien invasion is at the polling place. That means both in the voting booth and at the challengers’ table.