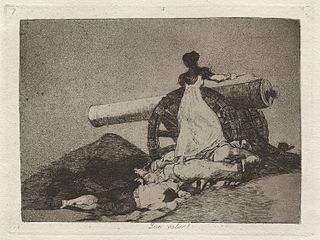 “When valor preys on reason, it eats the sword it fights with.”

Over the past year I have noticed that the spirit of America has gone from bravery, valor, courage and “these colors do not run” to the best that conservatives have (Fox News) stating that, “They are coming for us.” As if to say that there is nothing 312 million armed-to-the-teeth people can do about a bunch of coward devils with swords in hand.

Reason or “reasonable” as enemy of faith and valor 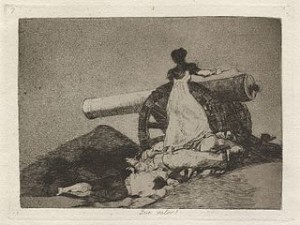 “Not by might, nor by power, but by My Spirit saith The Lord” (Zechariah 4:6). What happened to “the land of the free because of the brave”? I can show you news report after news report, on a daily basis, of news anchors preaching from fear and doubt to the masses who are foolish enough to believe their “reasonable” reports. They’re magnifying the strength of the enemy rather then magnifying The Almighty on the behalf of those who believe (Psalm 78).

Again, “When valor preys on reason, it eats the sword it fights with.”

Reason is faith’s greatest enemy, and when you walk by reason you make faith obsolete!

As Christians we “walk by faith not by sight” (2 Corinthians 5:7). The question I would ask you is: Where is your faith? Mine is in God. The God of Abraham, Isaac and Jacob. The God of our Lord Jesus Christ. The King of Kings and the Lord of Lords. The Lion of the tribe of Judah. The Man of War! The God that said, “Call unto Me and I will answer thee, and shew thee great and mighty things, which thou knowest not” (Jeremiah 33:3). The God Who said that He would, “show Himself strong in the behalf of those whose hearts are perfect [by grace] towards Him” (2 Chronicles 16:9), and “Greater works will you do then I did because I go unto My Father” (John 14:12).

Time to reclaim faith and ignore “the reasonable”

So, my friends, God the Father lays to your candor, “Who hath believed our report? And to whom is the arm of the Lord revealed?” (Isaiah 53:1) I can tell you, to those who respond in faith because they believe.

It is time for America to stand up and be counted, regardless of the circumstances we have in front of us. We have an opportunity, America, to prove our God. So, I ask, whose report are you going to believe? God’s, or man’s?

Video: How to be Victorious in Christ:

Why I shake America awake

Islam and Iraq in Prophecy