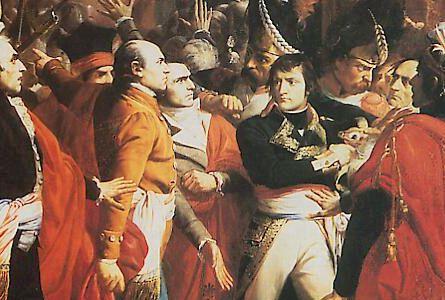 The American Patriot in 2014 is a frustrated human being. Many have been sounding the alarm that our country is being torn asunder by the incompetent, the illegitimate, the opportunist, and the globalist. While all of this is true, the overriding message may be substantially worse. Our country isn’t being torn asunder; it is being taken over. Let me rephrase: it’s already been taken over.

In today’s apathetic culture where the day’s schedule, often geared toward chauffeuring our children to and fro, has taken precedence over protecting our children’s future. In the meantime, many of our ostrich citizens continue to hide their heads in the sands of destruction. As a result, America is no longer America. We have suffered a very well orchestrated bloodless coup that few seem to notice – probably because it has been bloodless. The great majority of Americans fail to realize what had happened and without realization, there can be no restoration and the America we love may be gone forever.

What is a coup d’état?

To be clear, a coup d’état can be properly defined thus:

A coup d’état typically uses the extant government’s power to assume political control of the country. In Coup d’État: A Practical Handbook, military historian Edward Luttwak states that “[a] coup consists of the infiltration of a small, but critical, segment of the state apparatus, which is then used to displace the government from its control of the remainder.”

If you will notice from the definition above, a successful coup does not require bloodshed, only the infiltration and displacement of the extant government. It would be difficult to argue with anyone who possess a modicum of awareness that our system of government has been replaced by ideologues whose true intentions can only be known by God, as they seem to escape those of logical-thinking mortals.

However, there is such a thing as a counter-coup. Counter-coups have fallen into the successful and unsuccessful categories. They have also run the gambit from violent to peaceful. One thing they all had in common is that they had leaders who understood the state of their condition, refused to cooperate with the coup, and were able to motivate others to do likewise. Unfortunately, America has been tragically slow to understand her fate and worse – she has not yet produced men or women who both understand the tenants of civil resistance and possess leadership abilities.

In today’s political climate there are many who do understand that our government has been overthrown and dismantled. However, those that understand seem either unwilling or bewildered about what to do next, partly because we have been blind-sided. Bewilderment may not necessarily be a bad thing if it is the first step in achieving a successful counter-coup, which requires understanding the problem. 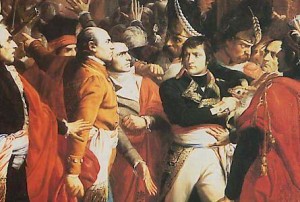 Napoleon Bonaparte leading the coup d’état of the 18th Brumaire.

It is the next step that is crucial. The next step requires making the decision and the commitment to do something about it. Unfortunately, this step has a fatal flaw. It requires leadership – and not just any leadership. It requires leadership that is capable of creating winning strategies. This leadership can be comprised of men and/or women with military experience who consider their oath to protect our Constitution from enemies both foreign and domestic to be a lifelong commitment that doesn’t end when their paycheck ends, but it can also come from the civilian ranks that understand coups or is willing to study coups and figure out how to successfully orchestrate one. In either case, this leadership cannot be timid or easily frustrated.

The history of America would have been drastically different if the Pilgrims and Puritans of England and those living in Colonial America did not have such leadership. They did, and because of those valiant leaders we enjoyed a land filled with liberty and prosperity for the centuries that followed. Every generation requires leaders or it will implode and/or surrender to coups and tyrants of all kinds. While our airwaves are filled with soundbites from those seemingly capable of leading us back to where we belong, airwaves alone can’t fight this battle for us. We need men and women with true grit willing to take it to the next step and devise a plan for a counter-coup. Perhaps it could be someone like Col. Allen West, or General David Petraeus, or perhaps Gov. Rick Perry, or Sarah Palin, or any one of the talking heads in the limelight that is willing to do more than talk the talk, or perhaps it will be someone who has been sitting on the sidelines and simply cannot take this travesty any longer. Regardless of who it may be, they can be sure there will be multitudes to follow. For surely as the sun rises in the east, there are many patriotic Americans waiting to hear their plan, hoping and praying that it will be revealed soon, and ready, willing, and able to stand with them to throw the innumerable traitors out of the People’s House, Congress and the courtroom benches.

But know this, the burden falls to each and every one of us. It may be someone who has achieved some celebrity or it may be someone who has escaped the media’s attention, but it needs to be someone with a plan who can inspire others to follow that plan. America doesn’t need a hero and America doesn’t need another talking head; America needs a plan. America also needs to fully understand that no one is about to give us our country back. We have to take it back or lose it forever. If that someone is listening, please get off your duff and let’s get rolling. America needs you. Go out and contact others who think like you do and sit down and do some brainstorming. Our Founding Fathers did it and so can you. America is hanging in the balance – and the rope she is hanging is on is mighty thin.

“Perhaps it could be someone like Col. Allen West, or General David Petraeus”

I’ve worked for General Petraeus. He thinks people like you are embarrassing crackpots.