Proven to be a faithful criminal with his little cronies under the Clinton administration, Attorney General Eric Holder has now been exposed once again by showing the American people how truly corrupt he is. If he is not stonewalling, then he is attempting to cover for some unlawful scandal this criminal administration has committed. Now he is even attempting to run from what he is responsible for by attempting to get out before being held accountable.

Holder getting out while he can

Judgment in cases of impeachment shall not extend further than to removal from office, and disqualification to hold and enjoy any office of honor, trust or profit under the United States: but the party convicted shall nevertheless be liable and subject to indictment, trial, judgment and punishment, according to law. 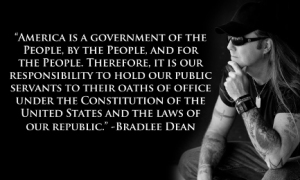 It is being reported that Eric Holder is “getting out while the getting is good.”

“Holder knows the House is after him to produce his emails in the IRS scandal involving Lois Lerner, and he wants to get out now, in the possibility the Republicans control both the House and Senate after the November elections,” said Rep. Steve Stockman, R-Texas.

There are multiple sources that are reporting that Holder will step down as soon as a successor is confirmed, which means he could stay in office well into next year. One source reported the attorney general is “adamant” about leaving soon so that he doesn’t end up staying in the job during the remainder of President Obama’s second term.

Calling him the “stonewaller in chief of the Obama administration,” Stockman said “the pressure is building on Holder in Congress and Obama knows it.”

“Holder has been keeping the lid on the IRS scandal so far, but I think Congress is going to find out there has been collusion between Holder’s Justice Department and the way the IRS investigations of conservatives have been pursued,” he said.

Holder shows contempt for the law

So here we have Eric Holder, who is appointed to magnify the law against crime, but has instead repeatedly magnified crime against the law.

Article II, Section 4, of the U.S. Constitution states the grounds for impeachment:

… all civil officers of the United States shall be removed from office on impeachment for, and conviction of, treason, bribery, or other high crimes and misdemeanors.

Since 1797, the House of Representatives has impeached 16 federal officials.

It is time to bind criminals such as Eric Holder down with the chains of the Constitution and throw him in jail where he belongs. America is a government of the People, by the People, and for the People. Therefore, it is our responsibility to hold our public servants to their oaths of office under the Constitution of the United States and the laws of our republic.

If we fail to do so, our government will become “a source of terror to all its citizens” and create “a country where everyone lives in fear.”