Back in the days of Al Capone, racketeers could usually be found in Speakeasies or clandestinely taking numbers on dimly lit street corners. Today’s racketeers can be more difficult to identify since they don’t carry Tommy guns in violin cases or go by the names of Scarface or Pretty Boy Floyd anymore. As times changed, so did their mode of operation. The racketeers of the 21st century may be charming but they are every bit as nefarious as their 20th century counterparts.

What is a racketeer?

In order to be able to identify today’s well-disguised racketeers, we need to understand what a racketeer is and how they operate. There are several definitions for racketeering that should be taken into consideration: 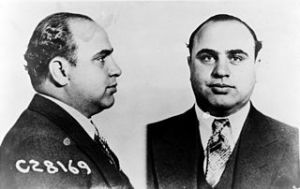 Since all definitions include participating in “illegal activities” to be the earmark of racketeering, in order to fully understand racketeering, we must understand what constitutes an illegal activity. We usually equate illegal activities with an array of crimes, ranging from murder to embezzlement and a whole host of violent and white-collar offenses. However, the term “illegal” pertains to anything that is contrary to our constitutionally based Rule of Law. In October of 1970, the RICO Act became law and the charge of racketeering could be applied to a person or group of people, with racketeering defined as committing multiple violations of certain varieties within a ten-year period. Its stated purpose was simple: “the elimination of the infiltration of organized crime and racketeering into legitimate organizations operating in interstate commerce.” S.Rep.No.617, 91st Cong., 1st Sess. 76 (1968).

Our founders also had a term they used in the Constitution to cover a vast array of illegal activities: “high crimes and misdemeanors.” To ensure as best they could that our representatives would uphold the Constitution, they required in Article VI that all executive and judicial offices of both the federal and state governments take an oath to preserve and protect the Constitution. When they did this, they made the violation of this very special oath of office an illegal act. Of course it should be noted that many of our elected officials don’t even know what the Constitution contains; never mind bothering to uphold it. However, ignorance has never been a credible defense for any law-breaker. Therefore, violation of their oath to preserve and protect the Constitution does qualify as an illegal activity – but is it racketeering, and hence a RICO violation?

According to the above-referenced definitions for RICO, which were written to eliminate the infiltration of organized crime into legitimate organizations that were operating interstate commerce, the answer is troubling.

Additionally, they comply with Wikipedia’s definition of racketeering by offering to solve problems that in most cases they have created…with the specific intention to engender continual patronage for this party by selling favors and the rest of America down the proverbial stream. While it can be argued that certain members of Congress have specifically intended to keep their constituents dependent upon them, the results are that they have done just that. Whether it be through undeserved entitlement programs or simply not addressing amnesty, they violate the Constitution and the Rule of Law in order to buy votes. This is especially true in urban areas where their constituents have become so dependent on the government programs authored by these racketeers that they vote in great numbers out of fear of losing their entitlements. After all, who among us can argue that these career politicians don’t have a “racket”? And since these representatives frequently break both the letter and the spirit of the Constitution and vote strictly according to party lines, it can also be argued that both those of the Republican and Democratic Parties have created legislative organizations, which makes them not only constitutional criminals but organized criminals.

On closer examination, Webster’s definition should not be discounted either. If any member of Congress has violated his or her oath of office by sponsoring or voting for unconstitutional laws, once again they have neither protected nor preserved the Constitution. Therefore, in all these instances they are guilty of illegal activities. And if one should research the war chests of members of Congress as well as comparing their net worth prior to being in office to their net worth accumulated during office, it is very clear that “serving” their constituents is a very lucrative endeavor. And if they manage to stay in office through intimidating any and all challengers as well as keeping their constituents in fear of losing their entitlements, they also comply with Webster’s intimidation criteria.

The whole situation is exacerbated by the fact that it is those in government that are supposed to protect the public from racketeers have become racketeers – and worse – they probably don’t realize it. So, not only is the fox guarding the hen house, but the fox believes he is a hen, and the hens keep the fox in charge. And once again, as the beautiful fall weather approaches and the leaves begin to change color; it’s time to get out the old Election Day clothes pin to help hide the stench of poor candidate choices.

America needs to wake up and start prosecuting the racketeers instead of voting them back into office time and time again. Many times in the past I’ve said that it’s time to throw the bums out but in reality it may be time to throw the bums in prison. Maybe then sanity can be restored to America. And maybe then we can start restoring our Constitutional Republic. May God help us, for surely at this point in time the corruption can only be removed by His hand. So this year, when you get out the old Election Day clothes pin, pray for America like you’ve never prayed before. Pray that God will have mercy on America – mercy that we do not deserve – and pray that His children will develop the intestinal fortitude they need to confront, defeat, and imprison the racketeers that have destroyed and perverted the American Dream.

Reprinted by permission from The Daily Rant (copyright 2014 Mychal Massie).