Serious religion, under its various denominations (Lutherans, Baptists, Wesleyans, Catholics etc … ) is not only tolerated, but respected and practiced. Atheism is unknown. …

Sometimes the press will describe us as monitoring hate crimes and so on. … I want to say plainly that our aim in life is to destroy these groups, to completely destroy them.

I know that the atheists, communists and revisionists are working overtime trying to convince you that your forefathers were just like them, but let me tell you friends, nothing could be further from the truth!

They attempt to convince you that your forefathers were ignorant, deists or godless effeminate pansies. If they cannot get away with that, then they just attack you head on with misinformation and unlawful tactics in hopes that you will capitulate.

Revising God out of history

For example, the American Civil Liberties Union was busted omitting certain portions of Article 1 of the Bill of Rights. They posted on their website

Congress shall make no law … Abridging the freedom of speech …

Article 1 of The Bill of Rights goes as follows:

Congress shall make no law respecting an establishment of religion, or prohibiting the free exercise thereof …

The founder of the ACLU Roger Baldwin, stated,

I am for socialism, disarmament, for abolishing the state itself. … I seek the social ownership of property, the abolition of the propertied class, and the sole control of those who produce wealth. Communism is the goal.

Now they are attacking cheerleaders in Tennessee. Years ago, the American Civil Liberties Union of Tennessee asked the Oneida High School to stop announcing prayers over their PA system. Instead of opposing these communists, the school pandered to them, changing “prayer” to a “moment of silence.” The young people did what the parents wouldn’t do and that was to poke the ACLU in the eye. In September, as the moment of silence was called, the cheerleaders joined hands and began to recite the Lord’s model prayer from Matthew 6. They had no need for approval from a communist organization. 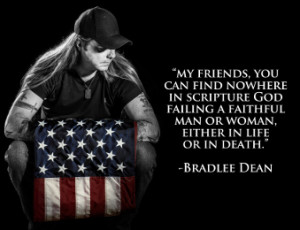 What of the humanists that are now attacking football players in Georgia on an anonymous tip?

Madison County Red Raiders football team makes it a habit of passing by and touching a stone monument before they head out to the gridiron for their games. However, the Freedom from Religion Foundation and the American Humanist Association are crying like a bunch of babies against what’s on the monument.

The two anti-theist groups, who claim to not believe in God (but we know they are really suppressing the truth in unrighteousness), are attacking the high-school monument because it references the following:

In complete contradiction to America’s foundational principles, the National Education Association agrees with humanism. Humanism is summed up in the following excerpt by John Dunphy in his article,”A Religion for a New Age”:

No laws are being violated by the students because the law stands contrary to the communist and humanist agendas. The obstacle is the One who gave the law (Exodus 18:21). Because they do not want to submit to that Law Giver, they then want to become the law (Isaiah 14). That is tyranny!

When I go to the Declaration of Independence, I see clearly that our forefathers were endowed by “our” Creator with certain unalienable rights. They appealed “to the Supreme judge of the world” as they put the “firm reliance on the protection of divine Providence” to throw off tyranny.

When one looks at our foundational documents bestowed upon us at such a high price, one should, out of gratitude, take the time to read what has been sacrificially given on their behalf.

The last thing that any thankful American would want would be to find themselves standing against those who had sacrificed to secure their rights or even the Right Giver Himself. Yet, that is what is happening in America.

On the other hand, there are those who will not stand down in the face of those who are trying to deceive them out of them rights, namely the students in public schools. Has it really come to this, America, that the students are doing what the older generation will not do, namely standing up for their rights?

There are some American people who have now been so dumbed down that they believe they have to ask an atheist for permission to obey God (Acts 5:29).

Vladimir Lenin said atheism proceeds communism (ACLU) and that the communists needed useful idiots to implement a totalitarian government. People are now bowing to these “useful idiots,” looking for permission to obey God because they have been so ungrateful that they haven’t taken the time to read the Bible and the founding documents, which only expose these individuals.

Remember, when you disobey God’s commandments, you give way to tyranny, and resistance to tyrants is obedience to God!

The video below exposes another group who also uses the same totalitarian methods.