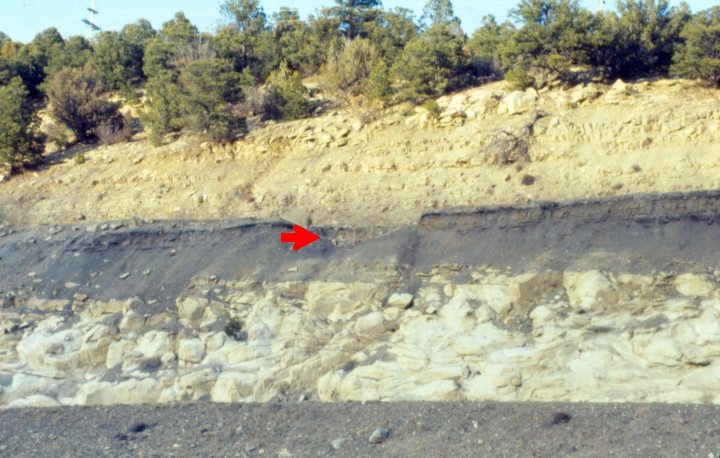 Recently I had the privilege of conducting a presentation on the dinosaurs to our church’s children’s Sunday school class. I began with a question: what do you think happened to the dinosaurs? The answer was as I expected: an asteroid strike killed them. This theory is under challenge. As many multidisciplinary studies suggest, the Chicxulub impact (commonly believed to be the asteroid strike responsible for the KT Boundary theory) predates the actual mass extinction record for the area. Yet the theory persists in textbooks. So teachers still teach it in classroomsi nationwide. Interestingly, the studies give rise to a resurgence of the Deccan Volcanism hypothesis.

Evolutionists and Creationists both accept a mass extinction that eliminated approximately 70-80% of all speciesii, including most of the dinosaurs. Evolutionary scientists believe this mass extinction occurred around 66 million years ago during what they call the Cretaceous and Paleogene periods. They abbreviation this time frame “K-T extinction” or “K-Pg extinction.” 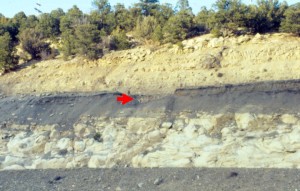 Of course conventional science demands an explanation for such an occurrence. Furthermore, it demands a non-Biblical answer. (Even creation science ought to allow no miracle to which the Bible does not specifically attest.) After many theories have come and gone, the asteroid theory gained the most popularity. It has/had its basis on the finding of iridium in the geological layer of dust where many dinosaur fossils lay. Investigators found a huge crater dating back to this era at Chicxulub, Mexico. Most observers believed this find supported their theory. But recent studies contradicted its conclusions. The original conclusion seemed logical. Iridium is rare. Meteorites are supposed to carry it in concentrations far exceeding those found on earth. However, iridium also is present in volcanic ash, such as at the famous Pompeii site and the Deccan Traps in west-central India, one of the largest volcanic provinces in the world. It encompasses an area roughly the combined sizes of the states of Washington and Oregon with lava flows that are thought to have been produced over a period of months and possibly years. Some investigators believe the deep mantle plumes that created the Deccan Traps caused the continent to break apart.

Additionally, an active volcano in the Indian Ocean still spews iridium today. Thus two decades of data regarding the impact theory tended to discredit that theory. This made way for the volcanism theory of extinction, popularly known as the Deccan Volcanism Hypothesis.

In pale comparison to the Deccan Traps in India, in 79 AD Mt. Vesuvius erupted. When it did, it covered Pompeii and Herculaneum with pyroclastic layers 3 meters thick over Pompeii and 23 meters thick over Herculaneum. An eyewitness account by Pliny, one of the fortunate survivors, tells us that the eruption lasted 18 hours. Volcanologists estimate the eruption was 100 times more powerful than the atomic bomb dropped on Hiroshima. The rock and ash layers preserved the towns in a type of time capsule that archaeologists accidentally discovered in 1748. One of the remarkable aspects of this discovery was that the ash layers covered the bodies of the victims of the volcano and eventually hardened. The bodies under the ash decayed over the years and created a type of bubble, which paleontologists were able to pour plaster into and create a mold of the victims.

No such bubble exists for the dinosaurs as in Pompeii. So one must ask: what happened to the ash that covered the dinosaurs as a result of the volcanic eruption(s)? Keep in mind we do have evidence of iridium in the fossilized bones of the dinosaurs. Also keep in mind that the bones are fossilized. So the layer covering them must have been sedimentary to enable the fossilization. Aside from the dust layer containing iridium in the K-T zone, dinosaur bones do not lie under bubbles of hardened layers of ash, as happened in Pompeii.

(contributed by Terry A. Hurlbut)

As perplexing a mystery as all of this may be, the explanation is rather simple to those who are not afraid to consider the biblical account of Noah’s Flood. Here it is: a subcrustal ocean of supercritically hot water, fifty miles below ground, broke out where the Mid-Oceanic Ridges now sit on the floors of the earth’s oceans. That ocean eroded the edges of the original land mass for four hundred miles inland. In the process it created the largest quantity of mud that ever flowed. That mud buried the dinosaurs, and all the other creatures in the fossil layers, in less than one year. The layers sorted themselves out by density; deeper layers are more dense than superficial ones.

Furthermore, a large amount of water, rock and mud escaped into outer space. Earth lost four percent of its mass that way. This escaped mass formed the meteoroids, asteroids, comets, and trans-Neptunian objects we know today. Perhaps some of those objects do carry iridium. But the meteoroids did not fall to earth 65 million years ago. Instead, a layer of iridium sorted into the “geological column,” beneath the dinosaur bones.iii

The volcanism theory might explain an iridium layer beneath the dinosaur bones, and not on the same level with them or above them. But it cannot explain the absence of the negative molds of volcanic ash the archaeologists found at Pompeii and Herculaneum.

This explanation invokes no miracle – unless you count Noah getting 120 years’ warning of the event, and detailed instructions for the most vital project in the annals of naval architecture.

iiiFor more information, see Brown WT, In the Beginning: Compelling Evidence for Creation and the Flood, Center for Scientific Creation, now in its ninth edition. http://www.creationscience.com/onlinebook/

Origin of universe and life

The layer at the K-Pg boundary that contains a high concentration of iridium as well as shocked quartz varies in thickness from place to place, but is typically only a few mm to cm in thickness. What sort of negative mold do you expect to find in such a thin layer?

Do you propose that the iridium-containing layer of material is denser than the layer above it and less dense than the layer below it in the geologic column? If not, how else did it ‘sort itself’ there during the Flood?

Well, that’s the gag. Volcanism sufficient to kill the dinosaurs should have produced far more iridium than you find.

“Volcanism sufficient to kill the dinosaurs should have produced far more iridium than you find.”

Under what set of assumptions? How much volcanic material and of what type do you think it would take, and what would the iridium content of that material be, such that there isn’t as much as you would expect?

You didn’t say whether the iridium-bearing layer is denser than the overlying layers and less dense than the underlying layers. Are the shocked quartz particles in that layer also of equal density?