Pope Francis would be on more solid theological grounds if he were to call upon Muslims to apologize for their sins against the Jewish people as did Pope John Paul II.

In A Jew Today (1978), Elie Wiesel, a survivor of the death camps, recalls how he had been “struck by a harsh truth: in Auschwitz all the Jews were victims, all the killers were Christians.” He apologizes, as I do, for embarrassing his Christian friends, but he is morally bound to tell the truth.  He asks: “How is one to explain that Hitler and Himmler were never excommunicated by the Church?  That Pius XII never thought it necessary, not to say indispensable, to condemn Auschwitz and Treblinka?  That among the SS, a large proportion consisted of believers, who remained faithful to their Christian ties to the end? That there were killers who went to confession between massacres?  And that all came from Christian families and had received a Christian education?” 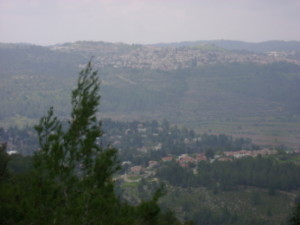 Contrast a passage from Rabbi J.B. Soloveitchik’s Halakhic Man (1944), referring not to Nazis but to men of the Middle Ages:  “How many noblemen bowed down before the cross in a spirit of abject submission and self-denial, confessed their sins with scalding tears and bitter cries and in the very same breath, as soon as they left the dim precincts of the cathedral, ordered that innocent people be cruelly slain.”

Returning to the Holocaust, Wiesel does not forget the brave Christians who came to the aid of Jews.  But he tacitly asks, without answering, why only a few hundred among hundreds of millions in all of Europe, the home of Christian humanism?

One reason is that the founder of Christianity (like the founder of Islam) is an integral part of the faith. To reject Jesus is to deny the validity of Christianity (just as rejection of Muhammad implies the invalidity of Islam). But this is to reject the New Testament (as well as the Koran – surely a basic cause of anti-Semitism – really hatred of Jews and Judaism).

Some Christian theologians have at last traced anti-Semitism to the New Testament.  (See Alan Davies, AntiSemitism and the Foundations of the New Testament,1979). However, rather than engage in scriptural analysis, it may be more meaningful to examine the old contention of orthodox Christianity that the destruction of Jews and of Jewish communities was a divinely ordained punishment for their refusal to recognize Jesus as the Messiah. I shall show that underlying this contention is a monumental yet virtually unknown error.[1]

…and a deeper theological error

The Christian doctrine of divine reward and punishment is based on a fundamental and tragic misconception. Christian theology accepts Leviticus 19:2, “You shall be holy, for I the Lord your God am holy,” as well as Deuteronomy 28:9, “And you shall walk in His ways” (imitatio Dei).  But it fails to bring into correct juxtaposition Isaiah 55:8, namely, “My ways are not your ways.”  That is, it confuses God’s “general” ways, which men can know and imitate because they are prescribed in Scripture, and God’s “particular” ways, which are not knowable. “The hidden matters belong to the Lord our God, but those things which are revealed belong to us and to our children for ever, that we may do all the words in this Torah” (Deut. 29:28).

Why a righteous person is sometimes allowed to suffer, and why a wicked individual is sometimes allowed to prosper, involve particular laws known only to God.  Of course, if the wicked were always punished here and now, and the righteous were always rewarded here and now, there would be neither wickedness nor righteousness, for man would be without free will.  Human ignorance of God’s particular laws of reward and punishment is a precondition of free will, hence of man’s humanity.

God’s ways often seem cruel from a human perspective – think of Job.  And of this:  “when it rains, weeds also flourish, and with drought lilies also wilt.”

Our knowledge is exceedingly limited, especially of what lies in store for us in the future. So far as conduct is concerned, we are given to know a finite set of positive and negative laws, infractions of which are dealt with in judicial courts.  There judges apply the law to the questioned act or actions of specific individuals.  They do not and cannot inquire into and evaluate the infinite train of causes and consequences of any human act.

Only an Infinite Intelligence can do that.  Put another way: only the Supreme Judge of the world can weigh the exact harmfulness (or salutariness) of an individual’s deed, can judge him not only in relation to all of his other deeds, good and bad, but also in relation to all other individuals who may have been directly or indirectly responsible for his conduct.

The particular laws or standards governing this infinite computation of reward and punishment, in which individuals and even nations are judged, are humanly unknowable.  (Consider the song of Hannah, who understood that “the Lord is a God of Knowledge, and by Him actions are weighed” [I Sam. 2:3].)

Now, down through history Christianity (but also Islam) has committed the fatal mistake of presuming knowledge of the particular laws of divine reward and punishment. Without God’s infinite knowledge, it has imitated God’s “particular” ways which, from a human perspective, are often cruel, and it has applied these ways not only to individuals but to entire communities.

It is in this light that we are to understand the negative side of “religion” – a non-Jewish concept  so cruelly manifested in the Inquisition and the Crusades.  And thus it is that, to save “errant” souls, Christians have oftentimes dispatched them to heaven.

All this is utterly foreign to Judaism. Jewish jurisprudence (Halakha) knows only of God’s general ways, for these are set down in the Torah which “is not in heaven but here on earth for all to see and learn” (Deut. 30:12).  Lacking omniscience, the Jewish judge leaves the saving as well as the damning of souls to the infinite judgment of God.

This Jewish teaching should be brought home to Muslims, and why not by a devout Christian like the Pope?

[1] I am indebted to the renowned Torah philosopher Rabbi Dr. Chaim Zimmerman, of blessed memory, for the following explanation, but for whose present formulation I alone am responsible.