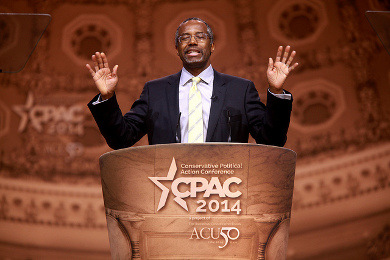 For as long as the human race has existed, there have been victims. Some, such as Abel, may have been taken off guard. Others fell victim to fear, paranoia, bullying, and whole host of negative behavioral influences. In more recent history, perhaps the most poignant example are the masses of victimized Jews who willingly boarded trains on route to concentration camps, as well as those that reportedly stood in line waiting to be shot by Nazi bullies while witnesses watched. Their victimization was preceded by the surrendering of their firearms, which began the conquest of fear orchestrated by the Nazis. The level of fear they experienced is still palpable in surviving news clips and not within our grasp of understanding. However, the fact remains that these victims could have greatly outnumbered their victimizers, had they managed to overcome their fear, which could have been more reasonable had they been able to hold on to some means of defense. Nevertheless, the wisdom in the Bible rang true for the Jews in Nazi Germany: indeed, the fear of man had proven to be a snare.

The human tendency to submit one’s self to the intimidation of bullies has national consequences today as well. We see it in our urban districts where people of color are taught from an early age that they have been victimized by the “bad” white man. This teaching has resulted in racism and hatred of the white man. We see another form of it in the presidential administration that believes that America has victimized the world and thus needs to be disciplined and humbled if world peace is to be realized. This worldview resulted in a presidential apology tour and the escalation of terrorism worldwide. We also see it in our school system that teaches that our Founding Fathers were elitists and the government they produced capitalized on the suffering of others, resulting in a generation that thinks socialism is a “good thing.” They are led down a fallacious path filled with irony that teaches that government can fix all the problems that government created. In their desire to create a Utopian society through government control, they wish for something that never was and never will be.

Regardless of the repercussions of victimization, fear and/or intimidation – as well as downright lies – seem to be the root cause. So, when men like Dr. Ben Carson speak up against this debilitating trait, he is victimized by those who revel in their misery. It should be noted that the current view of victimization is a fairly new phenomenon in America. Just a generation ago, President Kennedy uttered those historic words, “Ask not what your country can do for you; ask what you can do for your country.” Today that concept of service does not resonate with those who believe they have been victimized by their country. Instead, they believe they are owed a debt. This has resulted in an attitude that has birth a nation of entitlement-seekers that wallow in their own self-pity instead of taking advantage of the opportunities the brave once fought to secure for them. They are a disgrace to the memory of men such as Dr. Martin Luther King, Jr., who stood up to the bullies of his time and would not submit to a spirit of victimization.

Today we have two national figures that lie in stark contrast to each other regarding victimization. One lives at 1600 Pennsylvania Avenue and the other one seeks to live there. The one living there at this present time was for all intents and purposes by his mother who sent him to live with his affluent grandparents in Hawaii. In his formative years, he was befriended by Frank Marshall Davis, who helped him transfer his personal hurts to national sins. Through a series of personal relationships that capitalized on his misplaced feelings of national victimization, this young man grew up with a deep-seated resentment for a country that had little or nothing to do with the victimization he was feeling.  And as is the case with all victims – whether real or perceived – he chose to embrace his victimization.

Then there is Dr. Ben Carson – a man who grew up in abject poverty and had more of a reason to feel victimized by his lack of resources than the privileged Obama. While Carson’s mother couldn’t give him the material comforts Obama enjoyed, she gave him something much better. She taught him to overcome and be a victor instead of a victim.

Unfortunately, today our nation is filled with those who embrace a self-imposed victimization that identifies more with Barack Obama than Ben Carson. This identification is ironic and baffling since Dr. Carson shared their impoverished circumstances and a history of racial oppression. Both Obama and Carson rose to great heights. However, only Carson embraced the American Dream of limitless opportunity and refused to be victimized. It was Carson’s worldview on victimization that resulted in him saying he would have not willing submitted to the Oregon shooter. His response wasn’t a condemnation of those that were executed. It was a response that was generated from a soul that was taught to overcome. Had Obama learned the same lessons as Ben Carson, he could have been one of America’s greatest success stories – inspiring others to reach for greatness instead of wallowing in victimization.

Obama’s path down the road of self-pity and victimization is not an isolated one. The urban streets are filled with hate-monger preachers who preach victimization instead of liberty, and carpet-bag politicians who profit from the distraught communities they represent. They are opportunists that thrive on the misfortune of others and prosper from keeping them in their invisible chains. The truth of the urban culture is hidden in a prison of self-imposed despair where the individual serves as their own jailor. While all the Republican presidential candidates tell us that our best days are ahead, their rhetoric falls on deaf ears in America’s cities. It is sad. America can be great again. Liberty can thrive and this once shining city on a hill can still shine. But in order to do that our captives must be set free – free from their own self-imposed victimization, which at this point will take nothing less than the hand of God – and His preachers who teach those in despair how to overcome. Never before in the history of mankind have so many had so much opportunity who instead have chosen bondage instead of liberty. God help the rest of us that are becoming unwilling victims of the out-of-control government they are foisting upon us. May we stand strong, overcome, and not submit again to a yoke of bondage.

Related Topics:candidateelectionhistorypresidentsecond amendment
Up Next