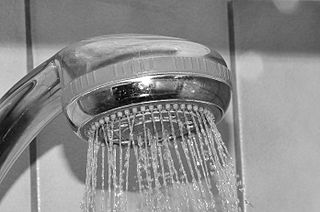 My first inclination was to title this piece, “Obama threatens to spank school district for not favoring a single transgender student.”

Too crass, I thought, but along came an article before I got to write word one; it was entitled “Complete Anarchy’ as Obama Invades girls’ Showers.” The subtitle was even more scathing and reads “Feds force school to comply with ‘profoundly stupid’ rule.”

Good online writers hyperlink their important references for safety’s sake. But this one had to be connected for the reader whose incredulity would not allow them to believe what they were reading. 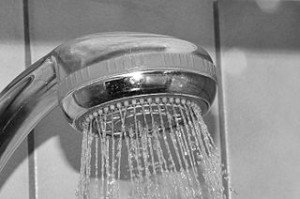 The story is not complicated. One boy who thinks he is a girl wants to play on girls teams, be allowed into the girls locker rooms and shower with the girls, is not satisfied with the broad accommodations the school district has already made.

Now liberalism’s standard knight in shining armor (ACLU) has come to the boy’s defense along with Barack Obama breathing out warnings that the school will lose its Title IX federal funding if it does not speedily comply.

Since the boy has had no genital alterations, his male anatomy would have to be seen by any and all girls showering. Their discomfort and any other feelings that may conjure will be ignored for the exception, and progressivism has once again proven that America is in the throes of collective reprobation.

What we have essentially is a world where Isis kills and beheads Christians and others followed by enough aborted babies to start a new country and a world on the verge of world war three. Safely tucked into the lavish environs of the White House we have a president who is concerned with what takes place in a girls shower room.

This is a truth that could not make good fiction in a low budget B movie, much less a policy issue in the once most dignified and morally advanced nation the world has ever known.

This writer is fully aware, for the most part, that my warnings about our moral decline fall largely on deaf ears. But this too is part of prophecy. All prophecy serves to describe this event and a thousand more just like it. Evil will have its day (Pr 16: 4) and when it flowers, judgments will begin to fall, don’t look now, but that has already begun.

Addressing this world class absurdity has become a daily affair for those warning our nation that her moral decline is now in the most advanced stages known as ‘reprobation.’

Here is the key: reprobation is a judgment.

It is the very first stage of judgment and is followed by progressive and far more serious physical actions like the rise and fall of nations, wars and natural calamities.

Reprobation is the inability to discern between right and wrong. Liberalism, socialism, progressivism, false and apostate theologies and religions are the very medium by which evil brings these judgments upon everyone.

And even as they did not like to retain God in their knowledge, God gave them over to a reprobate mind, to do those things which are not convenient. (Romans 1:28)

The ‘Godless generation’ has a day of evil, but make no mistake it is not a day of winning. When minds and hearts go reprobate lives are lost, literally, eternally and without remedy.

We have seen our president follow the yellow brick road of progressivism to this day, while the world is at the brink of Armageddon, Barack Obama’s mind is on a girls shower room.

Thanks to Rush Limbaugh this article was read on 600 radio stations on Nov 5, 2015 and transcripts are available on Rush’s ‘Quick Hits Page.’