As reported this week (February 10, 2016) by ARUTZ SHEVA), Barry Shaw rightly said: “It is disgraceful how incompetent the Israeli government is when it comes to public diplomacy. It’s not only shockingly bad, it’s actually dangerously damaging to us.”

With this February 2016 remark of Shaw in mind, consider my January 26, 2009 “Eidelberg Report” on Israel National Radio, a report entitled “A Jewish Foreign Policy”. My report begins as follows:

One doesn’t have to be a political scientist to see that Israeli foreign policy has been a disaster. Regardless of which party has been in power, Israel’s foreign policy has eventuated in unilateral concessions and territorial retreat. Lacking is a Jewish foreign policy, which will require a new form of diplomacy (to saying nothing of an authentic Jewish Prime Minister). 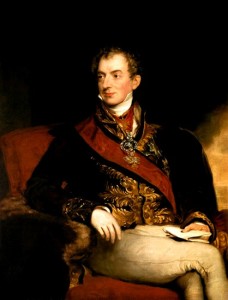 It’s obvious that Netanyahu doesn’t know how to negotiate with PA leader Mahmoud Abbas who he has appeased during the past two decades. If a handbook were written on how democrats negotiate with such dictators, it would be based on the simplistic assumption that dictators are not open to compromise.The handbook might say something like this:

The nature of dictatorships makes it inherently difficult for rulers of such regimes to compromise.  The autocrat himself is little used to political compromise and tends to view it, as  he does all domestic opposition, as a challenge to his authority, perhaps to his very life. His hostility to meaningful give-and-take diplomacy is reinforced by the inherent vulnerability of all regimes resting on coercion rather than consent.

The democratic statesman must take this into account, tempering his expectations and standing ready to take the first step, going the extra mile, and perhaps giving more than he gets.

Israel, especially under PM Netanyahu, has repeatedly given a great deal more than it has ever received. This calls to mind a boast of Anwar Sadat reported a New York Times interview dated October 19, 1980: “Poor Menachem [Begin], he has his problems … After all, I got back the Sinai and the Alma oil fields, and what has Menachem got?  A piece of paper.”

There is but one conclusion to draw from the preceding: Amateurs have led Israel for decades!

Suppose, therefore, that we were to design a manual for democratic negotiators based on very different but generally more realistic assumptions about dictators.  It might read like this:

The nature of autocratic political systems makes it inherently easy for rulers of such regimes to compromise.  Successful autocrats are above all things calculating, possessed of a shrewd grasp of facts operative in the negotiating arena. They have no difficulty envisioning the kind of settlement that would be equitable or that would at least temporarily terminate disputes with other powers; and ruling over a society resting on coercion rather than consent, they have no difficulty in imposing such a settlement should they deem it necessary.

Negotiating problems arise exactly because the autocrat understands the propensities of democratic statesmen and the political system they represent.  He knows that to the democratic mind compromise is often seen as a good in itself; that completed negotiations are frequently taken as successful negotiations serving to secure personal or domestic political advantage.  The autocrat also knows that democratic politicians are impatient for results, especially during election years, in consequence of which he need only bide his time, remain obdurate, or threaten to break off negotiations in order to elicit gratuitous concessions intended to hasten and conclude the negotiating process.

He is particularly well attuned to the fact that democratic governments are greatly influenced by public opinion, that opinion is usually divided on all issues, and that opinions in democracies can be manipulated to his own advantage. He is also aware of the democratic antipathy to violence and therefore sees the threat of conflict working in his favor.  If his democratic counterparts regard him as irrational or ideologically disinclined to compromise, or if they view his system of government as one that by its nature is unable to make significant concessions, he will know this too and take manifest advantage of it.

The democratic statesman must in no way encourage the dictator on any of these points or negotiations will degenerate into a tedious, counterproductive exercise in making unilateral concessions.  He must know from the very outset what he wants out of the negotiations.  He must let the dictator take the first step toward compromise and under no circumstances be willing to give more than he gets or give the slightest indication that this might be the case.  It must never be forgotten that the autocrat will view all efforts to be ‘reasonable’ – as this term is understood by democrats – as confirmation of his own understanding of democratic negotiating weakness, and he will press his claims unremittingly thereafter.

However, the question arises: Would Israel’s use of our proposed form of diplomacy be effective vis-à-vis Arab-Islamic dictatorships like the PA?  Perhaps yes, but it would not be distinctively Jewish. Hence I offer a rationale for a Jewish foreign policy appropriate to Israel headed by a wise and intrepid Prime Minister.

Therefore, Israel should establish a school of diplomacy to teach Jewish diplomats how to conduct themselves vis-à-vis other nations. Here are some suggestions: