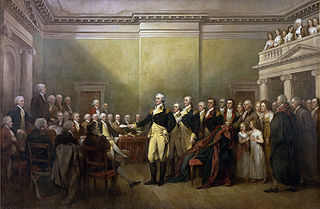 George Washington is rightly called the father of our country. It was General Washington that led the “Sons of Liberty” to victory over Great Britain in the American Revolution of 1776, thus winning America’s independence as a nation. It was George Washington who presided over the debates at Philadelphia’s Constitutional Convention. No less than England’s Prime Minister William Gladstone later referred to that Convention as the greatest assembly of statesmen in history. That was the Convention that produced America’s magnificent Constitution whose system of institutional checks and balances was designed to safeguard individual freedom on the one hand, and to prevent unlimited government on the other. President Washington understood this, and much more.

The legacy of George Washington 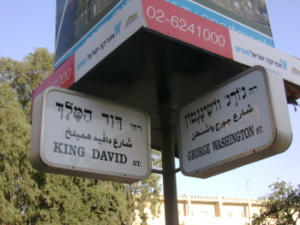 It was George Washington who organized the first government of our Federal Republic, a model of government imitated by nations throughout the world. In forming his Cabinet, Washington took the greatest pains to nominate statesmen of the highest caliber, suffice to mention Thomas Jefferson, our first Secretary of State, and Alexander Hamilton, our first Secretary of the Treasury.

It was Jefferson who penned America’s first foundational document, the Declaration of Independence. It is this immortal document that eloquently affirms man’s God-given rights to Life, Liberty, and the pursuit of Happiness. It is this meta-political document that embodies the principle that all men are created equal, a principle drawn from the Biblical conception of man’s creation in the image of God.

It was Hamilton who co-authored The Federalist Papers, America’s greatest work on Statesmanship. It was Hamilton who laid down the basic principles of America’s economic system, which made America the richest nation on earth. Hamilton, who served as Washington’s aide during the War of Independence. Hamilton had three horses shot from under him during the war and refused to accept any post-war benefits, saying he was only fulfilling his duty!

It is fitting that we honor President Washington and his colleagues. By so doing we not only preserve the memory of their words and deeds; we also acknowledge that we the living do not possess a monopoly of wisdom. By honoring the founders of our county we inspire youth with the idea of Greatness. We acknowledge the debt we owe our forefathers who gave their all to establish a nation based on freedom and justice. We thereby encourage our children to learn from the wisdom that made America the world’s spearhead of freedom and justice. This is why Abraham Lincoln called Americans “the almost chosen people”—which indicates that the Judeo-Christian heritage is the foundation of our great Republic.☼

Whither is man going?

sorry,before the revolutionary war,george had never led anything. i credit the great minds of his contemporaries who crafted the declaration and constitution as being far greater minds than george.http://bearingdrift.com/wp-content/uploads/constitution.jpg

George had guts & intellect when it came to defeating the Hessians! More than we’ve had in any president for decades.
I pray Trump us our countries John Galt!!

Dolly Rogers-Hicks trump is all mouth. besides he isn’t eligible. he is not natural born.

Dolly Rogers-Hicks the problem with little barry is he is really illegitimate. his real dad was frank marshall davis. http://www.dcclothesline.com/wp-content/uploads/2015/02/Obamas-Real-Father-Frank-Marshall-Davis-Communist.jpg

Natural born citizenship requires only that one be born in-country, and that both parents be citizens, born or naturalized, at the time of the person’s birth.

Steven J Cicotte thats not true at all,washington only took part in 3 battles. the reason he is so revered is because he turned down the crown so to speak.

Terry Hurlbut WRONG- natural born means that both parents are born in america citizens and that the person is also born here. trump loses like cruz does.

Emmerich de Vattel never said that. Such a system would create an aristocracy of the founding population and their pure bred descendants, and that was never his aim.

Terry Hurlbut thats not true at all.

Steven J Cicotte do some real research,please. washington mainly stayed in new york thru the war.

Chris Irish Kelly Bottom Line: Without George Washington, you would be speaking in an British Accent. Strike that, without The United States, you may be speaking either the German or Japanese Language. Maybe a little bit of Russian.

Steven J Cicotte thats not true at all,step out of your school book learning and do some real reading.Washington was considered a poor general by the standards of the day.

Every history book has been bastardised since the 50’s. READ outside the “school box”.

Terry is a very educated historian. It seems Steve us also. I’m a newbie getting a re-start back in the mid 2000’s.

Yes I have dear. The Road to Serfdom by H.A. Hayek was my first reading. Then an original book about all the president’s. Then Barry Golwater…The Conscience of a Conservative. Then The comming Innsurrection. Mark Levin “Men In Black”. Stalin/Holy Crusades/War & Peace/The Gulag Archipelago/Sustainable America-A New Consensus/On the Duty if Civil Disobedience/The Creature from Jekyll Island/Joseph Comrad ” The Heart of Darkness” and that was just the first 6 months of my self-education. Then Saul Alinsky’s “Rules fir Radicals”.

Chris Irish Kelly WOW, I’m done with someone that is so blind to our History. Now I KNOW beyond a shadow of a doubt that our Public School System has been destroyed and those under the influence of it’s indoctrination will indeed mean the destruction of America.