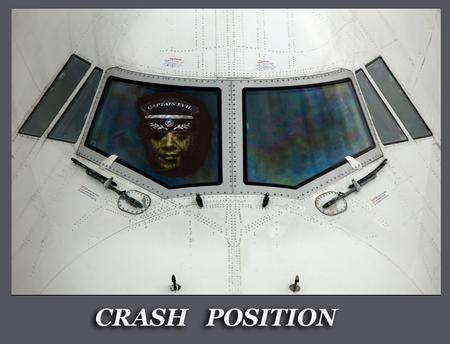 This is not a prediction. It is not a call to revolution, yet. But what it is, is a warning of what may lie directly in the path of a free and prosperous future.  As you read this be aware that the things which will be discussed here, if they do transpire and you have not heeded these warnings and therefore have failed to prepare, neither you nor those you care about, are likely to survive.

It will come as no surprise to most who read this report that Obama has apparently failed at every single aspect of his illegal Presidency.  The word apparently has been used here because that is the narrative which is being presented to the American public.  However, if one takes some time to review the history of tyrannical governments in general and those born specifically of communism, a frightening scenario of repetitivism will take form.

Communists and those who support and implement communism have an extremely high tolerance for death, destitution and murder of the masses.  Not just of those foreigners presumed to be enemies of the state, but for their own citizens as well.  This is said, not lightly.  It is fact, despicable fact.  It is also a fact that communists never walk away from a powerful political position simply because of some foolish event called an election.  These people have murdered hundreds of millions of their own citizens over this past century.  Sometimes the blood flows in order to maintain control over some tiny, insignificant country nestled somewhere deep in the third world.   Sometimes it flows like a torrential flood for the reward of a large country like the oldSoviet Union or the new China.  Large or small, no amount of human life is nonexpendable.

How to delude a people

The game plan for this is not complicated.  It is quite simple and always extremely effective.  Like the proverbial frog in boiling water, the people never feel the heat until the flesh is melted from the bone.

The first step is to get a toe in the door.  Then promise the world to the gullible masses.  Promises which will never become reality because that rose-colored reality carries not only an exorbitant cost, but with it, consequences.  In the end, only the consequences become reality.

The second step is to wedge that door open a bit wider so that the foot, leg and then the entire body has positioned itself firmly in control. Then begins the phases required to hold and strengthen that position.  And hold it they will, at any cost.  Regarding the smallest of nations, there has been almost unlimited execution of the procedures required for control and power.  For the prize of all prizes, the United States of America, the steps to be taken, will hold no bounds.

The third step is to maintain power by subversion and division by creating fear, envy and hatred among the populous.  Keep them at each other’s throats while the power elites grow an all encompassing central government.  There are many parts of the blueprint one needs to make a dissolving society.  One which will consume too many fabricated derisions to see the big picture or the real danger. Government education will ensure an ignorant and neutered contingency.

A record of successful failures 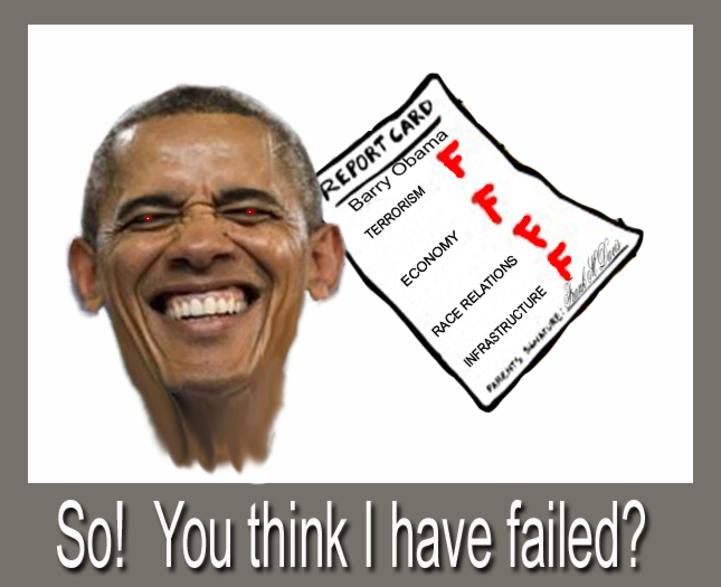 Understanding this, we should now review some of the failed successes of Obama and the one world communist consortium:

he has taken every opportunity to drive a wedge between the two main political parties,

he has encouraged hate and division between the police and the black community,

he has stoked envy between the economic classes,

he has allowed millions of illegal people free ingress into our country,

he has weakened our country by changing the requirement of new citizens to protect and defend it,

he has brought un-vetted Islamists into this country, many who very well may have come here to kill us,

he has used every incident of violence as a weapon against our Second Amendment, (Except for his liberal minions, those who are always the first to comply and the last to comprehend, he may actually have failed at this since Americans own more firearms now than any time in our history.

he has put more people on food stamps and welfare than any President in history,

he has created more debt than all the previous Presidents combined,

he has been the overseer of death and brutality at the hands of Islamic terrorists, liberal mass murderers and violent street gangs,

he has allowed our roads and infrastructure to decay,

he has refused to protect our power grid after serious threats have been realized,

he has made it almost impossible to break free from foreign energy sources,

he has stood watch over the decay of our industry and  manufacturing,

he has been the impetus behind staggering unemployment.

These are just a few of Obama’s many, successful failures.  Like a witch’s brew, these ingredients have been carefully infused into the cauldron’s preparation of mayhem.  The resulting potion has infected the entire country and will lead us to civil unrest, financial collapse, power grid failure, riots, race wars, food shortages, armed vigilantes and marauding thugs and then to the goal: martial law.  Anyone who thinks that this government has not been preparing for this, clearly has not been paying attention.

Communists will tell you, there can be no time consuming or resource wasting events such as elections permitted while the Commander in Chief is managing martial law. So my friends it seems that those many failures have been quite successful.

Finally, do not fool yourselves into believing that only the openly left leaning politicians are behind this.  Those who claim Obama’s incompetence are either themselves incompetent or are in collusion. The support for this runs deep and spans through the upper elites of both party’s establishment.  This very clearly explains why Donald Trump is feared and therefore hated.  That is why they will do whatever needs doing, to stop him.  When and if they do, there will never again arise a person capable of preventing the loss of America.

He is accomplishing his Agenda of destroying the greatest Nation ever conceived. Which, in his eyes, is a success.

Just what we need , another idiot “conservative”
With a headline ! Only some impotent old buzzard gets this wound up over Obama . Good Lord , this twerp is from New Jersey !!!