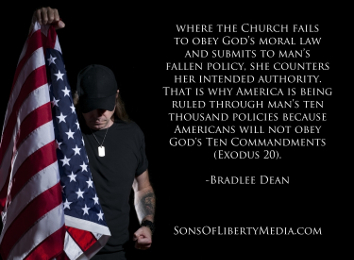 “We (People) are like chameleons, we take our hue and the color of our moral character, from those who are around us.” So said John Locke.

Over the last week, I have taken in insult after insult, as have I reaped absolute disdain, contempt and scorn from those who should know better for pointing out the obvious concerning the ignorant that are crying out, “We have no king but Trump” (Luke 23:28; Amos 5:10). They have been doing this while stumbling over the rock because they are offended for the truth’s sake (1 Peter 2:8). It’s not that the truth confronts Donald as much as it does themselves, and whom they serve. It’s sad to say, these hypocrites are easily in a majority that professes to be Christians (1 John 2:4).

Truth demands a response, and did I get their response! Just expose their golden calf (Exodus 32:4) for what it is, and for what they are, and soon enough, they have the rocks in hand ready to stone you to death. Yet, these are the ones declaring that they have the process in hand; all the while straining at the gnat as they swallow the camel (Psalm 119:86-87).

“I would gather that you’re helping Hillary at this point since you’re trying to destroy the only hope America has for turning the globalist agenda around.”

As if to say that Trump would be the one to do that.

“Bradlee, are you telling us not to get involved with the political process?”

I have always encouraged just the opposite.

“So Bradlee, does this mean you will sit out this the most important election in our time and pat yourself on your sanctimonious back for being such a good little neo-Pharisee?”

Pharisees concealed the truth, they did not reveal it.

“Bradlee, by deterring people from Trump, you are giving a sure vote to Hillary.”

The corrupt political machine has the American people right where they want them.

After that last one, I have got to say, “Look at what the grown-ups have done with this world” (Matthew 18:3).

I want to tell you why some are looking to Trump to be president. They would rather serve a demoralized and debased man than a Holy and Just God (Jeremiah 9:24). Furthermore, Americans are looking for an easy fix! Instead of the American people taking responsibility and being a part of the political process by lawfully tearing down (Judges 6) the corrupt establishment (Our fathers’ altars) that they complain about, they want Donald Trump to do for them what they are unwilling to do.

We have a representative government in place where those who have been entrusted to serve “We the People” as a Republic under the Laws of God and not men (Exodus 18:21). Our form of government is not one in which we the people serve the government as a monarchy through arbitrary government or the will of corrupt man. We do not have a king! God is the giver of Law and not man.

No King but Jesus

America, we have no king outside of King Jesus.

John Adams, the 2nd president of the United States, stated:

The Church is the moral compass of society.

How can the Church be the moral compass of society when it surrenders its authority to the state and subordinates its law to the statutory control of the civil government? Who listens to slaves?

In other words, where the Church fails to obey God’s moral law and submits to man’s fallen policy, she counters her intended authority. That is why man’s ten thousand policies rule America. Because Americans will not obey God’s Ten Commandments (Exodus 20).

Furthermore, the Church hierarchy in America is leading the pack in their delusional endorsements. We have James Dobson, Jerry Falwell Jr., John Hagee, Tony Perkins, etc., all endorsing a man who advocates that which God condemns, and they expect liberation (Matthew 15:14).

America, are these not the same Church leaders that Americans have followed rather than Christ (Job 36:13)? They have led ignorant Americans into the position which she is now in (1 Corinthians 11:1).

No wonder why the professed Christians in America think that it is the right choice when it comes to the endorsement of Donald Trump.

This is the same Church in America that has failed to keep the commandments and judgments of the Most High God (Leviticus 26:14). This is the same group that has said away with God’s moral law and yes to a false grace!

Woe to the rebellious children, saith the Lord, that take counsel, but not of me; and that cover with a covering, but not of my spirit, that they may add sin to sin: That walk to go down into Egypt, and have not asked at my mouth; to strengthen themselves in the strength of Pharaoh, and to trust in the shadow of Egypt! Therefore shall the strength of Pharaoh be your shame, and the trust in the shadow of Egypt your confusion….

That this is a rebellious people, lying children, children that will not hear the law of the Lord: Which say to the seers, See not; and to the prophets, Prophesy not unto us right things, speak unto us smooth things, prophesy deceits: Get you out of the way, turn aside out of the path, cause the Holy One of Israel to cease from before us. Wherefore thus saith the Holy One of Israel, Because ye despise this word, and trust in oppression and perverseness, and stay thereon: Therefore this iniquity shall be to you as a breach ready to fall, swelling out in a high wall, whose breaking cometh suddenly at an instant. – Isaiah 30:1-5, 9-13

John Locke rightly said, “We (People) are like chameleons, we take our hue and the color of our moral character, from those who are around us.”

Yet, if it were Christ who Americans were following, they would not tolerate what they do.

There are just some people who are literally hell-bent towards lawlessness, and you can do no more for them. At least I can say that I loved them enough to tell the truth regardless if they hate me (Proverbs 27:6; Ezekiel 33). Remember, it is the truth that makes men free (John 8:32).