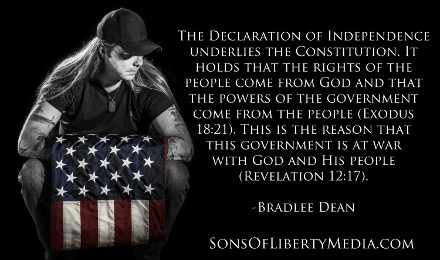 Hillary Clinton deliberately and blatantly lies about running guns to Syria. Barack Hussein Obama ran guns to Mexican drug lords through “Fast and Furious”. Both  have aided and abetted the enemies of America (which is nothing short of treason). You would expect the American people to know about the pill in the jam. Especially as regards this criminal administration’s lawless executive orders. (Psalm 12:8).

Furthermore, we now find that there are more government bureaucrats with guns than U.S. Marines, as well as government now targeting gunsmiths with enormous fees in latest gun prohibition measure.

Barack Hussein Obama, and his incompetent outlaws, have set their sights on law-abiding gun owners. They seek to “infringe” upon rights (Amendment 2 Bill of Rights) during his last year of his incumbency. He is doing this with permission from the American people in violation of the law.

From public opinion to executive orders

As a matter of fact, he wants to put forward more unconstitutional executive orders to accomplish this. How does that work? Sway the public opinion by playing the emotions to policy rather than principles to the law (Ephesians 4:14).

Understand that The Declaration of Independence underlies the Constitution. It holds that the rights of the people come from God. The powers of the government come from the people (Exodus 18:21). This is, in fact, why this government is at war with God and His people (Revelation 12:17).

What are executive orders?

United States Presidents issue executive orders to help officers and agencies of the executive branch manage the operations within the federal government itself. Executive orders have the full force of law (Enumerated laws found within the United States Constitution) when they take authority from a legislative power which grants its power directly to the Executive by the Constitution, or are made pursuant to Acts of Congress (The representatives of the American people) that explicitly delegate to the President some degree of discretionary power (delegated legislation).[1] Like both legislative statutes and regulations promulgated by government agencies, executive orders are subject to judicial review (Not by them that want to interpret what common sense laws state. Nor are judges there to judge the standard by which they are judged by), and may be struck down if deemed by the courts to be unsupported by statute or the Constitution.

There is NO constitutional provision nor statute that explicitly permits executive orders. The term executive power Article II, Section 1, Clause 1 of the Constitution, refers to the title of President as the executive. The Constitution instructs him to “take Care that the Laws be faithfully executed” (Article II, Section 3, Clause 5). He must do that or face impeachment. Most executive orders use these Constitutional reasonings as the authorization justifying their issuance as part of the President’s sworn duties,[2] the intent being to help direct officers of the U.S. Executive carry out their delegated duties as well as the normal operations of the federal government: the consequence of failing to comply possibly being the removal from office.

An executive order of the president must find support in the Constitution, either in a clause granting the president specific power or by a delegation of power by Congress to the president.

Therefore, if the executive order does not comport with the United States Constitution, then it is simply “null and void,” period.

There is no judicial interpretation, no compromise nor debate. Why? It is because neither this nor any other administration has the power nor the authority to act out of their scope of authority.

“All laws which are repugnant to the Constitution are null and void.”(Marbury vs.Madison, 1803.)

“…the laws of Congress are restricted to a certain sphere, and when they depart from this sphere, they are no longer supreme or binding. In the same manner, the states have certain independent power, in which their laws are supreme.” (Alexander Hamilton, Elliot, 2:362.)

“This Constitution, as to the powers therein granted, is constantly to be the supreme law of the land.… It is not the supreme law in the exercise of a power not granted.” (William Davie, Pennsylvania, p. 277

“It will not, I presume, have escaped observation that it expressly confines the supremacy to laws made pursuant to the Constitution” (Alexander Hamilton, concerning the supremacy clause, The Federalist Papers, #33.)

“There is no position which depends on clearer principles than that every act of a delegated authority, contrary to the commission under which it is exercised, is void. No legislative act, therefore, contrary to the Constitution, can be valid.” (Alexander Hamilton, The Federalist Papers, #78.)

How do they get away with it?

So, how is it that this administration gets away with what it gets away with? I can tell you. They do so due to the ignorance of the American people who have not taken the time to know the difference.

Remember, Thomas Jefferson said, “If a nation expects to be ignorant and free it expects what never was and never will be.”

The problem with the American people is they are taking doctrine from corrupt, self-serving politicians who do not know, nor care to know, what the Constitution says.

America, quit allowing them that have not learned, to teach.

Fuck obama and his bullshit. He’ll be out soon enough