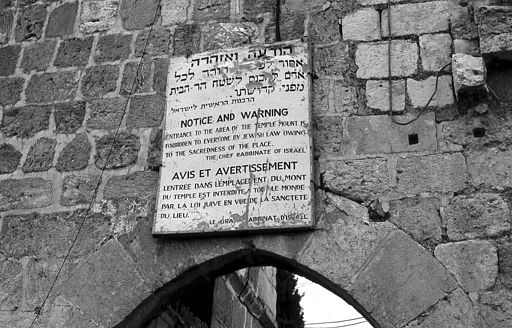 The Jewish mind – book smart but not politically smart

Professor Patai (1910-1996) is not a Jewish chauvinist. He knows there are stupid Jews as well as intelligent non-Jews. But he can’t ignore the extraordinary intellectual accomplishments of the Jewish people. However much Gentiles have vilified the Jews, no one, not even the worst anti-Semites, ever accused the Jewish people of being stupid. Indeed, it has been reported that the Jews, with less than 0.2% of the world’s population, have produced 22% of all Nobel laureates!

When it comes to politics, however, the intelligence of Jews is dubious if not dumbfounding. Charles Krauthammer referred to Israel’s “Oslo” 1993 Agreement with the PLO as “the greatest diplomatic blunder in history”. And what shall we say of how Jews voted in the American presidential election of 2008?

Some 78 percent of the Jewish voters cast their ballots for Barack Obama. They ignored his lack of executive experience and legislative accomplishments. They also ignored his Islamic upbringing, his association with Marxists, and his regular attendance in the church of “G-d damn America” Jeremiah Wright.

What’s conspicuous when Jews vote for Obama is not the Jewish mind but the mindless Jew. Israel has a goodly supply of such Jews. Just think of how many Jewish “intellectuals” supported, and still support, the mindless as well as murderous policy of “territory for peace.”

What shall we say of the mentality of Jewish prime ministers who, in quest of peace, hobnobbed with a villain like Yasser Arafat, gave him land, arms, money, and thereby made this godfather of international terrorism respectable? And lo and behold, one of these prime ministers remains committed to this form of mental degeneracy!

So the Jewish mind is not quite normal. In fact, my book “Demophrenia” includes case studies of Israeli politicians who exhibit some of the negative symptoms of schizophrenia. These include delusions, escapism, apathy, stereotypic behaviors, flattened emotional or affective reactions, impairment of volition, lack of (Jewish) self-esteem, etc.

Related to this abnormality is Israel’s irrational system of government. The present writer has examined the electoral systems of 89 countries classified by Freedom House as democracies. I can easily demonstrate that Israel’s electoral system is so irrational as to suggest it was produced by fools and scoundrels.

The members of the Hillel Society of Social Research came close to this conclusion a few years after the founding of the state. They saw that the parliamentary rule of Proportional Representation spawns parties like mushrooms. As much as thirty-three have competed in recent Israeli elections!

Also, there are no constituency elections in Israel – just a hodgepodge of rigid party lists, with no political accountability. To all this add a judicial oligarchy or courtocracy at war with the Jewish heritage. Then you begin to appreciate Jewish decrepitude.

Why the gap between book and street smarts?

The question arises: How is it that Jews excel in Nobel Prizes in the rigorous sciences but hardly surpass cretins in political science? Is this the result of accident or of divine providence?

Preliminary to answering this question, first note that Israel’s present form of government lacks the separation of powers and the system of checks and balances prescribed in the American constitution and imitated by most governments – about eighty as per a study I made several years ago. In fact, separation of powers and checks and balances existed in the Jewish republic of antiquity! What is more, at the time of the American Revolution, when the American colonies broke away from the government of Great Britain in 1776, Harvard University president Samuel Langdon recommended, as a model for a new government, the ancient Hebraic Republic shorn of its religious laws!

By the way, the ancient Hebraic Republic was the recommended model of government by Protestant as well as Catholic Hebraists such as Sigonio (Italy), Grotius and Cunaeus (Holland), and Bossuet (France). These scholars praised the Hebraic Republic and Hebraic jurisprudence as superior to all competitors!

No Hamilton or Madison

It thus appears that the architects of the modern state of Israel, though worthy of honor, were not very erudite. They certainly were not philosophic statesmen comparable to America’s founding fathers. Witness The Federalist Papers of James Madison and Alexander Hamilton.

To this day, the modern state of Israel is suffering from the inferior wisdom of its founders. And it will continue to stumble and suffer humiliation. That is, until a new generation arises that transcends the ignorance that produced this pseudo-Jewish secular state.☼

Elephant in the room