One might suppose that an ex-businessman/construction worker may not be able to provide articulate testimony as to the plight of the poor souls who have been shackled to the endless servitude of the Democratic Party. But, I’ll give it a try. There are those who struggle each and every day, not for that new golf club or a fancy new couch, but to simply stay alive through one more treacherous and lawless night. However, something akin to an unseen voyeur, I had the rarest of opportunities to witness, first hand, the devastation being wrought upon the black community. And I witnessed it in their schools.

Several decades ago and several years before I ventured into the precarious but satisfying world of owning my own construction business, I was working as a foreman for a midsized electrical contractor. For several years I ramrodded renovation projects for over 15 inner city schools in Newark, NJ. What I saw there, what my men and I witnessed in every single school we worked in, I have chosen to not share with any but my closest friends and family. I will share some of this with my readers now.

But first, Donald Trump gave a powerful speech this past week in NC. He covered the charter school issue. He was right on, in all his remarks. Charter and private schools are the key, the only key, which will unlock the doors that imprison millions upon millions of black American children, generation after generation, who grow up uneducated, undisciplined and unemployable. The evil in this is the intentionality and demagoguery inflicted upon an entire race of America citizens by the left.

What the Democratic Party really wants 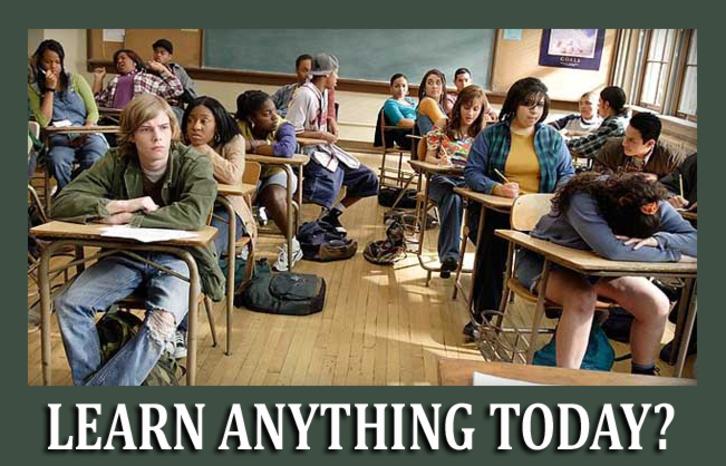 These people, chained purposefully by a political party, which after securing the voting bloc, are as forgotten as a squashed bug on a windshield. Hypocritical concerns regarding the misery they have created while successfully blaming others, fade from their psyche quicker than the final glimmer of life as it drains from the latest child bleeding out in an inner city gutter. The murder, the rape and the ongoing daily battle to survive will not be mentioned again until the next election cycle begins.

This political party understands exactly what it needs to do to keep the African American community ignorantly unaware, violently angry and voting for them. They have been doing this for 70 years and they have it perfected. What is that political party? They call themselves the Democratic Party but a more definitive handle would be the Demagogic Party. This decades old endeavor to use and then discard black Americans for political power, is as wickedly malevolent as any regime that has ever trespassed on human souls.

What I witnessed, not in just one or a few of these Newark schools, but in every last one of them we worked in, would never, for one semester, one week or one day, be permitted in a white middle class school. From the worst and most violent schools, such as Shabazz and Central High, which were the worst of the worst, to Arts High which was the best of the worst, terror, violence, sexual activity, disorder and mayhem reigned supreme.

No child, whether he or she be in a grammar school, a middle school or a high school, would ever turn in a homework assignment, dare to answer a question in class, even if a teacher might venture to ask one, for fear of retaliation from gangs. Gangs that preach hate for the white man’s education and language.

Our men were warned of several things before we began work in any of these schools. Here are a few: Do not make eye contact with the students. If you are in the hallway never wear your tool pouch or carry an open carryall as your tools will be taken. Do not interfere in fights which take place in the halls and restrooms. Do not do anything or even report fornication or other sexual activity taking place in the stairwells. Never leave any personal articles unsecured. And unless you actually smell smoke, ignore the fire alarms as they will go off several times each day.

Even though these warnings were well understood, a plumber, not one of my workers, tried to stop a violent attack on a smaller student by two huge thugs. The following day the windshield of his new pickup truck was demolished. On one occasion I was passing a room where the door was not fully closed. The most outrageous vulgar language was coming from highly decibeled female voices in that classroom. I stopped for a peek expecting to see a few female students about to engage in the biting and scratching tango. But to my surprise, the antagonists were female alright, but the confrontation was between two teachers. Much to the delight of the whooping students. I made no eye contact and continued on.

There was only one way to clear hallways and stairwells of students before, during and after classes so that the janitorial staff could clean up the blood, semen, urine and other un-pleasantries that accumulated each day. How did they clear the areas? Did they ask nicely, did they order sternly? Yes and yes, but to no avail. The only way to actually get them to clear out was by dumping several quarts of ammonia at their feet. That usually did the trick.

Millions for reno but no education

Hundreds of millions of tax payer dollars were allocated for these public school renovations. Libraries, scientific laboratories, gymnasiums and cafeterias were installed. State of the art audio-visual rooms and comfortable community room seating areas were part of the massive renovations and improvements. If any of our readers have had experience in the construction business you will be aware of the steps which are needed to get these projects inspected and approved so that payments can be received. These approvals required a state inspector who would check off the various equipment, verify the manufacturer and the proper installation. Unfortunately is was rare for an inspection to be completed ahead of the new work being destroyed.

Everyone with any common sense knows that education is the only ticket out of poverty. You better believe that the Democratic Party knows it too. That is why it needs to keep the black voter uneducated, unemployed and dependent on the government.

I understand that the picture I present here is bleak and uncomfortable. Keep in mind just how bleak it is for the many, many students and parents who are trapped in this hell. Imagine if you had to send your child off into that turmoil every day. Even those children who desire to learn and make something of themselves cannot for fear of reprisals, both physical and mental. It is easier and safer to join the gangs then to face them in the hallways and stairwells. Be aware that while the troublemakers in these schools are a very small minority, they are brutal and they are everywhere. Learning anything other than about drugs, sex and violence, because of this small group, is impossible. That impossibility is exactly what the Democratic Party needs and counts on.

And they say charter schools are unfair?

Several years ago, discussing this situation with a person of liberal tendencies and a truly big heart, I was told it was not right to have charter schools because so many students will be left behind. Of course, as usual with good willed left leaning people, their thinking never penetrates through the emotional cloud. Clearly what I was being told was, if you can’t save everyone, you should not save anyone. 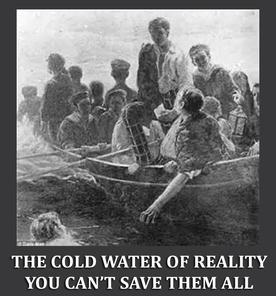 So I pointed out that this liberal’s children were experiencing a wonderful and safe education despite the many in the inner cities who were not. It seems that her children being saved, was just fine. There I go again, punching through that stupid emotional cloud. I also pointed out, as the sweetness was beginning to sour a bit, the old parable concerning the captain of a sinking ship where only a small number of people could safely board the lifeboat. He had to decide who would be saved and who would not be.A difficult decision, but one that needed to be made.

Under my liberal friend’s concept of fairness, either everyone on board climb in and sink the lifeboat, or no one gets in. As the air chilled a bit more, I was then told that I would be the first one in the lifeboat. Like I said, sour and chilly.

Don’t throw money at the problem

So the question is, will America provide a ladder for that inner city parent to place his or her child in the lifeboat of education? Remember billions upon billions of dollars are sent to these inner city schools each year. Learning is non-existent, children are pushed from one grade level to another and when they are finally run out of 8th grade at the age of 20, reading and writing are as lost to them as the first day they were born.

This must stop. Democrats must be held accountable. Recall if you will, the actions taken by Obama almost immediately upon taking office. Clearly as reward to Democrats and teachers unions, he closed down very successful charter schools operating in Washington DC. Disgraceful.

Charter schools, while they will not save every child, the more successful the schools become, the more schools there will be and the greater number of children will be saved. The parents who want an education for their children, with the help of the government, can send them to a charter school. They will be insulated from the gangs which terrorize politically correct public schools. They will learn. After learning, they will become productive members of society. They will respect authority and most of all, they will respect themselves.

Charter schools will remove trouble makers, clear the halls without the use of ammonia and make learning safe and enjoyable for those who desire a better future.Alas, many children are already lost, but many will be saved and over time that number will grow and the black community will finally be in a position to live in and partake of, the American Dream.

What will we do about it?

In closing, let me ask a question of a few who may be ruing the fact that tax payer money will be spent on charter schools. What better tool is there to help this country become Great Again, for all the people, than education? When trillions of dollars have been spent fighting wars we should not be fighting. Wars which have killed and wounded thousands of Americans. How could spending a small fraction of that amount on our children’s future, be a bad thing?

Indoctrination: back to school