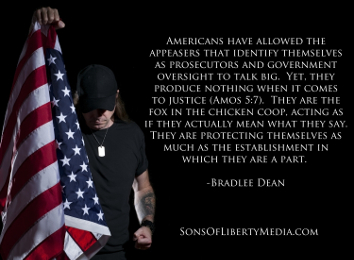 When you see that trading is done, not by consent, but by compulsion–when you see that in order to produce, you need to obtain permission from men who produce nothing–when you see that money is flowing to those who deal, not in goods, but in favors–when you see that men get richer by graft and by pull than by work, and your laws don’t protect you against them, but protect them against you–when you see corruption being rewarded and honesty becoming a self-sacrifice–you may know that your society is doomed.

It is headlines in the media, as well. Across America, more people want Hillary Clinton (do not forget about the Bush’s and the Obama’s) indicted and charged than those who wish her to be put in office. And why wouldn’t America want this? She is a criminal!

Hillary loses in the headlines

Headline news across America that prove these claims:

Which leads up to….

Now Hillary and the foreign agent in the people’s White House, Barack Hussein Obama, are being exposed for voter rigging. Obama has been visited 45 times out of his 340 visits to the White House by election rigging guru and former prison inmate Robert Creamer.

The new scapegoat for Obama and Clinton is Russia. They are now being blamed for the crime when it is Clinton and Obama who are literally exposed in their own corruptions.

America, do not be diverted from these diplomatic magicians from hell (John 8:44-45). The Clintons have been selling uranium ore to the Russians. This is now World Wrestling Entertainment on a global scale, as they continue to play off of each other. They are not archenemies. They are allied in crime together, period.

Furthermore, like that of the Bushes, China, Russia and America, as well as the Pope, they are all calling for the new world. They are allied with the covenant of Hell, which I remind you is annulled (Isaiah 28:15-18).

Americans have also allowed the appeasers that identify themselves as prosecutors and government oversight to talk big. Yet, they produce nothing when it comes to justice (Amos 5:7). They are the fox in the chicken coop, acting as if they actually mean what they say. They are protecting themselves as much as the establishment in which they are a part.

Then there are those who pose as some sort of patriotic representatives when, in fact, they are the same people that have given Barack a pass every step of the way. These are a few of those who are the establishment:

These people represent the establishment, which has supported the likes of Obama and the Clintons, who are also the establishment. Americans have failed to realize that it is not the Democrats versus the Republicans. This is the globalists against Americans.

The Answer to America’s corruption is justice and judgment, which guards our liberties. Without justice, America will fall to further abuses. Of this, there is no doubt.

Until the message is sent to those who are to represent “We the people” that we will tolerate no more further abuses and impeach (Article 2 section 4 of the United States Constitution) and indict each member of government that has abused their delegated powers, this will continue (Leviticus 26:15).

The preamble of the United States Constitution reads:

We the People of the United States, in Order to form a more perfect Union, establish Justice, insure domestic Tranquility, provide for the common defence, promote the general Welfare, and secure the Blessings of Liberty to ourselves and our Posterity, do ordain and establish this Constitution for the United States of America. (cf. Jeremiah 9:24)

The United States Constitution ends with,

Done in Convention by the Unanimous Consent of the States present the Seventeenth Day of September in the Year of our Lord one thousand seven hundred and Eighty seven and of the Independence of the United States of America the twelfth….

There is no in between. God or tyrants!

When they dump Hillary, then what?

Fraud has many faces

Good work on the article as a whole, and agreed regarding Clinton, but you really should have quoted someone OTHER than Thomas Jefferson regarding our Founding Fathers, because he’s actually the worst guy to quote. Remember, he’s the same guy who praised the Jacobins even after they were exposed as being the same kinds of crooks and government he denounced, and even actively aided them with the Adam and Eve letter and playing a massive role in their “Rights of the Man and the Citizen” writing (which was essentially the proto-Communist Manifesto), meaning he if anything would have been the type to actually advocate a New World Order had he still been alive. Heck, he would have advocated for Hillary for President had he been alive.

You do share a valuable, if controversial, insight about Jefferson. Perhaps Mr. Dean will see it and think about it.

Which founder would have been the best to quote? Madison, perhaps?

I wouldn’t quote Hamilton. If Jefferson seemed almost like a proto-communist, Hamilton was a proto-bankster. I also believe Hamilton was planning a coup at about the time of the XYZ business. If Fletcher Kniebel had written a history of the Presidency of John Adams, he might have had a chapter in it with the title Seven Months in Seventeen Ninety-eight.