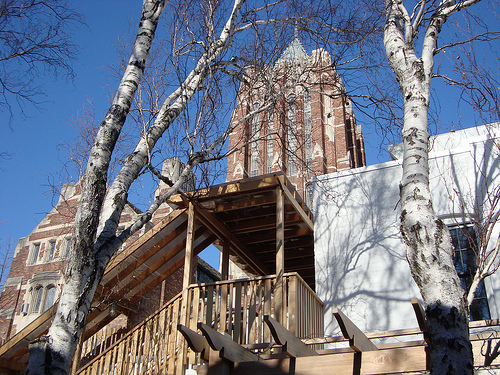 Although former Speaker of the House of Representatives, Professor Newt Gingrich, is not wrong in castigating Hillary Clinton as the “personification of corruption,” which corruption is purveyed 24/7 by the news media, he obscures a more fundamental cause.

After all, seeing that corruption is rampant in American government and agencies, and is therefore manifested by officialdom in general, one may wonder why no one raises the question of who are the educators of American politicians and bureaucrats.

Since we usually blame parents for the failure of youth to distinguish right from wrong, why don’t we blame our college and university educators for denying all moral distinctions, by indoctrinating their students with the academic doctrine of moral relativism? Here, some backdrop is needed.

Moral relativism, imported from Europe, has permeated higher education in the United States for several decades. Indeed, this corrosive doctrine, generated by British skepticism (David Hume) and German historicism (Hegel and Marx), took American colleges and universities by storm after the First World War. These European doctrines, along with evolutionary Darwinism (a form of historicism) trashed the Bible of Israel and propagated, in its place, the skepticism and atheism which have negated America’s primary foundational document, the Declaration of Independence.

Roots of our founding document

This magnificent document, which embodies the concept of “the Laws of Nature and of Nature’s God,” is rooted in the Book of Genesis, and it affirms our immutable and inalienable rights to Life, Liberty, and the pursuit of Happiness. These rights transcend the laws of parliaments and kings. They transcend history. Hence they stand opposed to the academic doctrine of moral and cultural or historical relativism that has corrupted all levels of education in the United States, and has spawned or magnified the moral confusion that permeates life in present-day America.

Even the erudite Professor Newt Gingrich, who would understand and support the argument of this article, has refrained from openly criticizing academia for its wholesale propagation of moral relativism. Representative Trey Goudy is perhaps the only Congressman that has eloquently opposed this mind-closing doctrine, which has sapped the spirit and spiritedness of countless Americans now threatened by Islamic imperialism.

The present writer has been exposing the pernicious nature of moral and cultural relativism since 1968. In that year I published an article in the Congressional Record, “Intellectual and Moral Anarchy in American Society,” and I named a Supreme Court Justice William O. Douglas as well as the Chairman of the Senate Foreign Relations Committee, William Fulbright, as purveyors of this intellectual and moral anarchy.

Moral relativism as the cause of corruption

Unfortunately, I have been fighting a lonely battle, having received no public support from the mentors of our college youth. Today these youth wallow in the morally neutral and nihilistic adage “I’m okay, you’re okay.” This adage actually purveys the US Supreme Court’s position toward same-sex marriage, a pagan attitude that heralds the dissolution of Western Civilization. Three or four Supreme Court justices will be appointed by the next President of the United States. Have you heard any conservative Senator denounce the Supreme Court for encouraging paganism via sodomy?

Paganism in America has been accompanied by a descent into stupidity, the stupidity of our “Information Era.” This era has experienced a cacophony of half-educated media personalities who pose as savants on almost any issue of national and worldwide significance.

Whether mankind will survive the increasing frequency of atrocity manifested in this age of arrogance and insanity is questionable, since a simple method of constructing weapons of mass destruction may soon appear on Internet, along with the legion of instant wisdom anchors on CNN FOX News, and other media which have stultified the minds of the American people concerning issues requiring sustained and systematic attention as well as interdisciplinary knowledge – impossible given the hurried attention span and over-simplification of popular news networks.

This is a phenomenon of one-adult-one-vote democracy in which butchers serve as brain surgeons!◙