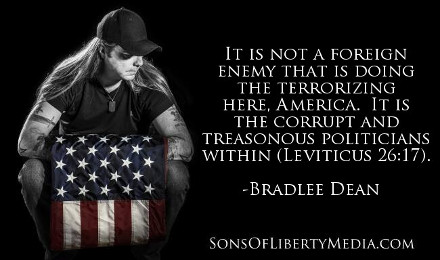 Terrorism – “Government by intimidation” Oxford English dictionary. Words like terrorizing come from this.

Is a U.S. mayor terrorizing her own city?

Treason against the United States, shall consist only in levying war against them, or in adhering to their enemies, giving them aid and comfort. No person shall be convicted of treason unless on the testimony of two witnesses to the same overt act, or on confession in open court. (U. S. Constitution, Article III, Section 3)

As you may have heard, on July 15th, Justine Damond was shot and killed in her pajamas after calling 911 of a suspected crime in progress. Justine was speaking to a Somali Muslim police officer named Mohamed Noor, whom Mayor Betsy Hodges approved and praised and was somehow fast tracked to become a Minneapolis police officer with a badge and a gun.

To date, Noor refuses to be interrogated by city investigators about the killing.

After the blast in England, Minneapolis Mayor Betsy Hodges gave a speech from a mosque (1 Timothy 4:1) and showed her unwavering support for the Muslim communities.

Hodges said, “We stand with our Muslim community.”

Not one word was shown in support of the victims, not one word.

You can also see that the apple does not fall too far from the tree (Matthew 7:16) when you see governor Mark Dayton, voted worst senator in US history, acting out in a similar fashion. He told Minnesotans who protested illegal immigration, “If you don’t like our Somali refugees, get out of Minnesota.”

To add insult to injury in an attempt to justify the killing of Justine Damond, all the while knowing that there is nothing that could justify the murderous acts of Somalian Mohamed Noor, Mayor Betsy Hodges encouraged the Muslim communities to file hate crimes against Americans who were outraged over the killing.

How did this all go over with the good people of Minneapolis?

The community reacts in outrage

As expected, and right on cue, treasonous Mayor Betsy Hodges, with script in hand and the corrupt media standing by to publish everything that she illegally advocates by attempting to set the narrative, got called out by the community for who she really is and what it is that she is doing (Luke 22:48).

Of course, after the people jammed her message in protest and shouted her down, demanding that she stop terrorizing the people in Minneapolis, they then called for her resignation!

One liberal constituency conflicts with another…

Earlier in the week, Hodges forced the resignation from the first lesbian police chief of police Janee Harteau, who just happened to call out Mohamed Noor as to the responsible person for the killing by saying, “Justine did not have to die,” and criticized Noor’s decision to shoot as the “actions of one individual, “and that the death of Justine should have not happened.”

P.S. This is also the same Betsy Hodges that married a homosexual couple back in May of 2014 in defiance of South Dakota law (Psalm 94:20).

Let’s take a look at the fruit of the Muslims (Matthew 7:16) in which corrupt politicians on a global scale are helping to plunder.

Muslim migration has doubled in the decade since 9/11 and 60 percent of migrants to America favor sharia law (Deuteronomy 28:15-68).

What people have to realize is that Islam is not a religion. It is a theocracy and its citizens (Islamics or Muslim) are obligated to invade and force its government and laws (Shar’iah) law on all countries and societies where it does not rule. And its citizens are allowed to do anything they want where they are invading. No Islamic can ever be a loyal (have fealty) citizen to a non-Islamic country or society. Look at the 1400 years of Islam history and what these foreign citizens do.