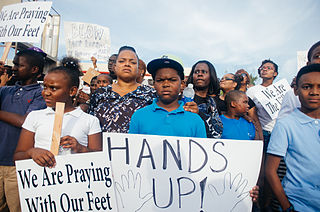 Obama, the humanitarian huckster-in-chief, weakened the United States for eight years presenting his crippling diversity policies as altruistic when in fact they were designed for destruction. His legacy, the Leftist Democratic Party with its “resistance” movement, is the party of the Humanitarian Hoax attempting to destroy American democracy and replace it with socialism.

Why is diversity a humanitarian hoax?

Diversity is an anthem for the Leftist Democratic Party. They rail against Republicans as exclusionary racists, sexists, misogynists, homophobic anti-immigration elitists insensitive to diversity. The Left’s deceptive inclusionary message was codified in Hillary Clinton’s campaign slogan “Stronger Together.” So let’s examine the subjective reality of the leftist fiction being propagated by these humanitarian hucksters.

Workforce diversity was historically an issue of form not content because our Constitutional guarantee of freedom of speech implies freedom of thought. Diversity of opinion was a moot point. No one asked What do you think? And then came the radical socialist huckster-in-chief Barack Obama.

The media are not diverse

Presenting himself as the agent of change and protector of all Americans Obama deceptively focused diversity on race, gender, and ethnicity and deliberately ignored thought. Obama publicly spoke of inclusive diversity and privately pressed his left-wing liberal agenda into every sphere of American life. The echo chamber that he and Ben Rhodes created in the White House extended to every mainstream media outlet and entertainment medium. The medium became the message. There is virtually no distinction between Obama’s radical liberal views and what is presented as educational curriculum and entertainment in the United States. Americans are being deceptively propagandized toward collectivism and socialism in the name of diversity.

The next time some academics tell you how important diversity is, ask how many Republicans there are in their sociology department.

Fomenting racism is a despicable pursuit that should never be tolerated under the guise of academic freedom. Imagine if Georgetown Law hired an adjunct law professor who tweeted that all black people are racists. The outrage from the Left would be deafening. Preston Mitchum is a disgrace and should be fired and never allowed to return to campus. Reverse racism is still racism and the pretense of diversity is not the reality of diversity.

Diversity requires the open and candid exchange of ideas debated on merit. Diversity requires freedom of speech. The Humanitarian Hoax of diversity is designed to dupe the public into accepting diversity as a matter of form and not content. It is a deliberate effort to impose conformity to Leftist group think and weaken America toward collectivism and socialism. The purpose of the Humanitarian Hoax of Diversity is to kill America with “kindness.”

Socialism as the goal

One-world government is the goal and the underlying motive of the campaign to destroy America from within. American democracy is the single greatest existential threat to one-world government and President Donald Trump is America’s leader. The globalist elite are desperate to stop Trump because if Obama is exposed as a con man it leaves them without their primetime huckster to continue marching America toward anarchy and social chaos with his “resistance” movement. The globalist elites who fund the leftist humanitarian hucksters are using them as useful idiots to facilitate the great Humanitarian Hoax of Diversity to create the overwhelming social chaos necessary to internationalize the police force and impose their own special brand of a new world order.

Obama and his left-wing liberal lemmings are too arrogant to understand that they are being used as puppets by the globalist elite who have an end game of their own. If the globalist elite are successful in their efforts to weaken America and collapse freedom of speech through their deceitful form and no content diversity campaign, overthrow the US government of President Donald Trump, and transform America into socialism the next step is globalist conquest and the imposition of one-world government.

After 241 years of American freedom the world will be returned to the dystopian existence of masters and slaves because a willfully blind American public was seduced by the Humanitarian Hoax of Diversity advanced by leftist humanitarian hucksters promising protection and safety for their victimized selves. The Humanitarian Hoax will have succeeded in killing America with “kindness.”

Merit of the meritocracy