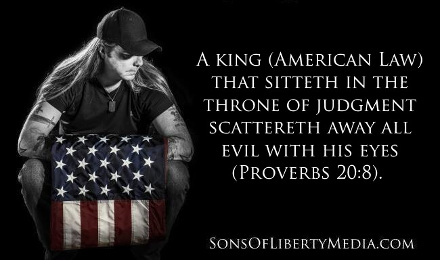 The best way Donald Trump can restore public faith in government institutions is to send “Hillary to prison.” For if the first lady’s crimes are seen to go unpunished, everyday Americans will forever know, deep down, that there is a lawless standard for those with money and power (that the people have delegated) and another for the rest of us.

First Donald Trump told us he would appoint a “special prosecutor” to look into crooked Hillary Clinton for her crimes against Americans.

Then, Donald Trump declared that she should be jailed for her crimes against Americans.

And then he reneges

Within one minute of his presidential victory speech he said Americans owe Hillary a major debt of gratitude for her service to our country.

Donald Trump then flipped on prosecution of Hillary Clinton after his Whitehouse win.

Then, Americans were told by Donald Trump that he does not “want to hurt the Clintons.”

Now, Donald Trump is telling you that he is frustrated he can’t order the DOJ to investigate Hillary.

Yet, for all of this double talk, and flip flopping going back and forth, the modern day conservative (yesterday’s lawless liberals) wants to stand behind him in agreement that he just has no business in doing anything in prosecuting the Clintons or anyone else for that matter.

Let me get this straight, criminals in government can break the law, but the President cannot enforce the law?

The president can send forth America’s finest (military) into a third world country without congressional (you and me) approval in some unconstitutional war like many of his predecessors have done and yet, he cannot bring justice to criminals within the ranks of our own government?

Presidents can pardon treasonous criminals before leaving office and yet, the sitting President cannot enforce the law against political criminals at the highest levels?

Take a look at Bill and Hillary’s pardon list…

Whitewater and other white-collar crimes

Where a President’s duty lies

Tim Brown, senior editor at The Sons of Liberty Media.com went on to say:

Furthermore, Mr. President, the Constitution does not even mention the Justice Department. It mentions your office as the only thing under the Executive Branch. Therefore, the buck stops with you. If you demand that AG Sessions appoint a special investigator in the matter, then he should follow those instructions. If he does not, he should be removed, plain and simple.

Our Constitution is clear on the duties of the president and it isn’t really any of those things he mentioned in the interview with 60 minutes. Those things might questionably fall under the authority of Congress in legislation, but the execution of the law falls squarely in the lap of the president.

Presidential duties, per the Constitution

As we have previously noted, here are the duties of the president under the US Constitution.

Art. I, Sec. 7, cls. 2 & 3, grants to the President the power to approve or veto Bills and Resolutions passed by Congress.

Art. I, Sec. 9, next to last clause, grants to the executive Branch – the Treasury Department – the power to write checks pursuant to Appropriations made by law – i.e., by Congress.

Art. II, Sec. 1, last clause, sets forth the President’s Oath of Office – to “preserve, protect and defend the Constitution of the United States”.

Article II, Sec. 2, cl. 2 grants to the President the power:

Article II, Sec. 2, cl. 3 grants to the President the power to make recess appointments, which expire at the end of Congress’ next session.

Notice that next to the last point in bold type. It’s part of his oath of office, which is in the Constitution and he must recite as follows:

It has been stated that unless Hillary Clinton (and government corruption) is dealt with, America is over. Republics are destroyed for allowing corruption to continue on without consequence.

Knowing that Justice Guards our liberties (Isaiah 51:4), this is true!

It has also been rightly stated that the best way to restore public faith in government institutions is to send “Hillary to prison.” Unless the first lady’s crimes are seen to go unpunished, everyday Americans will forever know, deep down, that there is a lawless standard for those with money and power (that the people have delegated) and another for the rest of us.

A king (American Law) that sitteth in the throne of judgment scattereth away all evil with his eyes (Proverbs 20:8).

Federal Reserve gets a new boss