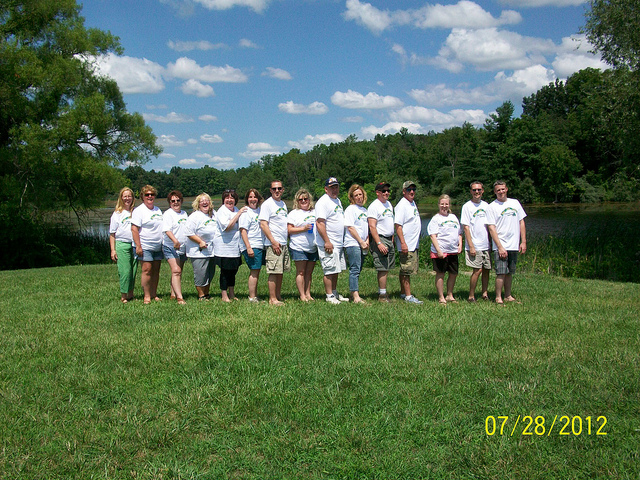 Many articles have been written about the growing trend of adult children choosing estrangement in American families. The recent Thanksgiving holiday has highlighted this alarming movement toward the dissolution of family bonds of love and loyalty. What is the source of this dreadful shift? What happened to honor thy father and mother?

Sheri McGregor, M.A. has written an important book titled Done With The Crying that explores the disturbing increase in families with adult children who disown their parents. There are, of course, appropriate conditions for estrangement but the current trend appears baffling to the 9,000 confused and grieving parents surveyed who cannot fathom why the children they have loved for a lifetime are choosing to reject them. Done With The Crying attempts to help devastated parents accept their loss and move on with their lives. McGregor is asking “What now?” I am asking “Why now?”

Generation gaps between parents and their adult children have traditionally been resolved with courtesy, respect, and a sense of humor. Adult children honored their parents even when they disagreed with them and chose a different path for their own lives. A fundamental level of gratitude for the parent’s efforts and dedication allowed the differences to be minimized and the family bonds maximized. What has changed??

The bewildered parents McGregor describes cannot accept the estrangement because they simply do not understand it. She describes the staggering lack of respect, restraint, gratitude, and overarching sense of entitlement in adult children’s demand for parental conformity including restricting their parents’ freedom of speech. In the upside-down world of self-seeking millennials the parent/child role has been reversed. Parents are expected to conform to their adult child’s new norms. If the parent refuses the adult child withdraws himself to a “safe space” seeking protection from the “toxic” ideas of his parents. Toxicity, like hate speech, has been redefined as anything the adult child opposes.

Respondents in McGregor’s book expose the injurious participation of the mental health community which continues to counsel disrespected parents to persevere and strive for reconciliation no matter how cruel and abusive their adult children’s behavior becomes. It is shocking that any mental health professional would advocate unconditional love in adult relationships. Separating an individual from his/her behavior is pathological in adulthood. Any adult with self-respect recognizes the destructiveness of accepting the unacceptable. So why has the mental health community abdicated its responsibility toward growth and maturity and instead embraced the regressive trend toward dependency that demands unconditional love?

The humanities students of the 60s became the social science “experts” who enthusiastically embraced left-wing politics and political correctness. They launched a seismic paradigm shift that steered American society away from adult responsibility toward valuing feelings and happiness above all else. Instead of striving for achievement and merit-based awards parents were told that their children’s self-esteem would suffer in competition. Effort became the criteria for awards, children were told they were all butterflies, and everyone received trophies for “trying.” Here is the problem. Political correctness that values feelings over facts is extremely destructive because the effort to avoid hurt feelings sacrifices objective reality. Effort and achievement are not equivalent. Theoretically education at home and at school prepares children for adulthood because in the adult world of facts it is necessary to achieve – effort is not enough.

Consider the consequences in everyday life when trying is considered equivalent to achieving. Workers try to complete tasks but don’t. Students try to understand concepts but don’t. Mothers try to get meals on the table but don’t. In the real world trying is not the same as accomplishing. The outcome of the politically correct paradigm shift has been catastrophic. It has produced infantilized chronological adults lacking adult work skills, coping skills, with zero frustration tolerance, who are too fragile to listen to anyone who disagrees with them. The outcome of their incompetence is anger and self-loathing. Even the exceptional millennials who have managed to compartmentalize their brain power, achieving quite remarkable things in academia, business, medicine, et al, remain fixated and angry in their infantilism and dependency modes.

Only in the subjective reality of their politically correct social groups can these underachieving millennials feel good about themselves. It explains why the Left hypocritically tolerates anyone who looks different but cannot tolerate anyone who thinks differently including their parents. The Left, like any orthodoxy, is extremely intolerant and relies on absolute conformity to its tenets of political correctness, moral relativity, and historical revisionism in order to survive and to recruit new members to its ideological identity politics. Those who disagree are maligned, shunned, and rejected – including parents.

Competence is the mother of self-esteem. Accomplishment creates genuine self-esteem and the marvelous sense of satisfaction that proficiency provides. Telling children that they are all butterflies (subjective reality) is dishonest because all children are not the same and they know it. Encouraging a child to accomplish a task is far more supportive of self-esteem than empty compliments because encouragement supports growth, maturity, and the acquisition of skills. The crippling policies that support the paradigm shift toward feelings has yielded a crop of immature, fragile, angry snowflakes. Anger is an extremely powerful emotion that can be exploited for destruction – and that is the underlying goal of the Left.

When children never grow up

The cultural revolution fomented by the radical Left demands regression, incites rebellion, and fuels the infantile anger that drives the war on America. Thought precedes behavior. Virtual children who have been indoctrinated toward entitlements, unconditional love, and eternal childhood rage when their dependency needs are unmet. Their anger is then exploited as they are groomed to become the useful idiot soldiers necessary to topple the existing government with promises of cradle-to-grave care from a romanticized socialist government. The estranged child’s loyalty shifts away from of his nuclear family to his new family of choice – he converts – and embraces the new religion of liberalism where his rejection of traditional authority is applauded in an atmosphere of adolescent rebellion.

These disinformed snowflakes are too childish and too angry to examine the reality of life in actual socialist countries. They do not interview citizens of Venezuela or Cuba – instead they just parrot the socialist propaganda. When parents expose the glaring inconsistencies between reality and Leftist ideology these fragile snowflakes choose estrangement rather than risk a personal meltdown. Millennial adult children are far more loyal to the liberal ideology that reinforces them than to their parents who challenge them.

Estrangement as a tool

The bewilderment and shock of estrangement for parents is rivaled only by the stunning realization that the Left purposefully foments family estrangement to shatter the bonds of family loyalty and parental authority. Grieving parents cannot accept estrangement until they realize that their adult children are choosing ideology over genealogy. The courtesy, respect, and gratitude that characterized past generations are absent in the millennial generation.

Instead of “honoring thy father and thy mother” the millennial sense of butterfly entitlement has frozen them in an infantile world (subjective reality) where only “self” and self-gratification exist. There is no reconciliation with angry adult children who continue to reject their parents’ objective reality. There is no respectful agreeing to disagree with adult children who demand parents surrender to their “version” of the truth.

Israel, its enemies and their tactics