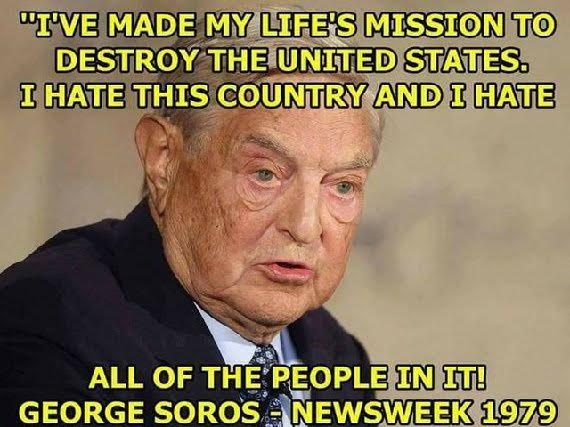 Hello this is Darrell Castle with today’s Castle Report.  Today’s report will deal with why it is so difficult to compete at a high level in politics, or even in the marketplace of ideas in our world today.

How to compete against vast sums of money?

A few days ago I got an email from a gentleman, followed by a requested phone call to him in which I was asked to answer a question.  The question was: since it is so hard to compete with Democrats and Republicans, why can’t we in the 3rd party movement come together as one to compete with them?  I explained to the gentleman my many attempts over the years to explore that possibility but have come to understand that 3rd parties have fundamental differences from each other, just as they do with the other two parties, as well principles that we are unwilling to abandon.

The enemies of our civilization, of our nation, of our families, and of all humanity have no such head scratching moments to ponder.  In October of this year one of those enemies, Mr. George Soros, donated 18 billion of his 26 billion dollar fortune to his Open Society Foundation.  I’ve talked a lot about Mr. Soros but let me take just a moment to refresh your memory.

He was born in Hungary to Jewish parents.  His father was a successful Jewish lawyer so when the Nazis were coming to power in Germany, he could see what was eventually going to happen in his own country.  He managed to get his son George an internship with a government official friendly with the Nazis.  When the Nazis marched into Hungary, George traveled with his mentor in that man’s official capacity. This was to hunt down Jews and confiscate their property.

George was 14 years old at the time, but he had the opportunity to watch his friends and neighbors stripped of their property and sent to the labor camps and gas chambers of Nazi Germany.  That was not the only thing he learned from the Nazis because he had a chance to learn the propaganda techniques of Dr. Joseph Goebbels, the Nazis minister of propaganda.  He does not feel guilty about any of it, and in fact, he now says enjoyed it, and that it was fun.  His rationale was that if not me then someone else would be doing it. So why not me since it will happen anyway?

This is not speculation or exaggeration on my part, and I’m not just making up a fairy tale.  You can watch a video interview with him on YouTube where he describes what I’ve just said in his own words on camera.  He doesn’t seem to have any remorse or guilt feelings about his past or about what he is doing now. That always made me wonder.  He says in the interview that he is not religious and does not believe in God.  Man created God he says, not the other way around.

So there’s your answer to why he does what he does.  Mentored by Nazis, while they killed his friends and neighbors, he believes in nothing outside of himself. So why shouldn’t he be completely self absorbed and selfish?  He lives by no moral code and if he tried to, where would it come from? Who or what would tell him the difference between right and wrong?  When there is no morality, all you have is a set of rules, which Mr. Soros is very clever at avoiding.  His great wealth insulates him completely from any consequences.  He fears no one and nothing as he goes about the world doing what he enjoys.

Where Soros gets his money

Mr. Soros made most of his money in hedge funds, and then he used that to invest and buy other funds.  His Quantum Fund reportedly has 14 billion dollars under management, so he is doing alright even after his donation to his foundation.  The Open Society Foundation has assets of 20 billion dollars at the current time.  He runs it through a Board of Directors, to which he has given authority to go about the world doing what his personal “philosophy” dictates that they do.

Mr. Soros has been rather ruthless in his efforts to make money over the years and as before, totally without any feelings of guilt.  In 1992, he gambled his entire fund on a short call that brought down the Bank of England and made him 1 billion dollars.  In 1997, through currency trading, i.e., buying and selling the currencies of nations, he spread economic depression across Southeast Asia.  So, he manipulates nations through their currencies, and through ownership of their politicians.  If he doesn’t own the politicians directly, one of his organizations does.

What he does with his money

He has given in recent months, between 33 and 55 million dollars to Black Lives Matter, and equal amounts to Antifa and other fascist terroristic groups.  He started Move On.Org and recruited the former head of SDS, that’s the old 60’s radical group Students for a Democratic Society.  To say that these groups are left wing or radical is to normalize them and what they do.  Mr. Soros funds them because they threaten and are destructive of the social order that holds civilization together.  They are revolutionary, and that is his mission.  It’s the same reason he spends hundreds of millions through Open Society to import young, African men into Europe.  He wants to overthrow the existing social order so he can build a new one.

He’s building a new order of the ages that will be unlike anything seen on this earth before. And he is using his bought and paid for politicians to do it.  He must know that, at age 87, he is unlikely to see its completion.  Perhaps that is why he is transferring his money; not just as a tax dodge but as a way to continue his work after he is dead.  He going to spend eternity with his father but that will not end his life’s work. Nothing ever will unless his Foundation is declared an international criminal organization, and its assets confiscated.

That is what we fight and that is what we compete against.  Our organizations scramble for nickels and dimes while his receive 10’s of millions in gifts by this fund, or one of his other organizations.  His billions also buy the minds of the young, through control of the media and the education system.  Due primarily to the relentless propaganda to which they are exposed throughout their lives, millennials are often held hostage in a prison of the mind.

The Open Society Foundation is now the second largest charitable foundation in the world second only to the Bill and Melinda Gates Foundation. Combined, these two foundations have assets of at least 50 billion dollars.  That is a mind-boggling amount of money, all dedicated to destroying what we hold dear and to resisting even the slightest bit of success we might achieve.  We strive to make small gains but they think long term and globally.

I’m not saying it’s impossible to ever achieve any success. But I am saying that, to our enemies, money is no object, and to us it is the insurmountable object.

Finally, folks, as my old pastor used to say “the holy Trinity never meets in emergency session”.  God is still on his throne and he controls the universe.  Give thanks, and pray that the God of the universe will show his mercy and avert the calamities that confront us.