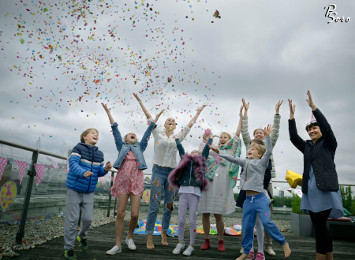 Hello, this is Darrell Castle with today’s Castle Report.  On today’s report I will be talking about some reasons to be happy as we approach Christmas and the end of 2017.  The Castle Report is dedicated to bringing you my perspective on the news or the things happening in our world and admittedly those things are usually bad, but today we look at happiness as an object in and of itself, and some very good reasons to be happy as we begin 2018.

We might assume that people who reside in the United States, the world’s economic powerhouse, would be the happiest people on earth, but sadly that is not the case. The World Happiness Report, yes there is such a thing, reports that on a scale of 1 to 10, with 10 being very happy and 1 being very unhappy, Americans are just not very happy.  In 1950, Americans rated 7.5, but today the rating is 5.5.  With all the advances in technology, medical science, economics, and civil rights, we are far less happy now than we were in 1950.

The US GDP per capita rose by a factor of 3 during that 67 year period but real wages relative to inflation have been stagnant or falling since we left the gold standard in August 1971; ahh but I digress.  I’m starting to do what comes naturally to me, and that Is to explain why people are so unhappy and then tell you why they should be unhappy, but not today.  No, today I’m going to give you only good news and tell you why we should be exceedingly happy, especially if you are of my daughter’s generation.

Why should we be happy and why do we want to be happy?  Happiness is the state that everyone wants above all things.  How many times have you used or heard someone use the expression,”I just want my children to be happy”.  It seems to be a state of mind that we can achieve for only very brief moments in our lives, and yet we would literally give anything we possess to have it.  In fact, most of the things we possess we acquired in an effort to be happy.  Are you really happier in your current house, your current car than in your last?  I doubt it, but that promise of happiness in the things we acquire drives the modern consumer economy.

Perhaps we can agree that money does not bring happiness, or said another way; happiness is not something you buy.  I will argue, though, that lack of money can bring a lot of misery into your life.  Aristotle wrote that happiness is the final destination, or final cause, as he called it.  Without the desire to be happy, we would digress and never find our final destination.  He said that happiness is the most valuable asset that a person can acquire and it is something worth spending one’s life in the pursuit of.

Let’s take a few moments then, and look at some reasons to be very happy here in America, at the end of 2017 and the start of 2018.  These first few reasons are numbered and come from 99 Reasons 2017 was a Great Year, courtesy of John Mauldin’s newsletter “Thoughts from the Frontline.”

It seems that life-extension technology will eradicate most of humanity’s greatest killers within 10 years.  Life beyond 100 years seems a real possibility, especially for the generation or two younger than mine.  Now if they can just keep from destroying the world with nuclear war, or dying in traffic accidents or from some addiction, but we move on.

More reasons to be happy

Let me add some of my own items to this list of reasons to be happy.

Next Monday is Christmas, so celebrate the birth of the Prince of Peace, obviously the best reason to be happy.  So celebrate and make merry and Merry Christmas.  This will be my last report of this year since I am taking next week off with my family.  I’m just trying to be happy folks;just working hard at being happy.

Until next year folks,

Scandal and Allegation: Is It News or Just Gossip?

Chutzpah! Israel belongs to the Jews!