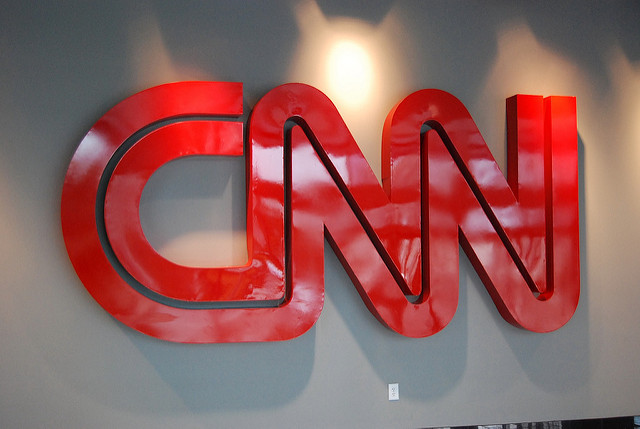 CNN especially, among all the mainstream media, has become the Tokyo Rose of the 21st century in America today.

The story of Tokyo Rose

Tokyo Rose was the infamous American-born Japanese woman Iva Ikuko Toguri D’Aquino whose voice was heard by Allied troops in the South Pacific during WWII. Iva Ikuko Toguri was born in Los Angeles on July 4, 1916. She visited Japan after college and was stranded there after the attack on Pearl Harbor. Toguri renounced her U.S. citizenship and worked in radio. Radio disinformation was the fake news media propaganda tool of its time. Tokyo Rose broadcast from Radio Tokyo on the Zero Hour radio show to demoralize Allied soldiers by telling them that their girlfriends back home were seeing other men. She returned to the U.S. after the war and was convicted of treason. She was released from prison after six years and pardoned 20 years later by Gerald Ford. Tokyo Rose died in Chicago in 2006.

The Democrat Party subversively refuses to accept the defeat of Hillary Clinton and the election of President Donald Trump. They continue to deny the legitimacy of Constitutionally elected President Donald Trump with seditious attacks against him. In flagrant violation of our American Constitution ex-president Barack Obama is leading the lawless anti-American Resistance movement attempting to overthrow the sitting government of President Trump. It is truly shocking.

America is a country of freedom because it abides by its laws. Political opponents are bound by election outcomes to insure the peaceful transition of power – it is what separates America from the bloodshed of third world coups. So, what is the purpose of Obama’s seditious Resistance movement? What is being resisted?

The answer is President Donald J. Trump’s America-first patriotism and its discomfiting exposure of crimes the Democrats committed in service of their radical anti-American collectivist political agenda. The Democrats and colluding establishment Republicans are desperately trying to protect the lawless legacy of Collectivist-in-chief Barack Hussein Obama. Americans would never willingly accept a military coup so Obama’s Resistance movement had to be a public opinion operation. This is how it works.

CNN at the heart of falsification of news

Deliberately false information is being reported incessantly by CNN, MSNBC, The New York Times, and The Washington Post in a subversive attempt to demoralize Americans and overthrow the government of duly elected President Donald Trump. Americans are accustomed to the political antics of opposing campaigns during election years but nothing in United States election history rivals the deliberate falsification of reports being broadcast by Americans to Americans since Tokyo Rose. Obama has launched a WWII disinformation campaign against the duly elected President of the United States. War tactics are being used by Americans against Americans – no bullets required.

The mainstream media, Hollywood, and Internet behemoths are colluding to disseminate the false narrative of the Democrat Party. They are using media disinformation internally against a sitting American president because the Left perceives themselves to be at war. The Leftist “ends justifies the means” mentality rationalizes its anti-American disinformation treachery because wartime protocols are different from peacetime protocols. The Left arrogantly believes in the righteous superiority of its cause just like every other despotic regime in history. The Left is staging a non-military coup. This is how their disinformation war works.

From its inception the Mueller investigation was designed to bring down President Trump. A falsified dossier paid for by the Democrat Party deviously used to authorize illegal spying on the Trump team was the basis for the spurious “investigation” into Russia-Trump collusion during the 2016 election. President Trump’s firing of James Comey is being linked to the dossier to support an “obstruction of justice” charge. Here is the problem. President Trump has the legal authority to fire James Comey and since there was no Russian-Trump collusion what is the basis for a charge of obstruction? There is none.

But facts are irrelevant to Obama’s Resistance movement. It concerns itself with optics not facts so CNN persists in making outrageous false allegations to associate President Trump’s name with wrongdoing. They continue using the word “obstruction” to associate the President with obstruction even though there is no obstruction. It is staggeringly manipulative, deceitful, and serves as a useful deflector because the Mueller investigation has boomeranged onto its investigators and is exposing their own crimes and those of the colluding Democrats.

Swamp Democrats Hillary, Mueller, Comey, Strzok, Page, Wray, McCabe, Mills, Abedin, Rosenstein and swamp establishment Republicans like McCain are desperate in their efforts to halt the revelations of their crimes. Rather than report the staggering corruption, deceitfulness, and lawlessness of swampsters CNN challenged President Trump’s mental health with Yale psychiatrist Bandy Lee. Without ever examining President Trump and against APA ethics and protocols, the politically motivated unlicensed Bandy Lee publicly diagnosed the President as dangerous. Lee was immediately discredited so a few days later CNN trots out Sanjay Gupta’s equally political opinion. Gupta, a neurosurgeon, who never examined President Trump, attempted to override the examining White House physician’s expert opinion and the assessment of the cardiologists who actually examined the President.

The man behind it all

As the onion is peeled back and the stench grows it is Barack Obama who is at the center of the malfeasance. Barack Obama and his hope to change America from a constitutional republic into a collectivist socialist state in preparation for one-world government. Obama’s Resistance movement is the face of the Leftist war on America with its flagrant disregard for the rule of law, election outcomes, and the Constitution.

The Leftist Democrat war is an information war designed to dupe the American people into forfeiting their individual freedoms for the fantasy of collectivism. Obama’s seditious Resistance movement is selling snake oil to convince Americans that socialism is for their own good. Tokyo Rose deliberately disinformed patriotic American soldiers so they would lose their will to fight for a free world. The Leftist Democrats are using the voice of CNN to deliberately disinform the American public so they will lose their will to fight for a free America.

We must end the seditious Obama deep state challenge to the legitimacy of duly elected President Donald Trump and abide by the rule of law. It is time to reaffirm American patriotism and commitment to the Constitution. We cannot fail or America will surrender its freedom and become a third world nation where political power transfers by coup and not by ballot.