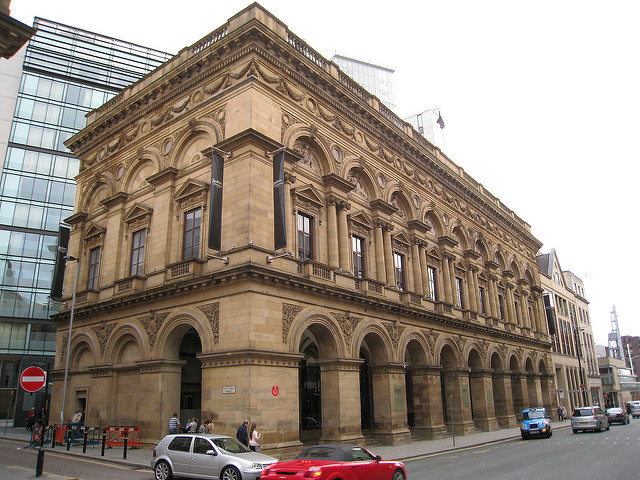 Today John Stossel released this article at TownHall.com: “Lies about trade.” In it he argues for his version of free trade. That version seems to call for unilateral trade disarmament. Let other countries dump their goods on our market. So what if we buy our every staple and raw or not-so-raw material from overseas? The free market will solve everything. But free trade is not so free as he says.

By way of background

President Donald J. Trump announced tariffs of 25 percent on steel and 15 percent on aluminum. He has exempted Canada and Mexico—for now—and invited other trade representatives to negotiate. In other words, President Trump is returning to the principle of sovereignty in foreign relations. He will not let a bunch of corrupt bureaucrats in some European city having a jaw-breaking name tell him how to run his country. (My words, not his.)

On that same day, your editor set forth this defense of tariffs. Briefly, thus: free trade sounds fine and dandy. But we live in an imperfect world. And in that world, human beings and their societies must deal with two concepts foreign to libertarians: crime and war. As Ayn Rand (“The Nature of Government”) said, people need governments. Someone must act to protect people from criminals and foreign invaders. So the people must pay for that.

Tariffs are the fees we pay to make sure the goods we buy from abroad, arrive safely. They also are a means to protect war industries. A country that cannot equip, feed, transport, and support a typical infantryman without relying on outside supplies will lose the first war it must fight against a power with a blue-water navy of any size.

The key word is: blockade. The Federals did it to the Confederates in the War Between the States. We and the Japanese did it to each other in World War Two.

Why free trade is not free

John Stossel mentions several assertions from advocates of tariffs. He calls those assertions lies. But here he displays the same fault Ronald Reagan noticed in liberals.

The trouble with our liberal friends is not that they’re ignorant. It’s just that they know so much that isn’t so.

John Stossel has the same problem. Herewith an attempt to educate him.

Lots of things are essential to America – and international trade is the best way to make sure we have them. When a storm blocks roads in the Midwest, we get supplies from Canada, Mexico, even China. Why add roadblocks?

First, Stossel neglected to note Trump’s temporary exemptions for Canada and Mexico. Second: say a storm blocks roads in the Sierra Madre and the Canadian Rockies. Now assume typhoons (or hurricanes, depending on where they lie in relation to the Equator) stopper or wreck Chinese harbors. Now where do we get our steel? Can we ride out the storms with what we have, if we have no industry of our own? Now suppose instead of typhoons and hurricanes, we deal with an embargo. The Chinese are not our allies. The drive to conquer the world did not die with the last emperor. Steel is a war industry, and one of the most basic of them.

How did we ride out World War Two? We rationed steel, and rubber, and household staples, and much else. Rationing will get libertarian underwear in a twist, same as tariffs. Nor will rationing last indefinitely. A society can no more live decade to decade on emergency rations than a city can withstand siege indefinitely.

No, free trade is not free. We paid for the trade we have in blood, sweat and tears.

Where the steel comes from

Today, most steel we use [comes from] America. Imports come from friendly places like Canada and Europe. Just 3 percent come from China.

Figures, please. Furthermore, explain how the steel will keep flowing from Europe if Muslims take it over. As they have sworn to do. Trade, even free trade, cannot avail against ideology. As your editor said before: free trade works best between and among:

China is neither. Europe have already forgotten our rescue of them and is starting to speak Arabic. Canada might act like an ally—though not entirely, with Justin Trudeau in command. We have only one true-blue ally in the world today: the Republic of Israel. And we’re more likely to sell them steel.2

The rules of the game

Economies thrive when [people have] clear rules that everyone understands. Now we’ve got “The Art of the Deal,” one company and country at a time.

Of course we have. We call it sovereignty. Presidents before the Roosevelts (especially Franklin) did things this way all the time. General Agreements on Tariffs and Trade, Common Markets, and continent-wide Free Trade Agreements smack of one-world government. Worse, we must now depend on the good graces and honesty of far-distant bureaucrats. If they then insist we import everything and export nothing, what recourse have we?

How loud can you say “Olé”?

What pesos will you pay

For a Mexican Chevrolet?

Is our partner, the President says.

I wonder what he says

When the Buicks are made in Juarez?3

Trade deficits are not trivial

Actually, last year’s trade deficit with China was $375 billion. But even if it were $800 billion, who cares? All a trade deficit shows is that a country sells us more than we sell them. We get the better of that deal. They get excess dollar bills, but we get stuff.

Yes, we get stuff—until they decide our dollar bills are worthless. Or worse, they use those dollar bills to buy our land and our businesses and make us work for them.

Trade deficits are trivial. You run one with your supermarket. Do you worry because you bought more from them than they buy from you? No. The free market sorts it out.

A good analogy, as far as it goes. But we run a trade surplus with someone else. Our labor (or management or creative or other skill) for someone else’s dollars (or pesos or yen or yuan). The problem: we are running an aggregate trade deficit. As any householder knows, no one can sustain that. It has turned us from a creditor nation to a debtor nation. And it will turn us into a bankrupt nation.

Reminder: free trade is not free

2Happily, Israel struck oil recently. If the well proves out, this could change the game for them.

3Comedian, lyricist and pianist Mark Russell sang these lyrics to the music of the Mexican Hat Dance.

Libertarian government: how would it look?