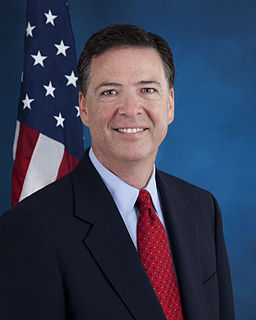 3.30.18: Noor Salman, wife of Pulse nightclub shooter Omar Mateen, was exonerated on all charges of aiding and abetting and obstruction of justice even though the jury was convinced she knew her husband was plotting the attack. WHY? Apparently the FBI had insufficient evidence against her. But why didn’t they have sufficient evidence?

Did the FBI neglect to gather evidence?

The jury foreman in the case, “I wish that the FBI had recorded their interviews with Ms. Salman as there were several significant inconsistencies with the written summaries of her statements. The bottom line is that, based on the letter of the law, and the detailed instructions provided by the court, we were presented with no option but to return a verdict of not guilty.”

WHAT? The interviews were not recorded? Why not?

● “Although there is evidence of potential violations of the statutes regarding the handling of classified information, our judgment is that no reasonable prosecutor would bring such a case.”

● “In looking back at our investigations into mishandling or removal of classified information, we cannot find a case that would support bringing criminal charges on these facts. All the cases prosecuted involved some combination of: clearly intentional and willful mishandling of classified information; or vast quantities of materials exposed in such a way as to support an inference of intentional misconduct; or indications of disloyalty to the United States; or efforts to obstruct justice. We do not see those things here.”

Political compromise at the FBI

The letter of the law exonerated the defendants in both cases? I don’t think so. In both cases the FBI failed to make its case. Is the FBI an organization of bunglers? Or has the FBI been so compromised and politicized by Obama and the Deep State that it failed its mission to protect the American people and uphold the Constitution?

Thanks to the persistence and perseverance of Tom Fitton, president of watchdog organization Judicial Watch, and Senator Ron Johnson (R-Wisc.) we know that Comey’s original memo was altered. Comey’s draft read:

“There is evidence to support a conclusion that Secretary of State Clinton, and others, used the private email server in a manner that was grossly negligent with respect to the handling of classified information.”

Reference to Hillary Clinton’s illegal private email server were removed. Grossly negligent is a criminal offense – extremely careless is not. Of course the FBI could not find a single case to support bringing criminal charges! The altered language in Comey’s memo intentionally perverts the letter of the law to exonerate Hillary Clinton. Why?

The FBI was called upon to investigate both Salman and Clinton. The FBI is not an organization of bunglers – far from it. But the FBI has been politicized beyond recognition by Obama and the Deep State. So what does absolving these two FBI sister wives accomplish?

Beyond protecting Obama and his administration, absolution erodes public confidence in the FBI, the rule of law, and validates suspicions of a two-tier system of justice. When the rule of law breaks down, lawlessness follows, ultimately leading to anarchy. Anarchy is the goal of the Deep State because it provides the chaos necessary to nationalize the police force.

Serving the interest of the Deep State

If you want to know the motive look at the result. The aftermath of the FBI investigations and sensationalized reporting of the Pulse nightclub massacre, Las Vegas shooting, and Parkland School shooting tragedies expose a principal objective of the Deep State – gun control. The current hysterical leftist cries for gun control are designed to leave the public disarmed and unable to protect itself from a nationalized police force.

The Deep State requires a disarmed public to implement its New World Order of one-world government – ruled by themselves, of course. President Trump’s America-First presidency, with its commitment to American sovereignty, has destabilized the Deep State. Obama, the primetime spokesman for the Deep State, promised to transform America. In 2008 most Americans had no idea that his promise was a pledge to socialize and then internationalize America into a New World Order ruled by globalist elites. Now we know.

The Deep State is populated by a species of politicians interbreeding and colluding to increase the population of their own breed of collectivism called globalism. Globalism is internationalized collectivism. A system of governance that denies national sovereignty, individual freedom, and ownership of personal property. Like socialism and communism, globalism promises social justice and economic equality. But just like socialism and communism, globalism will provide a three-tier infrastructure of enslavement.

At the tip of the pyramid will be the few globalist elite power brokers living in splendor who own everything and dispense goods and services as they deem appropriate – “for the public good,” of course. The second tier belongs to the globalist enforcers who implement the will of the elite and keep the population in line. The third tier is the pyramid’s enormous base and belongs to the enslaved population duped by promises of free stuff to surrender their individual freedom.

The Washington Ponzi swamp is the habitat of the Deep State and the rivers that supply it have lettered names – FBI, CIA, DOJ and NSA. What the absolution of FBI sister wives Salman and Clinton reveal is that politicized government agencies do not support the United States Constitution and rule of law. They support the promises of Deep State pyramid schemers intending to bring Obama’s collectivism and one-world government to America.

Who Poisoned The Skripals